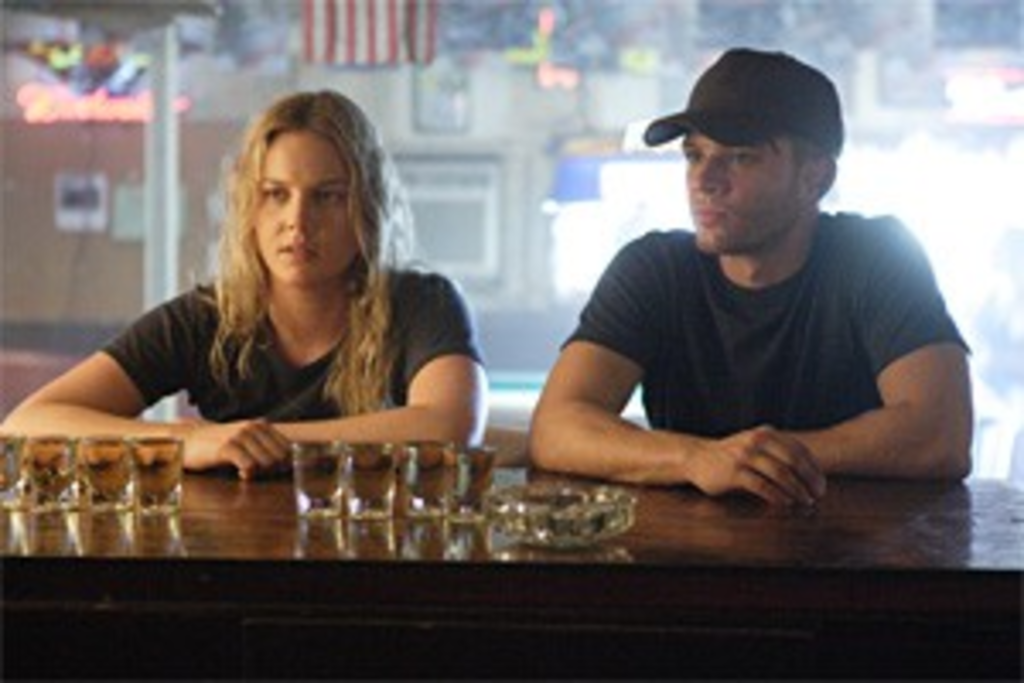 Considering that the war in Iraq has proven to be Washington’s shot-by-shot remake of Vietnam, it’s only natural that Hollywood has followed suit, giving us a series of Iraq-themed films that can be set neatly alongside their Vietnam-era counterparts. Just as the initial wave of angry anti-Vietnam documentaries (In the Year of the Pig, Hearts and Minds) gave way to starry, fictionalized portrayals of home-front disillusionment, so the surfeit of nonfiction Iraq War protest pictures led by Michael Moore’s belligerent Fahrenheit 9/11 has now yielded the likes of In the Valley of Elah, Grace Is Gone, and Kimberly Peirce’s Stop-Loss.

Serving roughly the same cathartic purpose that movies such as Coming Home and The Deer Hunter did for audiences of the ’70s, Stop-Loss addresses the unpleasant aftershocks of our latest unpopular war — the maimed bodies and marriages; the PTSD; the loss of faith in God, Uncle Sam and Chief George — from the perspective of the soldiers themselves. It could easily have been called The Worst Years of Our Lives.

Clearly, this has created a certain amount of in-house anxiety at Paramount, the studio that produced Stop-Loss and has gone out of its way to keep the words Iraq and war out of the movie’s ad campaign — even trying to put the brakes on potentially beans-spilling reviews like this one. In the end, Stop-Loss‘ evening-news topicality proves both an asset and a liability — an irresolvable structural conundrum.

The film so effectively reconstitutes those Vietnam-homecoming touchstones that we can anticipate its every move well before it makes them. Some of Peirce’s soldiers return upright, some on wheels. On cue, they begin to go a little crazy — picking bar fights, convulsing with night terrors. One GI decides to blow his head off, another voluntarily re-enlists and a third goes AWOL.

Of course, it’s hardly Peirce’s fault that life has chosen to imitate life, and for all of the film’s familiarity, there are moments in Stop-Loss that crackle with uncanny verisimilitude. Following a nerve-fraying firefight between U.S. soldiers and Iraqi insurgents in a narrow Tikrit alley, the movie really springs to life once it touches down deep in the heart of Texas, where three survivors of that ambush — Sergeants Brandon King (Ryan Phillippe) and Steve Shriver (Channing Tatum) and a fellow officer, Tommy Burgess (Joseph Gordon-Levitt) — return to their families amid much pomp and streaming tinsel. In high school, Brandon and Steve were star players on a championship football team; now, they’re another kind of conquering hero, pinned with medals by a smiling senator while a marching band plays and proud parents wipe tears from their eyes. As she ably demonstrated in her previous film, the Oscar-winning Boys Don’t Cry, this is the sort of thing that Peirce (who co-wrote the Stop-Loss screenplay with Mark Richard) does very well: She puts blue-collar, red-state American life onscreen without glib irony or smug disdain.

Stop-Loss is on considerably shakier ground once the title — shorthand for a loophole in military contracts that allows soldiers to be redeployed in wartime even after fulfilling the terms of their service — comes home to roost and Peirce shifts her focus from the vicissitudes of small-town life to one man’s fight against the military-industrial complex. “You’re going to send me back for 11 more years?” Brandon asks upon receiving his new orders. “Fuck the president!” he adds for good measure, before busting out of the stockade and taking to the highway in the company of Steve’s alienated ex-fiancée (the superb Australian actress Abbie Cornish). That’s about as political as Stop-Loss ever gets. Like Coming Home, it doesn’t oppose the war at hand as much as it objects to all wars. It’s a work of blanket pacifism.

In its second half, Stop-Loss becomes a road movie in which AWOL Brandon tries to take his case to Congress. It’s a journey tinged with inevitability and some thudding melodrama.

Battle fatigue becomes Phillippe; probably the young actor’s best performance to date was as one of the false Iwo Jima heroes in Clint Eastwood’s Flags of Our Fathers, and he’s just as good here — there’s real terror on his face in the early combat scenes, and he makes Brandon’s sense of betrayal palpable later on. But even Phillippe is at a loss to sell scenes like the one in which a delusional Brandon opens a can of whoop-ass on some petty thugs, convinced that he’s confronting “Hadji” in the war zone.

Sincere without being especially memorable, Stop-Loss is undeniably some kind of achievement. Five years into Vietnam, American movies had scarcely begun to grapple with the war; at the same point in the Iraq campaign, they’ve already moved from reportage to outrage to something like contemplation. That may make Stop-Loss a necessary link in the bridge from Michael Moore to the eventual Iraq II equivalent of Three Kings. For that, I salute it.