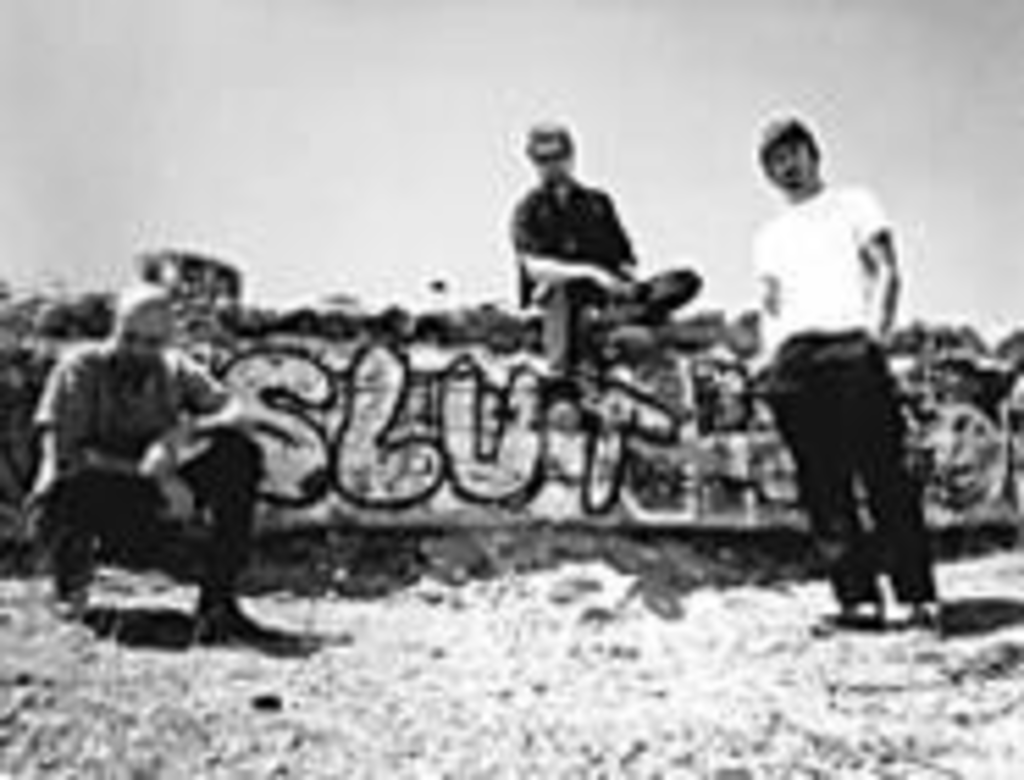 If God is in the stereo, flipping through the stations, as the Queens of the Stone Age contend on their latest album, then the devil is behind the drum kit, trying to give the good Lord something worth listening to, for a change.

“It’s been ten years since the last musical revolution, and it seems like a good time for something to give,” says Queens drummer and Foo Fighters frontman Dave Grohl, a man who should know. As the timekeeper in Nirvana, Grohl was a key component of the last band that precipitated a revolution in modern rock. Now, with the recent success of the Hives, the White Stripes and the Strokes, Grohl sees the thunderheads massing once again, and adding his powder-keg backbeat to the Queens’ equally brutish and blissed-out charge just might be enough for the Queens to break out the way those bands have done.

“Well, since the last time I changed rock history … ” Grohl says in a faux pompous tone before continuing with a chuckle, “a lot has happened, where, all of a sudden, the underground was exposed in the early ’90s, and people were interested in finding new sounds. But after five or six years of the lead singer in the fuckin’ gas-attendant shirt, people wanted a little more adventure. People weren’t really challenging stuff, for a lot of different reasons.”

But challenging folks is this band’s bread and butter, as anyone who caught Queens of the Stone Age on their fish-out-of-water Ozzfest stint in 2000 knows well. Bassist Nick Oliveri — the only man ever to be kicked out of the coke-addled Dwarves for being too unruly — often played completely nude, while singer-guitarist Josh Homme heckled both the crowd and the other bands on the bill. Not surprisingly, the two play well off each other: Oliveri as the slave to his own id; Homme as the highly literate aesthete, more into reefer and reading than fighting and fucking. Together, they form one of the more onerous, enigmatic duos in modern rock, one that seems to delight in their fans’ inability to grasp their motives.

“Without mystery, you don’t really have anybody thinking,” Oliveri says. “We want to make music that makes people go, ‘Why did they do that? Why is this song like that?’ That’s the reason: Because it’s unexpected. Nobody else is doing it right now. Bands used to take chances and put steel drums on a song. For what reason? I don’t know. Because it works in that part.”

Queens of the Stone Age’s lack of inhibition — creatively and chemically — is manifested on Songs for the Deaf, the band’s acclaimed third album. Buoyed by a slew of guest musicians (including former Screaming Trees frontman Mark Lanegan, Dean Ween and Blag Dahlia from the Dwarves), enough pills to stock every Osco in America, and a backdrop of the California desert (where much of the album was conceived), Deaf is like the Burning Man bacchanalia captured on wax.

Unlike 2000’s Rated R, Deaf tempers the manic adventurousness with more of the barrel-chested riffing that cemented the band as a stoner-rock forebear — a designation the Queens have never endorsed. Such tags originated with Homme and Oliveri’s time in Kyuss, a scene favorite often credited with birthing the modern stoner-rock movement. Rated R‘s wayward experimentation, in fact, seemed like a conscious reaction against their stoner-rock affiliation.

“Josh took it a little far,” Oliveri says with a laugh, recalling the brusque, abstruse music on the album. “But he knows what he wants to do, and I think he produced a really good record.”

On Songs for the Deaf, the many chemically enhanced eccentricities of Rated R are grounded in a guitar sound as mammoth as the band’s bar tab. Homme emits cool with his detached, seductive delivery; Oliveri supplies the teeth-gnashing with his spiky bass and punk shrieks; and Grohl, who performed on the record but isn’t part of the current tour, hits the drums like a linebacker. And when Lanegan enters the fray, it all sounds something like Tom Waits fronting Black Sabbath.

The album is divided by a handful of segues that approximate FM dial surfing on a road trip from smoggy, urban L.A. to the wide-open space of the California desert. The songs themselves follow suit, going from the howls of the album-opening “Millionaire” to the calming, Zeppelinesque coda “Mosquito Song.” It all makes Songs for the Deaf the most effective amalgamation of force and finesse the Queens have hit upon yet.

“I think it’s going to gain a lot of new people — maybe lose a couple — but I think it’s going to get back a lot of people that were into the previous band, Kyuss, because the first record was more on the Kyuss tip,” Oliveri says. “We lost some of the guys in the crowd that were into the heavy-only stuff. And that’s cool. They can leave their girlfriend there. She’ll watch, and he can go to the bar.”

The Queens of the Stone Age don’t exactly aim to please, but they do put some fire back in the belly of modern rock.

“It’s like novocaine or fuckin’ McDonald’s,” Grohl grumbles, expressing his discontent at the bland state of rock and roll nowadays. “It’s hard to imagine people really listening to an album with headphones on like you used to fuckin’ listen to Dark Side of the Moon or Zeppelin III, to catch all the little mistakes and nuances of the songs and the human element of the music, which has been lost, and which is something that this band seems to display rather proudly.”

Right along with their fists.