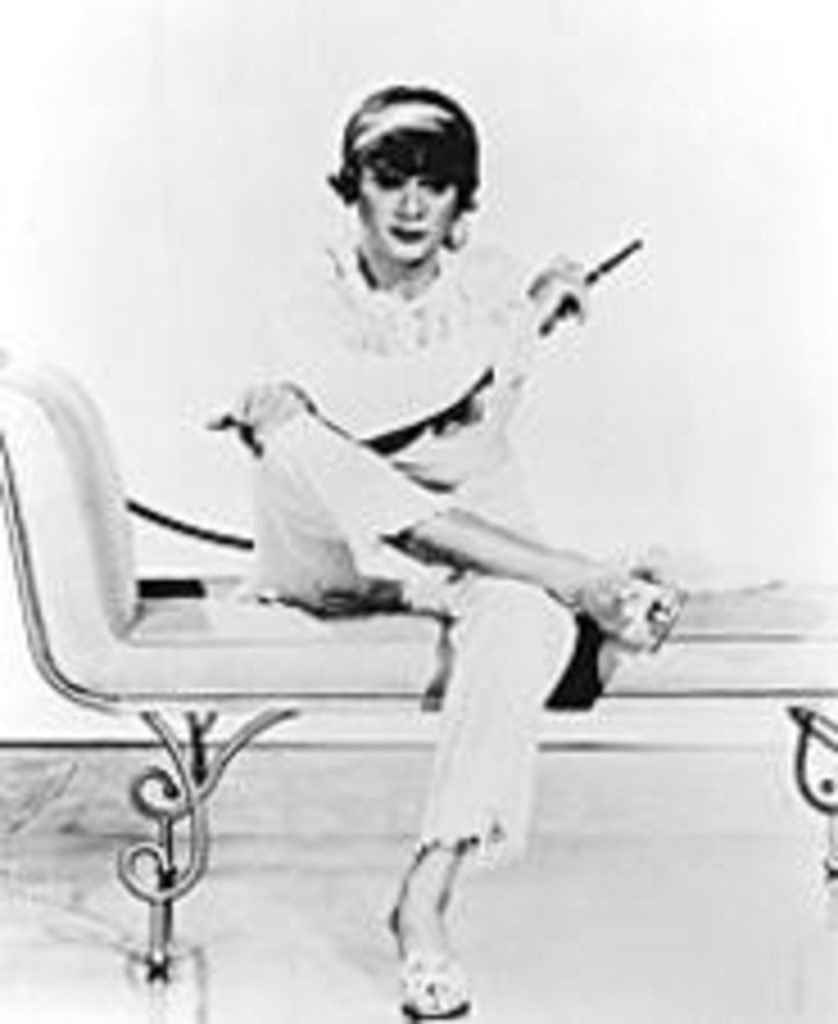 Tony Curtis couldn’t be any prouder of his best film roles if they were his children. And in a way they are. In a phone interview with the Pitch, he’s eager to mention Some Like It Hot — which he brings to Starlight Theatre next week in a musical adaptation once called Sugar — but also reminisces about Spartacus, The Defiant Ones and The Boston Strangler.

Curtis gave what many say is his best performance in the acidic Sweet Smell of Success, playing a reckless, ass-kissing press agent pitted against Burt Lancaster’s omnipotent columnist. That film recently got a musical treatment of its own on Broadway; the show closed a few months after its critically skewered opening. Curtis says he didn’t get around to seeing it but notes — without boasting — that critics agreed that “nothing could hold up to the original.”

He isn’t sure how a movie such as Some Like It Hot — in which he and Jack Lemmon play murder witnesses who elude the mob by dressing as female musicians and joining an all-girl band — becomes a classic. He does allow, though, that during filming, he worked “as hard as I worked on Spartacus” — and also had a ball.

“We knew it was humorous but didn’t really know it would become what it became,” Curtis says. “The meaning comes after the work. Everyone says on every picture, ‘We’re making the best movie ever.’ But you never know. With this one, though, that something happened.”

At 77, Curtis eagerly signed on for the current musical production. But he’s not vain enough to think he could step back into the three roles he played in the film: Joe, the down-on-his-luck artist; Josephine, the serious but shapely woman he impersonates; and the phony millionaire who pursues Marilyn Monroe’s Sugar. Instead, after 106 movie roles, Curtis makes his stage debut as the eccentric millionaire (played by Joe E. Brown in the film) who pursues Josephine’s friend Daphne. The part allows him to deliver what Curtis calls “the funniest closing line of a movie of all time.”

He says the eeriest moments onstage are those he plays against Arthur Hanket’s Josephine. “I look into his eyes and say to myself, ‘Don’t I know you from somewhere?’ It’s surreal.” Curtis didn’t do much coaching when it came to the part he had patented. “[Hanket] came to me to ask, ‘What do you think of this line or this reading?’ I told him to just be himself and make the role his own.”

What would his Some Like It Hot director, Billy Wilder, who died in March, think of Curtis’ stepping back into the story 45 years later? “I had hoped he would live to see it,” Curtis says. “Though he couldn’t talk at that point, I went to see him and would fill out what has happening for him. He was enjoying hearing about it.”

Curtis says his theatrical premiere is “an uncharted road,” which will tour the United States for at least a year and then test the waters for a possible Broadway run. “I’m having a wonderful time. Here I am at 77 singing and dancing in a musical. And I’m not up there in a wheelchair. I’m very privileged.”