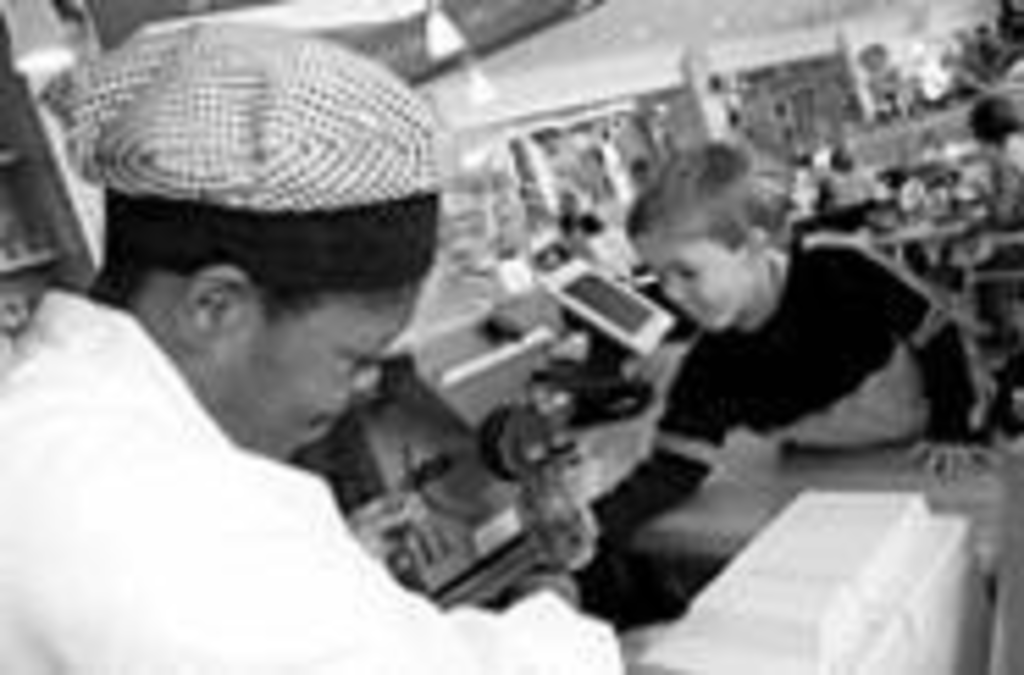 My life as a food critic began in kindergarten. Not that I realized it at the time, of course. I was a relatively unfussy eater as a toddler, but even I drew the line at eating crayons. Not so for several of my classmates at Public School No. 86, who gnawed on those thick school-issue Crayolas as if they were licorice sticks. “They’re really good!” confided my neighbor Billy, flashing a waxy blue smile. Billy also ate that sweet-smelling white paste we used for gluing colored paper together. It didn’t seem to have any ill effects on his health (though he did grow up to be an attorney), and no one, including our hatchet-faced teacher, seemed to think his snacking habits were odd.

I did, however, and gave him the evil eye every time he shoved a freshly sharpened crayon into his mouth. I asked my mother why some kids preferred eating crayons to coloring with them. My mother — as charmingly clueless as the 1950s housewife played by Julianne Moore in Far From Heaven — giggled and replied, “Some kids don’t like to eat fish sticks, either.” It took me years to figure out what she meant. Fish sticks or blue crayons — it’s simply a matter of personal taste.

Learning the art of discriminating eating should start early, which is why a restaurant like the three-year-old Crayola Cafe has a lot of potential. The menu isn’t dumbed down like most kid-friendly restaurants’, nor is it so coyly sophisticated as to turn off a youthful palate. The place is bright and colorful, and the service is friendly. So why did I cringe every time I went there? After three meals at the Crayola Cafe, I’ve decided that although the place has all the right colors and talent to be something more special than a lowbrow diner, it’s missing that creative spark that might make it extraordinary. There’s a certain magic associated with the Hallmark-owned brand name Crayola: Just ask anyone who remembers flipping back the cardboard lid of his or her first orange-and-green box containing the 64-color assortment. Those perfectly formed little wands of vibrantly colored wax glowed like jewels. Magic!

Whereas the Walt Disney Company is masterfully shrewd when capitalizing on its product name, Hallmark and its Culinary Concept unit fumble with their hometown Crayola Cafe. The food, overseen by chef Kelli Billingsley, isn’t artful in any fashion. In fact, it’s numbingly dull. The sandwiches are no more interesting than those found at any corporate casual chain, and the main dishes couldn’t be more bland or served with less flair. Yes, there are a few gimmicky choices aimed at kids who prefer playing with their food to eating it, including a “Make-Your-Own Peanut Butter” option served with crustless toast rounds, apple slices, bananas and caramel popcorn. If it sounds more like a game than a meal, it is.

The place could use a little spiffing up visually as well. The location, on the second-level terrace of Crown Center, overlooking the building’s indoor atrium, doesn’t lend itself to much in the way of colorful décor. There are no interior walls, so the only decorative elements — aside from the paper placemats — are architectural ones (a massive ring of lights floating above the “bar,” for instance). Oh, there are oversized Crayola props, too, but they’re scrawled with more graffiti than any New York subway car.

The artistically inclined can scribble on the placemats with a selection of Binney & Smith’s newest colors (changed every Sunday, for those diners who prefer virgin wax), placed at each table along with a “children’s menu” that’s so tiny I didn’t even notice it until my final visit. By then, we’d already ordered. I’ve seen postcards bigger than this laminated sheet, and the microscopic print was more difficult to read than the etchings on the Rosetta stone.

The “grown-up” menu, though, has print large enough to grace the top line of an eye chart, and it’s written in terms so simplistic that it begs for some Hallmark card writer to come in and tweak it. Sometimes it’s also inaccurate. Take the fried chicken fingers on the appetizer menu. My fourteen-year-old goddaughter Roxanne ordered them as her dinner (one of us was, presumably, sitting on the children’s menu) and asked whether the chicken strips were deep-fried. Yes, she was told. And they may well have been, but in what? Valvoline? The unbreaded, dried-out slices of poultry looked as though they’d been scalded rather than cooked, and the accompanying “chile buttermilk” sauce was bland. So was the flavorless “herb dip” that came out with the delicious, paper-thin Homemade ‘Tater Chips. That concoction was straight sour cream, flavored vaguely like the stuff made with onion-soup mix, but there wasn’t enough mix added to it to make an impact. I was surprised to see the ubiquitous (and tired) artichoke-dip appetizer on the menu; I have yet to meet a kid who will touch it. The Crayola Cafe’s version was surely the greasiest I’ve ever had. It was also saltier than the tortilla chips piled next to it.

A bowl of the featured soup was a more pleasant surprise, loaded with carrots, celery, orzo and chunks of roasted chicken. While I ate it, I watched eleven-year-old goddaughter Alexandra take on a house salad — a healthy mound of fresh greens on a china plate that was unacceptable to her until she’d plucked off the offending onion, tomato and sliced mushrooms. Our friend Bob, age 45, also ordered a salad and got a doll-sized bowl containing about four bites of green stuff. Go figure.

Bob also ordered the adult version of baked macaroni and cheese. Unlike the orange, cheddary version listed on the kids’ menu, this one was a pale rendition made with white cheddar, Monterey Jack and mozzarella. It sounded flavorless, but that turned out to be an understatement — even with slices of chicken thrown in. Under a bubbly crust of baked cheese, the tubular noodles floated in a cloudy, watery broth. A chicken potpie was more attractive, but the old-fashioned stew of vegetables and chicken, partially hidden under a golden balloon of flaky puff pastry, scored more points for presentation than for flavor.

Ditto for twelve-year-old India’s bowl of pasta, which was tossed with grilled chicken, tomatoes, spinach and the dullest “pesto” I’ve ever tasted. I knew something was up when India reached for the salt shaker. I took a bite, then handed her the shaker; she knew what she was doing. Though I normally stay away from condiments, I found myself grabbing the salt as well — and the bottle of malt vinegar — to add some much-needed zest to the giant hunks of fried whitefish in the fish-and-chips dinner.

“Maybe you have to knock down a few of these cocktails to make the food taste better,” said my grown-up friend Jeanne, pointing to a specialty-drink menu that featured the Crayola Appletini (a potent brew of Absolut vodka, sour-apple schnapps and apple soda) and the innocent-sounding Cherry Life Saver (vodka, Amaretto and cranberry juice). There’s also an alcohol-free Chocolate Chimp, made with ice cream, chocolate syrup and banana. A shot of vodka might have enlivened the “freshly squeezed” lemonade, which is served mixed with Sprite. I requested mine without the soft drink added; it tasted like chilled Theraflu.

You might think a restaurant so focused on the whims of children would win a gold star in the dessert category, but with the exception of a “Build Your Own S’mores” plate (without the campfire, alas), the nine choices are decidedly uncolorful. The crumbly crust of an apple crisp was the same shade as a Crayola Bittersweet crayon, but underneath that pastry cap was a jumble of mildly spiced baked apple slices in a watery sauce. My goddaughters loved the concept of “Stix & Dips,” a combination of fresh fruit, marshmallows and candy sticks that could be dipped in chocolate syrup, strawberry purée or caramel sauce. But what arrived seemed thrown together helter-skelter, without a glimmer of imagination.

“The caramel sauce tastes like plastic,” Alexandra said. She was likewise unimpressed by the cellophane-wrapped “cocktail sticks” provided for dipping. “I would have preferred a cookie stick. Or even a pretzel.”

Or a crayon. But that’s another story.