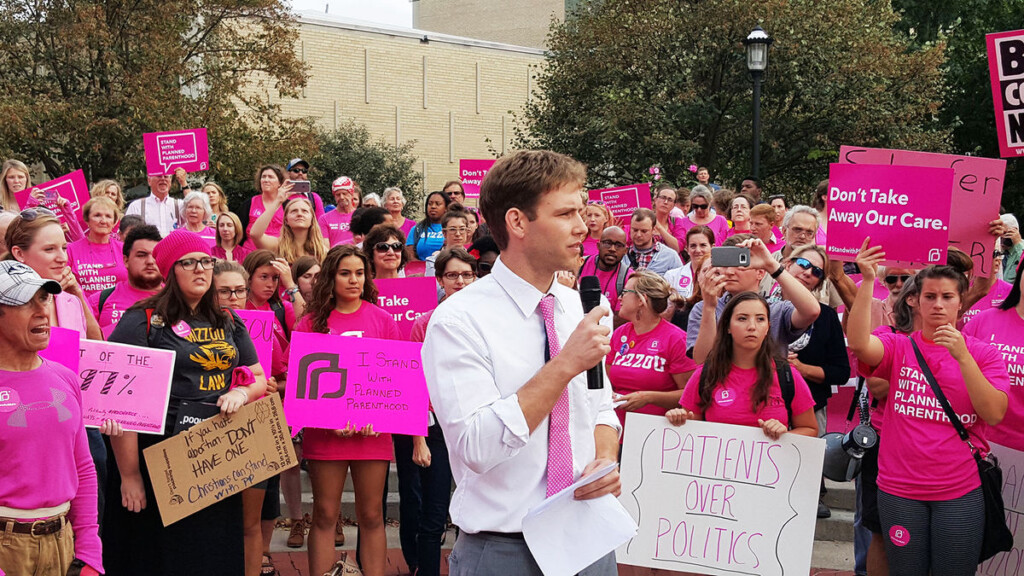 A former Democratic state lawmaker and Marine veteran announced Monday he was running for a Boone County-based seat in the Missouri Senate.

Stephen Webber, who served eight years in the Missouri House representing Columbia, ran for the 19th Missouri Senate District in 2016 but lost to Republican Caleb Rowden in a district that included both Democrat-leaning Boone County and GOP-leaning Cooper County.

Rowden can’t run again in 2024 because of term limits. And the redrawn district only includes Boone County, where Webber won more votes than Rowden.

Webber is an attorney and currently serves as political director of the Missouri AFL-CIO, the state’s largest federation of labor unions.

He grew up in Columbia and joined the Marines after the Sept. 11, 2001 terrorist attacks, eventually serving two tours in Iraq. When he came home, he went to law school while serving in the Missouri House.

“I’m proud that I was raised and went to public schools right here in Boone County,” Webber said in a press release announcing his candidacy. “It’s home for the people I care most about in the entire world and the community that raised me and gave me so much.”

After his unsuccessful run for state Senate in 2016, Webber served for a year as chair of the Missouri Democratic Party.

“At a time when extremists in the state legislature are dead set on ripping away our constitutional freedoms, Stephen Webber is the patriotic leader we need to fight for our working families and the foundation of our democracy,” said Jason Kander, former Missouri Secretary of State. “No one has fought harder for Missouri Democrats than Stephen Webber and he has the experience, grit and work ethic to get the job done.”

Webber said if elected to the Missouri Senate, he will “work with anyone to defeat extremism, ensure a quality public education for our kids, restore women’s right to choose, keep us safe, and create more economic opportunity for all of our workers, students and small businesses.”

With the redrawn district tiling heavily toward Democrats, Webber isn’t the only potential candidate considering the race.

Judy Baker, another former state representative who ran unsuccessfully against Rowden in 2020, told the Columbia Tribune last year that she is also weighing a possible run in 2024.