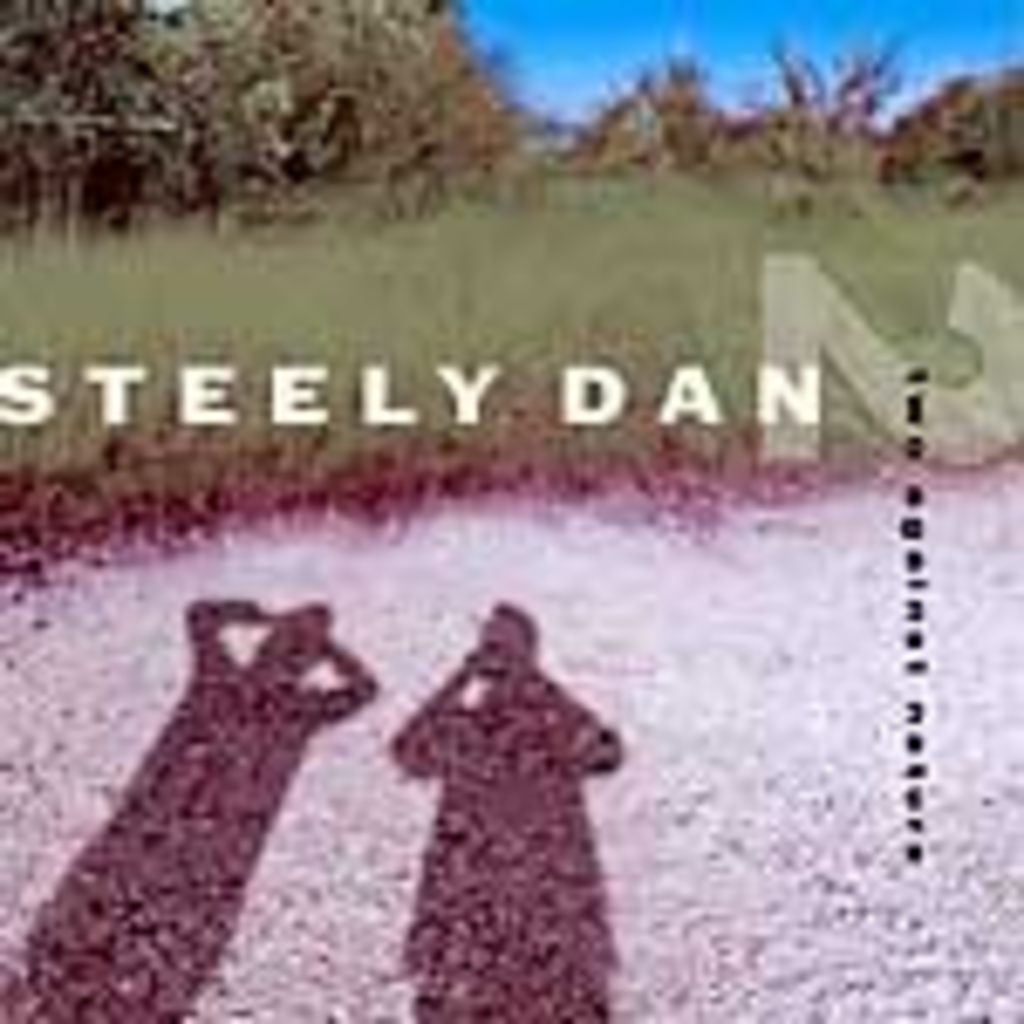 Well, this is going to sound strange, but the new Steely Dan album isn’t slick enough. Oh, there’s clavinet and Rhodes electric piano aplenty, and kicky jazz guitar, and horns, and metronomic drumming, and Donald Fagen’s familiar postnasal drip leading his narrators through a carnal wasteland. But something is wrong. The ridiculous sheen of its ’70s heyday used to blindingly reflect your worst impulses back with ironic musical precision. The Dan’s albums were the only ones of the era that, in spite of numerous drug references, were so well-played as to cause doubt that anybody in the studio was actually coked up. But that winking irony, captured mainly in guilty-pleasure arrangements so calculated they made The Eagles sound like The Sex Pistols, is mostly absent from Steely Dan’s first release in 19 years.

There’s no lack of fastidiousness on the 51-minute disc. Walter Becker’s guitar, taking over the lead from studio pros, has gained force in his time off. The title song has a groove Ricky Martin could love, even if it’s too buttoned-down to cause much bon-bon shaking. And “Almost Gothic” is “Deacon Blues” with a fresh Viagra prescription, reluctantly stepping into slump-shouldered middle age. Becker’s jazz chordings lap up against Fagen’s sly, anachronistic keyboard, offering a kind of reassurance unavailable to people with feathered hair the last decade.

Although many thrill-buyers will snatch up this adroitly-realized set, even fans will be hard-pressed to pick a song likely to scorch the request lines of classic rock stations in the coming years. Sure, lots of still-functioning musicians get more spin with their old stuff — them’s the facts. But that’s usually because they’re trying too hard to step away from the past. Steely Dan has, maybe with its irony stronger than ever, instead crafted an album without a trace of the in-between years, as though Two Against Nature was by an especially ambitious Dan cover band.

It’s an analysis too simple for the eggheaded, multilimbed studio beast that is Steely Dan, but it’s true: Everything’s here but the hooks. The lyrics are as smart as ever, tasty in the two familiar flavors: wittily ambiguous or ambiguously witty. The topics are nobly salacious, from come-ons aimed at pretty cousins to a murderous ménage à trois. The tempos cruise at a horny mid-tempo, goosed with crisp cymbal-riding and hi-hat flourishes. But what once was sterile is now also flaccid. Two Against Nature can be spun 30 times without its straight musical lines bending once to force submission — a grin, a sing-along chorus — which suggests that nature is winning. The bummer here is that there’s just enough fun on the album to make you hope it won’t be two decades before Becker and Fagen strike back.