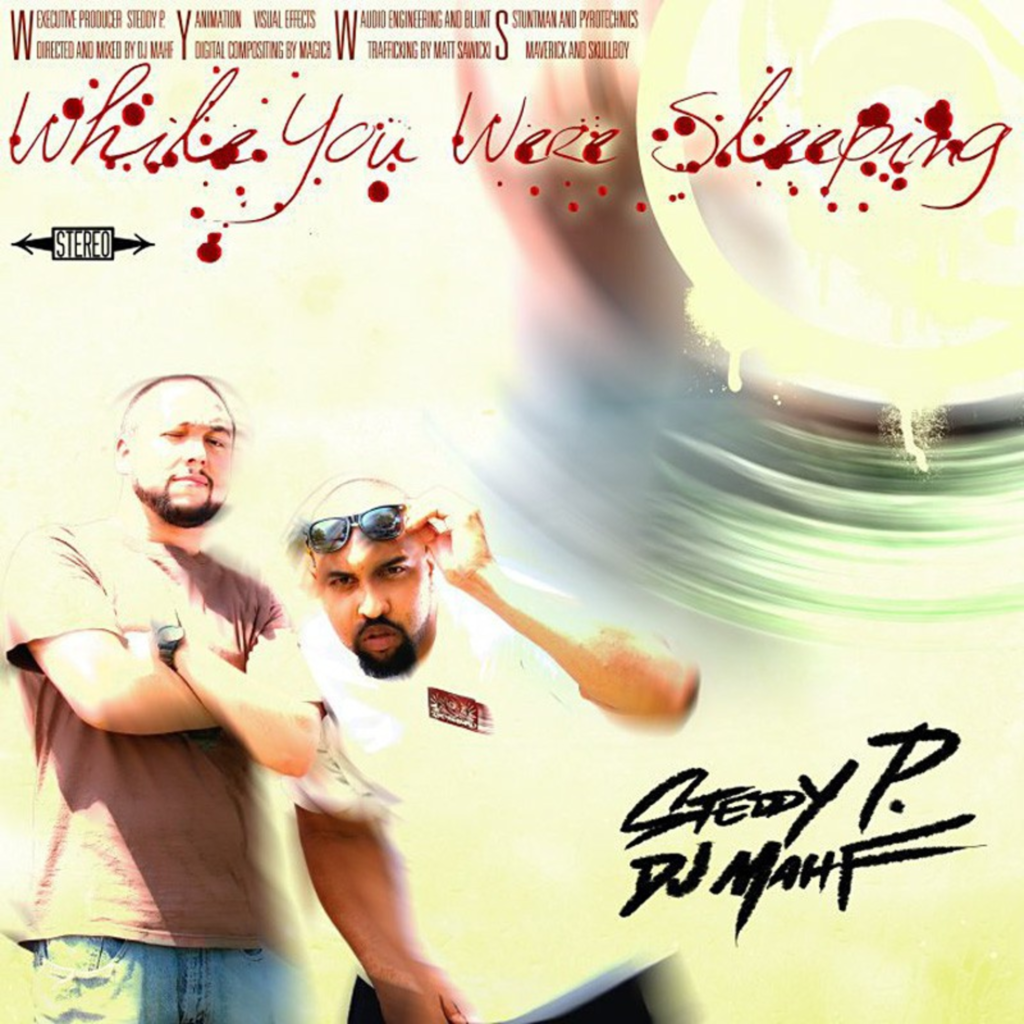 Steddy P’s newest release, a hybrid EP and mixtape produced by DJ Mahf and titled While You Were Sleeping, is a concerted kick in the ass to stir listeners from bitch-ass slumber. The local rapper’s 19 tracks of aural amphetamine also carry a subtitle worth consideration: “Evolution.” Throughout, Steddy P fires a barrage of mature rhymes. He has begun to master his own idiosyncrasies, pressing them into service with his distinctive voice, Tazmanian-devil delivery and offbeat fascinations. (There’s a monster inside of me, he brags on “No Doz.”) The results have a singularly potent sound. In name-dropping Michael Eric Dyson and author Charles Bukowski on “Rap Lessons,” Steddy cements himself as one of the city’s most bookish rappers. Though Dyson and Bukowski are unlikely bedfellows — Dyson has found fame fighting Bill Cosby and theorizing about religion and rap, whereas Bukowski’s hyper-masculine prose celebrates debauchery — the reference reflects a thematic complexity that elevates While You Were Sleeping from the yawning doldrums of predictable hooks and album-length dick-grabs.