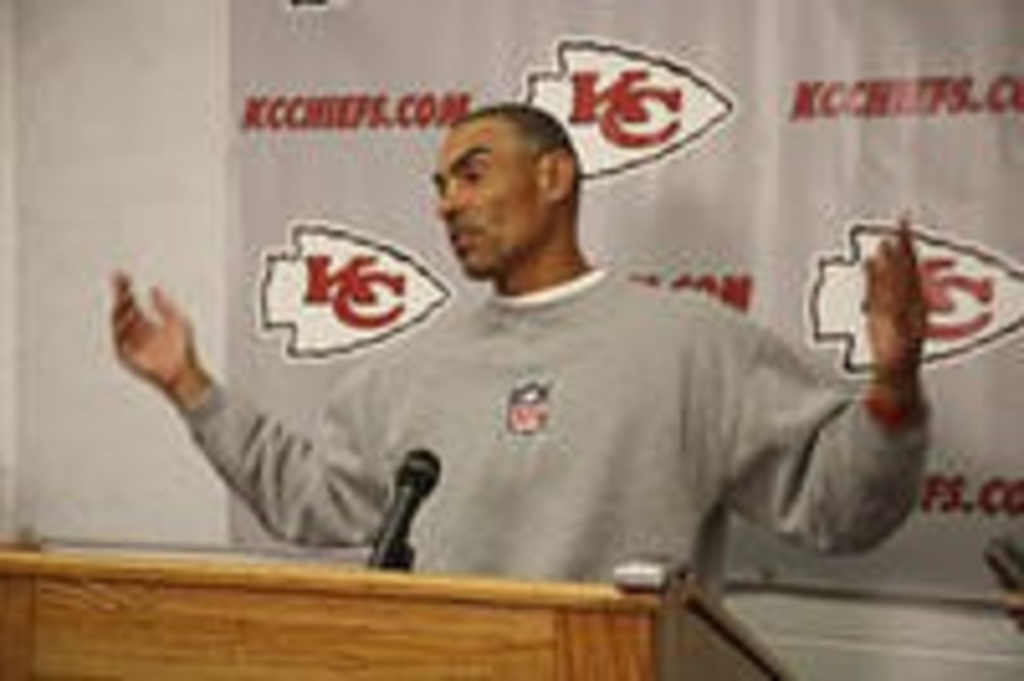 There’s a long waiting list for tickets for the Kansas City Chiefs’ 2009 season. Except, the line starts as soon as Herm Edwards and Carl Peterson get the boot from One Arrowhead Drive. Beavis, a poster on the Chiefs Planet message board, shared his e-mail exchange with a Chiefs season ticket salesman.

“I tell you what. Write my name down. As soon as Herm is fired and Carl resigns, I’ll be the first in line to buy tickets,” Beavis wrote.

You won’t be the first, the Chiefs sales guy wrote.

“I will write your name down. I have to tell you though, I have a long

here. If you get a deposit down today for only $100 per seat you are guaranteed great seat locations for 2009. Herm and Carl could be

gone, they could not. Worst case scenario you have great seats, or you

can simply apply that deposit to single game tickets next year. If you wait, you might not have a shot. Think it over and let me

know. If not, I will hold your name and contact you at a later date.”

Kansas City Chiefs football: Get your season tickets now before Herm and Carl are gone!

Hat tip to Zach Is Here.