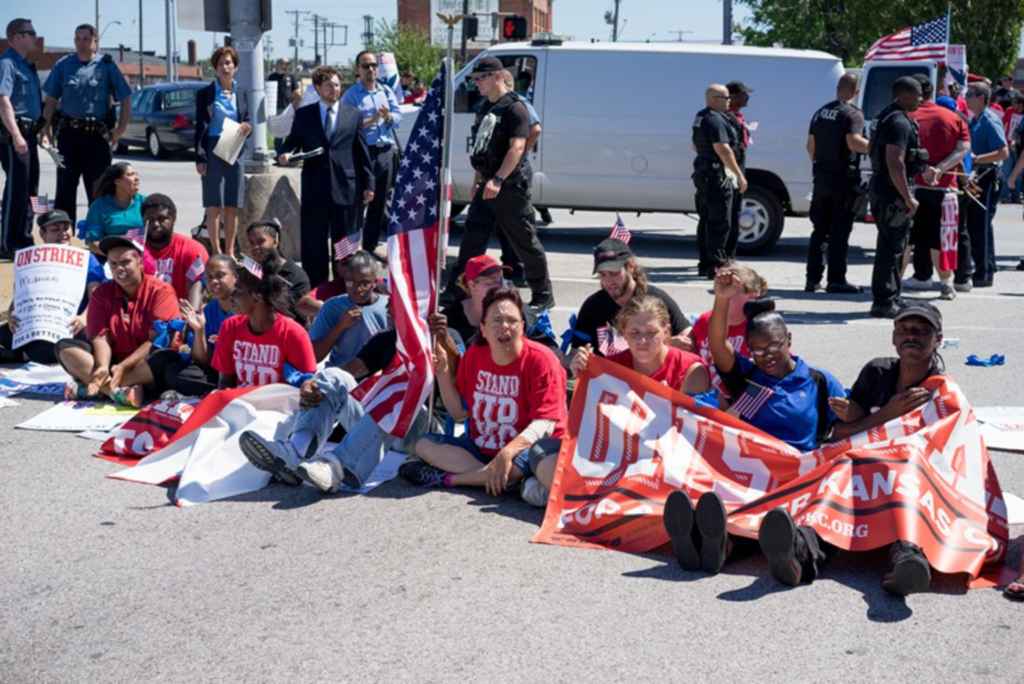 We tagged along with Stand Up KC, the local branch of the national fast-food workers’ movement seeking $15 an hour and a union for all workers, a few months back. There are some indications that the movement is starting to bring about change. According to Stand Up KC’s Facebook page, Popeyes in Kansas City has since given workers $0.50-cent raises and a shift meal; local Burger Kings are no longer training workers off the clock; and Gates, subject of a recent lawsuit for worker retailation, has reportedly raised its minimum wage by $1.

But the fight charges along. At the last round of rallies, in September, about 50 protesters were cuffed and hauled off in police wagons after engaging in civil disobedience outside a McDonald’s at 14th Street and Prospect. No word yet on what’s planned for tomorrow, but there will be gatherings in both KCK and KCMO:

At the most recent rallies, home-care workers joined the protest. This time around, airline workers — another low-wage service sector — will be joining the fight.