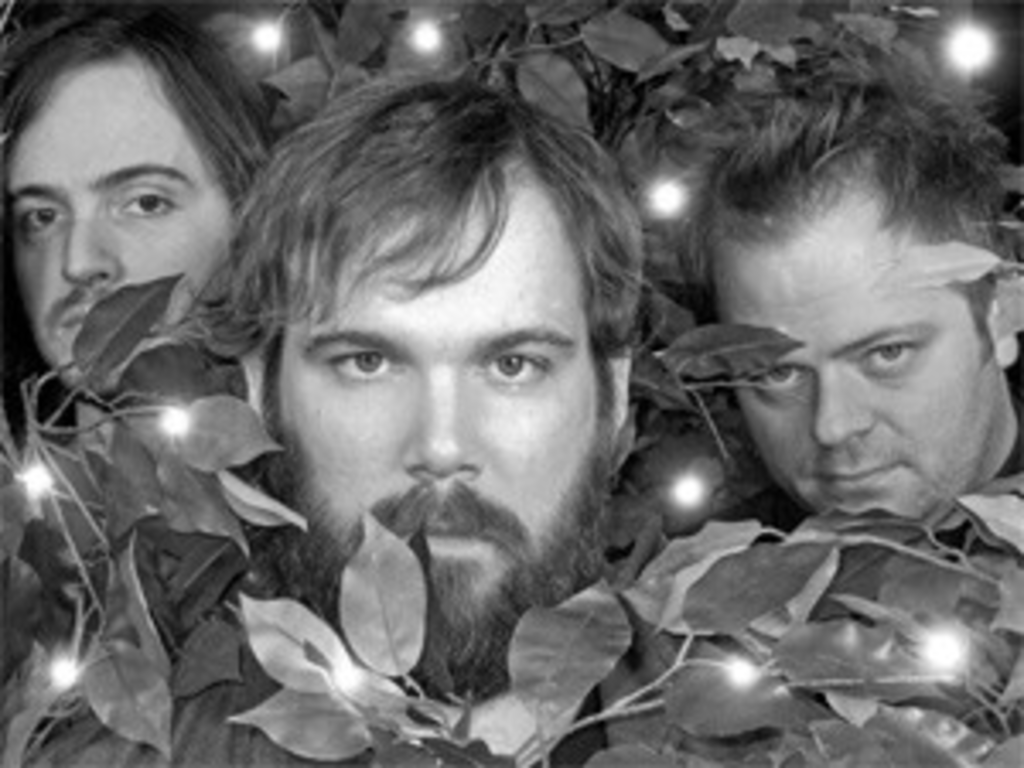 “Who’s the Guy Owns This Shithole?” by Riddle of Steel:

Near the beginning of a recent Riddle of Steel show at St. Louis venue the Bluebird, guitarist and singer Andrew Elstner’s amp went on the fritz. As he crouched down onstage to fix it, bassist Jimmy Vavak and drummer Rob Smith started improvising. It turned into a regular “Jazz Odyssey,” with faint hints of fusion and hefty doses of funk — music that’s quite unlike the band’s usual skull-splitting rock and roll.

Elstner laughs the next day when he remembers his bandmates’ improv, as the three men drink Blue Moon just after a photo shoot. Smith jokes, “That’s when you realized, ‘Yeah, they don’t really need Andrew.'”

Vavak adds, “It was funny because I was like, ‘You don’t want us to funk out,’ and everybody was like, ‘No.’ And then we started to, and then later people were like, ‘Actually, that’s cool.'”

As this incident demonstrates, Riddle of Steel has become rather adept at changing people’s perceptions of its music. Although firmly grounded in the grainy Midwest post-hardcore tradition (gritty melodies, rust-colored riffs), the band also incorporates plenty of stoner-rock sleaze and prog complexity. In fact, the thought that goes into Riddle’s songs might surprise skeptics; during this interview, the band dissects its music with the care of a surgeon, analyzing everything from strange tunings to the unorthodox way it uses rhythms and bass lines.

Riddle of Steel’s roots date back to the late ’90s, when Vavak and Elstner knew each other from the St. Louis music scene. (The former booked the now-extinct Rocket Bar and played in Five Deadly Venoms; the latter managed a rehearsal space and punk-rock venue.) The pair formed Riddle in late 2000, after Elstner moved back to town from San Diego. The 2001 Burn EP and a 2003 full-length, Python, soon followed.

After going through various drummers in its early years (among them, Russian Circles’ Dave Turncrantz), Riddle finally settled on Smith in May 2004. Besides being a talented musician — ferocious and unrelenting live, he had Riddle’s songs down cold even before he joined the band — Smith has anchored the band, giving it a focus and permanence it lacked in the past. (An odd paradox: He still lives eight hours from St. Louis in Oklahoma City, where he drums in fellow post-hardcore outfit Traindodge — which is how he became friends with Riddle.)

“This is the first time I’ve ever been a part of two recordings with the same drummer,” Vavak says. “It’s always been one about to leave or one who just started. [In the past] it’s been fast, quick, awkward — you know, trying to get comfortable with somebody and trying to see what they can do and what you can do with them. It’s always been rushed, and so songs have been thrown together. This took a lot of time. We hustled it, but everything came a lot easier.”

Vavak is referring to 1985, Riddle’s newest album. The title might be a cheeky nod to Van Halen’s 1984 (a big fan, the bassist recently flew to New York to see David Lee Roth and company at Madison Square Garden), but there’s nothing ironic about the album. Its guitar riffs are pure shit-kicking rock and roll, hooky and monstrous without being cheesy, from the slow-motion campfire-burn of “Loose Talk” to the spring-coiled twang of “Who’s the Fella Owns This Shithole?” Elstner has one of the most distinctive voices around, a nonchalant sound as silvery-metallic as that of Failure’s Ken Andrews and as menacing as that of Queens of the Stone Age’s Josh Homme.

Even more impressive, Riddle’s rhythm section is locked in like a game of Tetris. Whereas 2005’s Got This Feelin’ perhaps was more indebted to the textured prog of the Police (another big Riddle influence), 1985 leans toward classic rock without feeling musty or stale.

After working with Oklahoma-based Carl Amburn on Feelin’, the band traveled to Kansas City to work with Paul Malinowski (Shiner, Season to Risk)on 1985.

“When you record with Paul, you spend two days just recording drums,” Smith says. “Each of us had a dedicated time period where we just focused on getting good sounds.” Elstner adds, “There’s more of a focus with Paul on, like, getting, naturally good sounds, as opposed to tweaking it later in postproduction.”

To add to its underground-rock pedigree, 1985 was mastered at the Blasting Room, the studio of Descendents drummer Bill Stevenson. But no amount of mastering can save an album if the songs aren’t up to par, and that’s what stands out on 1985: the songwriting. Just listen to “Quiet Now,” a vibrant, radio-ready single with needling guitars and nervous-energy percussion that worm their way into your head and won’t leave.

“The much more elusive thing about being in a band is actually being able to write a really good song,” Elstner says. “No songs, no bands. We don’t sound like fuckin’ Tom Petty, but I have so much respect for the guy, like, to write such timeless fucking songs. It’s easy to write a complex song, but it’s really hard to write a simple, straightforward song that is just as fresh-sounding and exciting.”