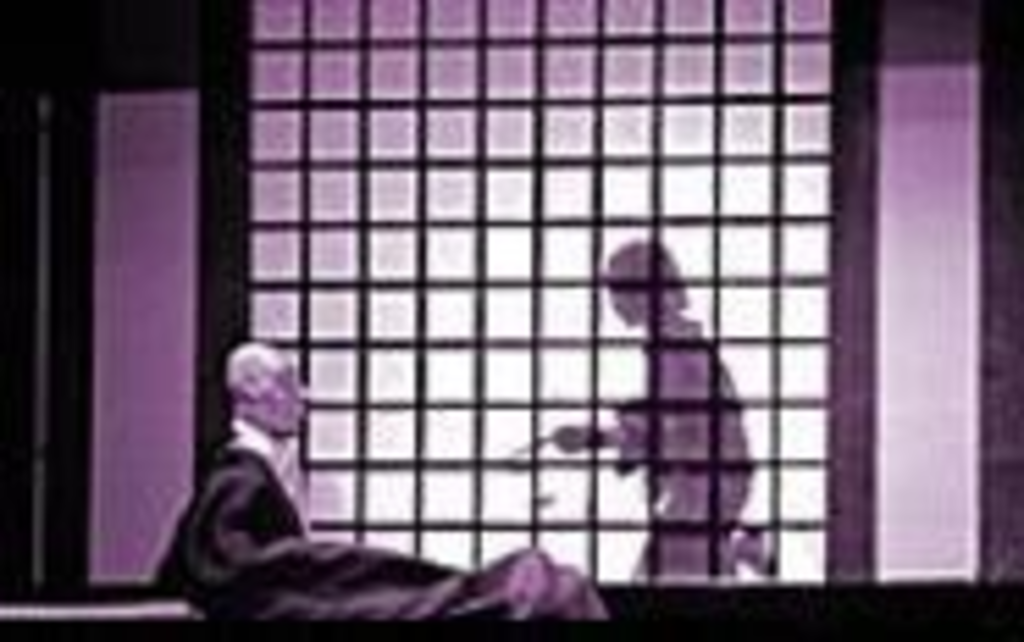 Unless people are easily frightened by teenage cleavage, it’s safe to say that the entertainment industry’s recent attempts at scaring audiences have offered little rise on the scare scale. Some say people don’t seem to get frightened by movies these days because the special effects that are intended to thrill all have been done and seen before.

But wait (insert scary movie music here), not all hope is lost: World-renowned writer, director, and artist Ping Chong says that live, on stage, entertainers still have the ability to shock their audiences. After all, what could be scarier than a puppet show in which a dead lover reappears as a McDonald’s sales clerk? And that’s just part of the fun.

Chong has collaborated with puppeteer Jon Ludwig, production designer Mitsuru Ishii, and Atlanta’s Center for Puppetry Arts to bring Kwaidan: Three Japanese Ghost Stories to audiences worldwide, including Lawrence’s Lied Center. Kwaidan is a collection of stories by Lafcadio Hearn (1850-1904), one of the first Americans to emigrate to Japan, gain citizenship, and die in his adopted land. In Japan, the stories of Kwaidan are as traditional as Grimm’s Fairy Tales are in America.

“Kwaidan is a respite from the chaotic and unpredictable world that we live in,” Chong says. “Modern-day society is ruled by values that are gray and ambiguous. The stories of Kwaidan embody a world where values such as redemption and honor still count for something.”

While the three distinct stories are labeled “ghost” stories, they are highly unlike the blockbuster films that are filled with blood and gore. Rather, the stories emulate legends of heroes, mystics, and lovers, embracing and overcoming the evils of death.

Told through the use of puppets that range from tiny insects to oversize human heads and hands, these legendary stories do not comprise a children’s puppet show.

Beyond its aesthetic qualities, Chong emphasizes, Kwaidan is rich with meaning and the ideas behind the production allow the audience to escape to another time and place. Music, projections, and scenic backgrounds are combined with the movements of elaborately designed puppets to preserve all of the mysticism and imagination evoked through the original stories.

The first story, “Jikininki,” follows a nomadic priest named Muso in search of shelter for the night during his travels through the mountains. After finding lodging, he learns that the master of the house where he is staying has died. Because he is a priest, he offers to guard the body and perform the last rites for the deceased. During the night, the corpse is devoured by a terrifying spirit that haunts the house. Muso later learns that the phantom is the soul of an ancient monk punished for disbelief.

The second story, “Miminashi Hoichi,” focuses on the title character, a young, blind musician serving in a monastery. Centuries earlier, followers of a child emperor had been killed by members of a rival clan on the grounds of the monastery. Their ghosts spread terror through the area, and one day, Hoichi is kidnapped by a ghost and taken to tell the clan the epic tale of its misfortune. He is finally saved by a creative plan devised by his fellow monks.

In what has continually been acclaimed as the most amusing story, “The Story of O-Tei” is the third and final story of the collection. In this romantic tale two young lovers are separated by one of the lovers’ death. Fifteen years later, in modern-day Japan, the lovers are reunited over a Big Mac.