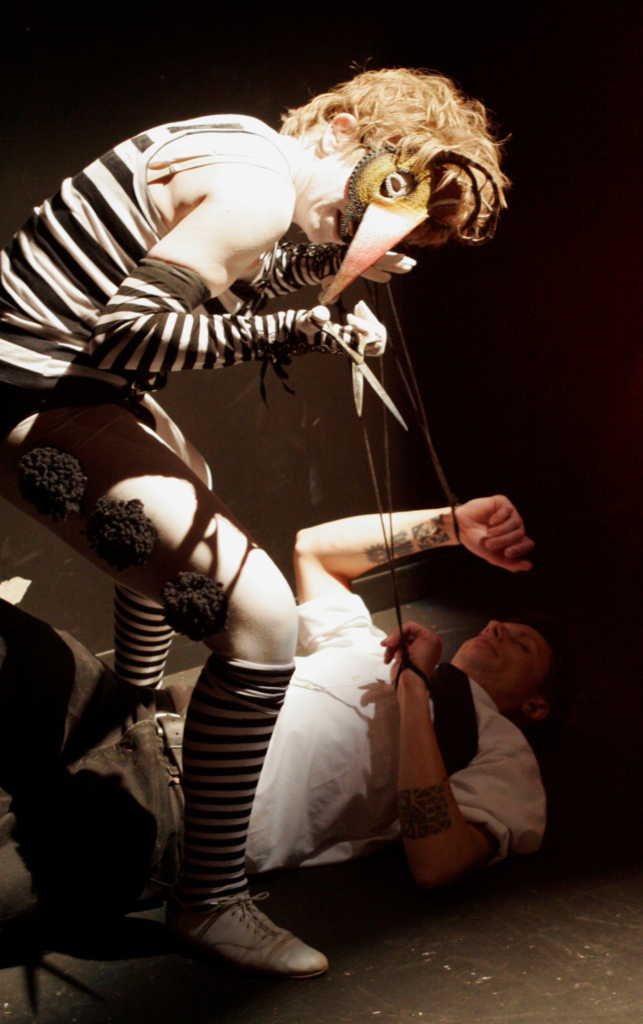 If you’ve ever experienced an Alacartoona show, you’ve probably thought it would make a fine film. The Kansas City musical-cabaret ensemble delights in drawing audiences back to 1930s Berlin with suggestive and occasionally absurd performances. An Inspiration Grant from the ArtsKC Fund has allowed Alacartoona to translate its stage show to the silver screen, a process that began last November and culminated in three days of nonstop filming in May. “It was totally, completely, unbelievably exhausting,” says leading damsel Erin McGrane. “We had no money [prior to receiving the grant], no time and no previous experience producing a film, but we had a great deal of will, perseverance and talent all around us that made it happen.” The cast and crew will celebrate tonight when Night Is the Mirror debuts at the Screenland Theatre in the Crossroads (1656 Washington, 816-421-9700). Doors open at 6:30 p.m., and Alacartoona will perform some new songs during a cocktail reception between the 7 and 9:30 p.m. screenings.