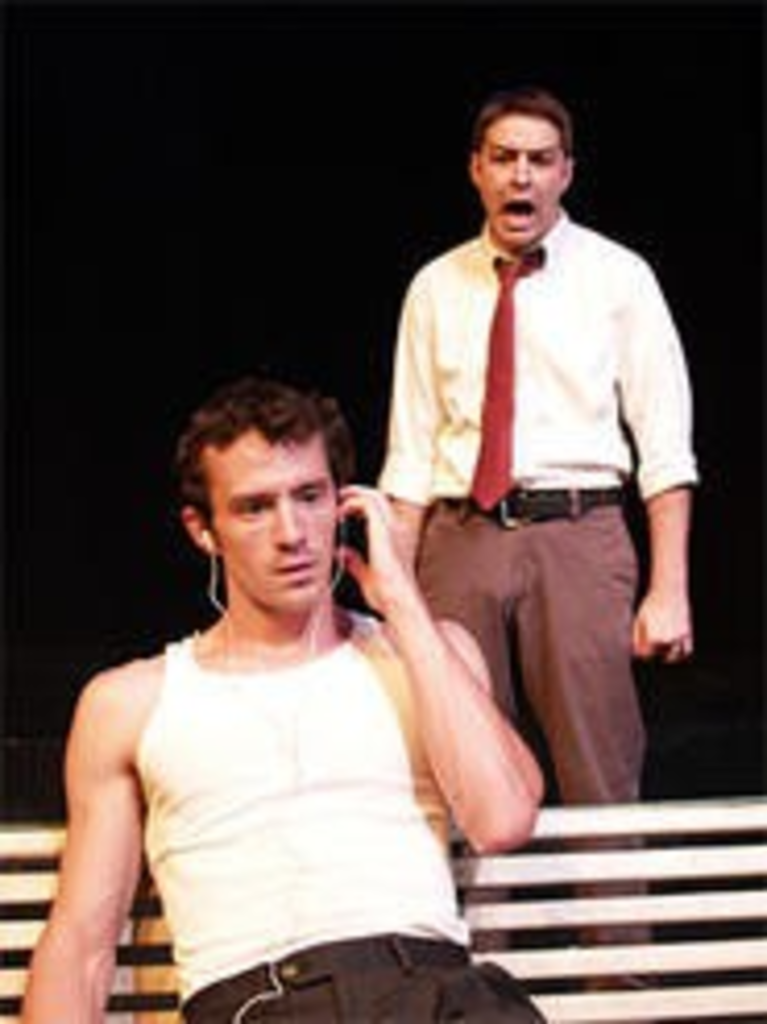 >Broken Strings It’s high drama on the high plains this summer, as local playwright Bill Rogers at last unveils his Broken Strings. It’s the life-and-death story of two friends — one an outlaw and one almost respectable — in the hinterland between Kansas and Missouri at the end of the Civil War. Earlier this year, a pair of one-acts demonstrated Rogers’ knack for rich dialogue, often even comic as they offhandedly illustrated philosophical principles. Along with a broader, historical scope, this full-length play features among its cast — and this is cool — Dan Roberts, the magic-voiced radio pro who’s the stadium announcer for the Chiefs. Through September 2 at Just Off Broadway Theatre, 3051 Central, 800-838-3006.

Six Short Plays At this year’s showcase from the Actors Equity Association, which pairs local actors with local playwrights, the math breaks down like this: five-sixths of these plays are comic; four-fifths of those are actually funny; and three-quarters of those hum with inspiration. Look for “The Daily Grind,” a profane extravaganza wherein Ron Simonian positions “exotic” dancing as a fundamentally feminist act. Catherine Browder’s “The Mozart Project” starts airy but gains weight as it goes, imagining a Mozart-hating music critic (a strong Nathan Darrow, moody and manic in the mode of Russian lit). Insights flourish beautifully, including a gentle denunciation of criticism itself. The evening wraps with Sean Grennan’s “Chorus Call.” Gifted panicker Doogin Brown stars as a modern young man of Greek descent who is followed everywhere he goes by a Greek chorus — even on dates. The chorus indulges in some hackneyed shtick, but much of it, and the play itself, is fine lunacy. Through August 19 in Studio 116 of UMKC’s Performing Arts Center, 4949 Cherry, 816-756-0308.