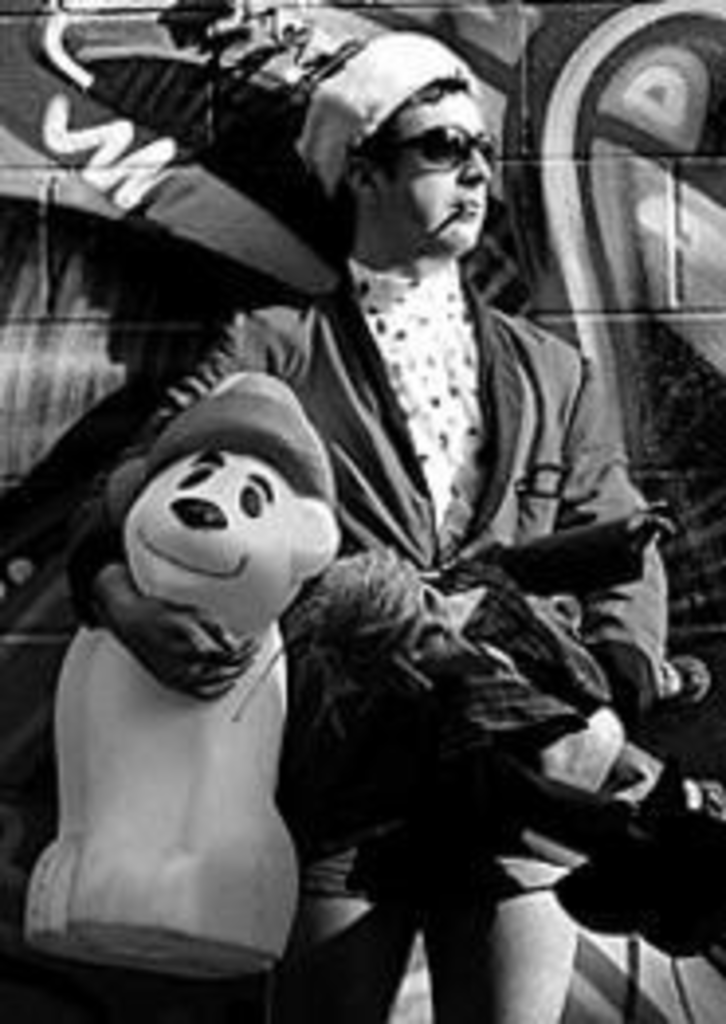 Christmas in Song Whether your holiday play list veers toward traditional carols or the pop of Bing Crosby and Eartha Kitt, you should be sated by Quality Hill Playhouse’s annual Christmas show. Joining pianist and master of ceremonies J. Kent Barnhart are Sylvia Stoner, Matt Leisy and, following a last-minute casting change, Toni Gates-Grantham. Last year’s audiences reportedly leapt to their feet following Gates-Grantham’s “Mary, Did You Know?,” which is rumored to be encored here along with her nutmeg-spicy version of Kitt’s “Santa Baby.” Through Dec. 24 at Quality Hill Playhouse, 303 W. 10th St., 816-421-1700.

The Circus Show It’s three rings of provocative entertainment with the second offering of the UMKC Theatre Department’s Festival of NOW (New Original Works), which promises to be no less political than the pre-election, Bush-bashing Fifteen Minute Window that kicked off the series this fall. Director Joe Price says he’s been stewing over the concept for a year — that is, holding up a funhouse mirror to social issues such as gay marriage. To get to something profound, the cast and crew create a literal circus atmosphere, complete with juggling, a trampoline and a pair of trapeze bars. Through Dec. 17 at Studio 116 of the UMKC Performing Arts Center, 4949 Cherry, 816-235-6222.

Convenience The Unicorn Theatre takes a risk with Gregg Coffin’s contemporary, relatively unknown new musical about a single mother and her adult gay son. Coffin’s style of presentation is structurally inconsistent; for instance, he splits both characters into their present and past selves, which works well for the moms — excitingly played by Donna Thomason and Teri Adams — but not at all for the boy. A charismatic cast redeems the show, though, confidently taking the audience through the family’s pain and its sometimes humorous way of coping. Through Dec. 26 at the Unicorn Theatre, 3828 Main, 816-531-7529.

The Ritz Cracker Suite The Martin City Melodrama & Vaudeville Company thumbs its nose at Tchaikovsky with its spoof of his Christmas perennial, “The Nutcracker.” Brimming with parodies of both holiday standards and classic compositions, the show twists familiar images such as the nubile nutcrackers by seasoning the chorus line with a couple of Mouseketeers and tweaks the ballet’s most famous sequence with something called “The Dance of the Sugar Prune Fairies.” Director Jeanne Beechwood has made a couple of interesting casting choices: Marcie Ramirez and David Reyes, who have given compelling performances at, respectively, Quality Hill Playhouse and the Unicorn. Through Jan. 2 at Martin City Melodrama & Vaudeville Co., Metcalf South Shopping Center, 9601 Metcalf in Overland Park, 913-642-7576.

Sanders Family Christmas There’s nothing blatantly off-putting about the 27 songs that season this show. It’s that time of year, and the onslaught is upon us. In fact, it may be the perfect show for the locals who ensured that Kansas and Missouri remained red states. Democrats still licking their wounds and/or people of non-Christian denominations may feel, though, a little like a Christmas goose being force-fed something unpalatable, because the show’s religiosity is laid on with a trowel. Still, Sarah Crawford is entertaining as the family’s tin-eared black sheep. She could have mugged throughout but skirts the temptation every time. Through Jan. 2 at the American Heartland Theatre, 2450 Grand, 816-842-9999.

Santaland Diaries Thanks to his rendering of David Sedaris’ disastrous, ego-crushing experience as a Macy’s department-store elf, there won’t be any coal in Ron Megee’s tights this Christmas. Megee’s performance is daffy, energetic and familiarly Megeeish but never less than professional. Jeff Church’s direction keeps the one-man show consistently focused, and Jon Piggy Cupit’s expert set design channels everything from Rowan and Martin’s Laugh-In to Piet Mondrian. Lest any school groups confuse the title for something that merits a holiday field trip, be warned that the show is profane and politically incorrect and climaxes with a raunchy sentiment that many think but few have the chutzpah to utter. Through Dec. 23 at Late Night Theatre, 1531 Grand, 816-235-6222.

The Snow Queen Local composer Cheryl Benge scores Theatre for Young America’s adaptation of the Hans Christian Andersen fable. Set in Denmark and the oft-overlooked Lapland (unless, of course, it considers itself among Bush’s farcically tagged Coalition of the Willing), the play centers on Gerda and Kai, two Danish kids whose quest is to warm up the eponymous royal’s notoriously cold wickedness. Val Mackey directs a cast that includes Bonita Hanson, Ashlea Christopher, and TYA veteran Parry Luellen. Through Dec. 19 at Theatre for Young America, 5909 Johnson Drive in Mission, 913-831-2131.

‘Twas the Night Before Christmas Creatures are indeed stirring at the Coterie this holiday season in Lowell Swortzell’s biographical play about the creation of the classic poem and its author, Clement Clark Moore. Rumor has it that, despite penning such jolly lines as “His eyes, how they twinkled; his dimples how merry,” Moore was actually a dour academic. (One Vassar professor confidently doubts that Moore even wrote it.) Plowing forward anyway, the Coterie’s show finds the author, played by Tom Woodward, on Christmas Eve circa 1822, surrounded by the family that inspired his tale. Through Dec. 30 at the Coterie, 2450 Grand, 816-474-6552.