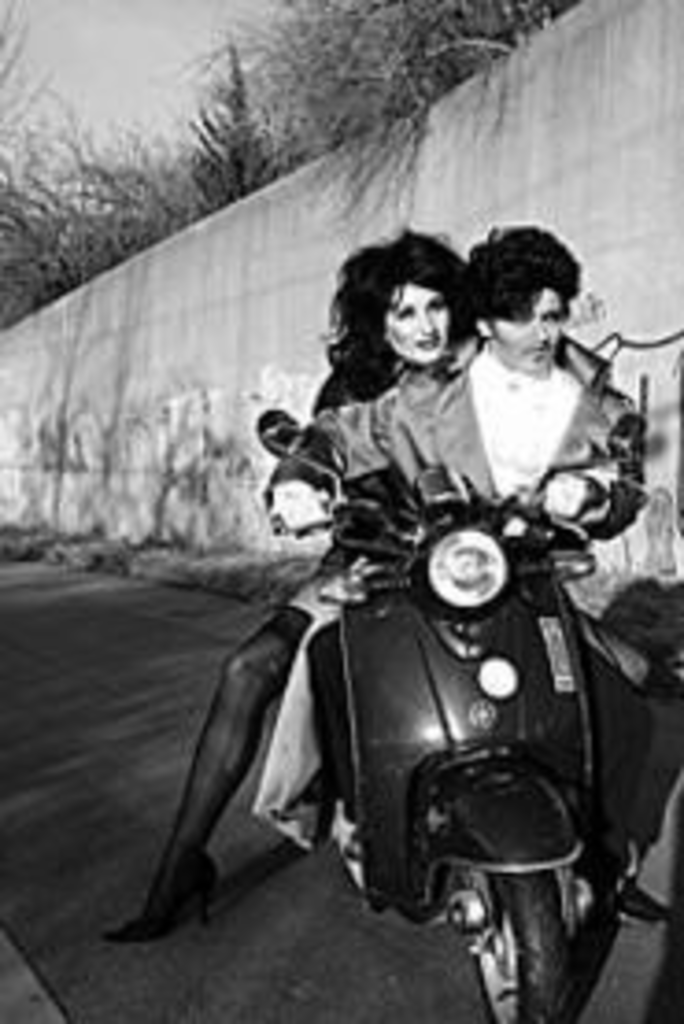 Kansas City Kong The old joke about where the 900-pound gorilla sleeps is being appropriated by the Martin City Melodrama & Vaudeville Co., which claims it has had to renovate its performance space to accommodate the big lug. Though snapshots of the show reveal the kind of ape suit Ed Wood might have used in one of his tawdry B-pictures, there is the promise of a climactic shimmy up the shaft of Kansas City’s own Liberty Memorial. In addition, the company performs its new musical vaudeville, called TV Tomfoolery. Through March 27 at Metcalf South Shopping Center, 9635 Metcalf in Overland Park, 913-642-7576.

The Show Formerly Known as Purple Rain It’s been some time since Late Night Theatre staged anything with an all-female cast. So if a parody of Prince’s quasi-biopic Purple Rain isn’t the obvious choice, when does Late Night ever go in that direction? David Wayne Reed (Mother Trucker) adapted the screenplay for a cast that includes such versatile Late Night vets as Jessalyn Kincaid (as Prince) and Corrie Van Ausdal (as Apollonia). A handful of new faces, including Lauretta Pope (the real find in last year’s Seussical), get to play everybody else under Kara Armstrong’s direction. Through March 26 at Late Night Theatre, 1531 Grand, 816-235-6222.

A Streetcar Named Desire Certain characters should probably always be played by actors who have more life experience than most college students — characters such as, say, Blanche DuBois and Stanley Kowalski in Tennessee Williams’ angst-filled classic. But Park University Theatre is giving it the old college try anyway. The play has been much in the news this past year, with Brando’s guttural cry of “Hey, Stella!” the money shot in the coverage of his passing. If you can’t make it to this spring’s Broadway revival with Natasha Richardson and John C. Reilly, there’s always Parkville. Through Feb. 26 at the Jenkin and Barbara David Theater, Park University, 8700 N.W. River Park Dr., 816-584-6450

Weather Warnings Characters inspiring climate-related metaphors — some chilly as ice, others warm as an Indian summer — make up this pair of thematically complementary yet unpublished one-acts. Garry Williams’ Rain centers on a gruff farmer whose fall from a roof and subsequent paralysis exacerbate already prickly relations with his wife and family. Rich Orloff’s Off the Map is only ten minutes long, but it’s reportedly the more humorous offering — it examines a new, occasionally stormy marriage. Sheilah Philip-Bradfield directs both. Through Feb. 27 at the Carlsen Center, Johnson County Community College, 12345 College Blvd. in Overland Park, 913-469-4445.

The Women Philip blue owl Hooser directs the classic Clare Booth Luce comedy that was advertised in the 1930s as being “all about men,” though none were onstage. It’s a vivisection, really, told via a sophisticated gaggle of New York ladies who either die by cupid’s slings and arrows or throw them back in the little cherub’s face. Hooser is the ideal director; after all, he performed the entire show all by his lonesome last year at Late Night Theatre. Though this one is properly cast with women, he should be adept at gauging the right ratio of barbed zingers to bitchy comebacks. Through Feb. 27 at the Barn Players, 6219 Martway in Mission, 913-432-9100.