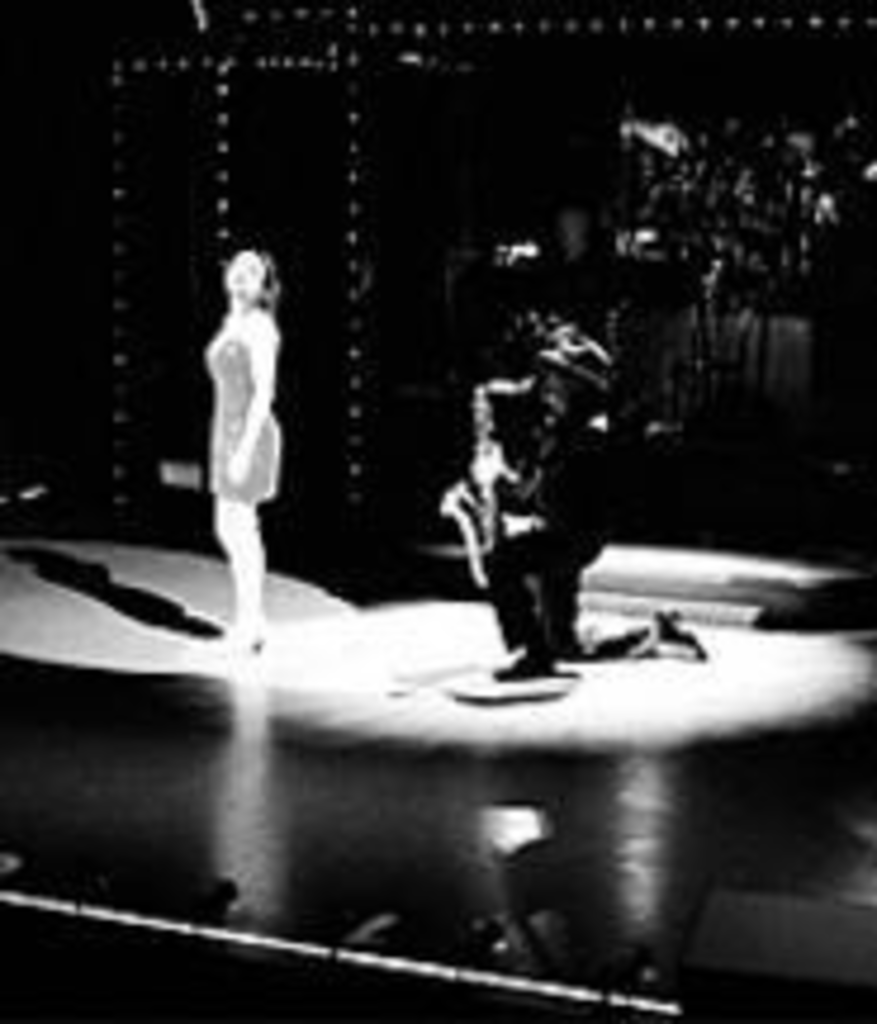 Measure for Measure Brimming with corruption, extremism and religious fervor, the last production of the UMKC Department of Theatre’s season could have been written the day after last November’s elections. But Measure for Measure is instead from the canon of the ever-topical William Shakespeare. Among its other contemporary themes are the assessment of the distance between extremes and the eye-for-an-eye debate between Angio and Claudio. Through April 17 at the UMKC Performing Arts Center, 4949 Cherry, 816-235-6222.

The Robber Bridegroom Though Alfred Uhry is best known for his Pulitzer Prize-winning Driving Miss Daisy, he has at least one musical to his credit. The title character — a gentleman by day and a felon by night — sounds stripped from a Grimm fairy tale, complete with an evil stepmother and her entourage of dimwitted henchmen. Jay Coombes directs a large cast, who will attack the bluegrass-influenced musical score with some good old-fashioned Southern hospitality. Through May 1 at the Barn Players Theatre, 6219 Martway in Mission, 913-432-9100.

Scapino Within the historic theater style known as commedia dell’arte are such essential characters as love-starved young bucks and the nubile does who swoon over them. Frank Dunlop and Jim Dale’s contemporary take on the form has both, plus a maze of a plot that, through song and laughs, addresses mistaken identity, threats to life and limb, and pocket picking. Yet its allusions to modern sensibilities are located in references to gangster films, kung fu, and Baskin-Robbins. Scott Stackhouse directs this free production of the Johnson County Community College Theatre Department. April 14-17 at the Carlsen Center, 12345 College Blvd. in Overland Park, 913-469-8500, ext. 3132.

The Stinky Cheese Man Any show featuring both local diva Cathy Barnett and the theater scene’s reigning teen idol, Sam Cordes, elicits buzz. Such is the case with John Glore’s adaptation of Jon Scieszka and Lane Smith’s tweaking and blurring of such familiar characters from children’s literature as Rumpelstiltskin and Cinderella, blended here into Cinderumpelstiltskin. Director Missy Koonce has the wit to pull off such tales within tales as “The Boy Who Cried Cow Patty,” and William Hill’s costumes are rumored to be mind-blowing. Through May 15 at the Coterie, 2450 Grand, 816-474-6552.

Swing! Though the resurgence in swing dancing a few years back hasn’t maintained its luster, the form is no less fun to watch. After a year on Broadway and six Tony nods, Swing! is showing up at places like American Heartland Theatre. The show’s creators, who have exuberantly seasoned it with such tunes as “Boogie Woogie Bugle Boy” and “Stompin’ at the Savoy,” were probably wise not to fit a trite story around the music and dancing. Among the largely unknown cast are some Kansas City actors, a couple from New York City, and Darryl Calmese and Brent Kuenning from the same theater’s wonderful Smokey Joe’s Cafe a couple of seasons ago. Through April 24 at the American Heartland Theatre, 2450 Grand, 816-842-9999.