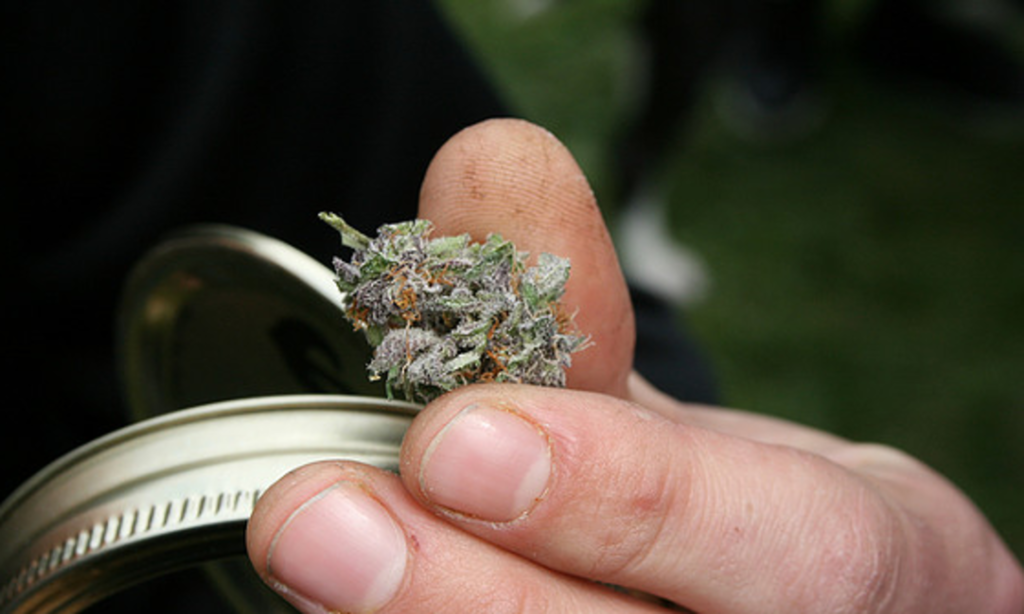 Casual pot smokers might find life in St. Louis a little more relaxed if Alderman Shane Cohn gets his way. The St. Louis Post-Dispatch Political Fix reports that Cohn is set to introduce a bill Friday that would relax the penalty for possessing a small amount of pot.

St. Louis currently has no city laws governing marijuana possession. Officers there use the state statute, which classifies holding from 1 gram to 35 grams (for a first-time offender) as a misdemeanor. If a person is found guilty, he or she can be subject to a $1,000 fine and a year in jail. Repeat offenders or those holding more than 35 grams (roughly 9 teaspoons) are charged with a felony.

Under Cohn’s bill, police could issue a municipal violation, rather than arresting a person holding less than 35 grams. That ticket would be punished by a fine between $100 and $500 and up to 90 days in jail. The bill also exempts visitors from another state with a legal prescription for medical marijuana.