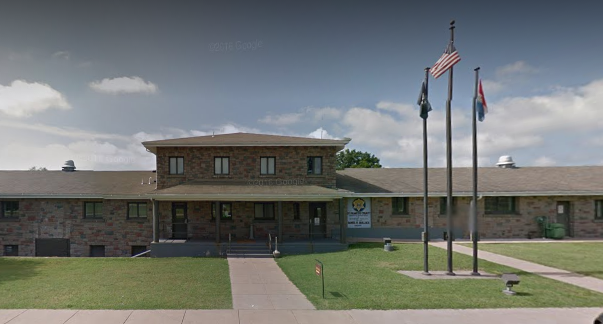 When Bonne Terre resident Robert Hopple entered the St. Francois County Detention Center in May 2018, he was placed in a small holding cell with about ten other men for roughly three days.

Hopple, 49, says the jail staff gave him a urine-soaked mat and a thin blanket to sleep on the floor — while some men slept standing up.

When he was moved to the jail’s general population area, conditions didn’t improve.

“I’ve heard it called ‘hell’ a few times,” Hopple said. “The only thing I can think to call it is, ‘the worst place in the world to be.”

One day in October, the facility was so cold that the sewage from his backed-up toilet froze on the ground in his cell, he said. Hopple also “experienced and witnessed” deputies arranging fights among the inmates for entertainment on Fridays.

Hopple had not yet been convicted of crime, and was awaiting trial in the county jail in Farmington.

The suit claims that Hopple and two other pre-trial detainees — who joined the lawsuit — endured “unlawful conditions,” including extreme temperatures, hunger, inadequate medical care, unsanitary conditions and retaliation by deputies at the jail.

“These conditions, which have been exposed and brought before St. Francois County officials repeatedly over years by detainees, in media reports, and through litigation, violate basic standards of human decency as well as the United States Constitution,” the suit states.

Bullock, who oversees the jail, and the jail’s healthcare contractor, Advancement Correctional Healthcare, did not immediately respond to a request for comment by The Independent.

The stories of Stefani Rudigier, a 27-year-old St. Louis County resident, and Shawn Mesey, a 31-year-old resident of Jefferson City, are also included in the suit.

The complaint was filed in the U.S. District Court for the Eastern District of Missouri by several law groups — ArchCity Defenders, the Simon Law Firm, Vonne Karraker and Vincent Colianni.

“It is completely inconceivable that the actions of St Francois County officials have been able to go unchecked in such a pervasive and systemic manner for so long,” said Corrigan Lewis, staff attorney at ArchCity Defenders.

Rudigier was detained for pretrial from March 5, 2017 to March 3, 2019. She lost 110 pounds during her time there because of the small food rations.

According to the complaint, the jail can house about 170 detainees, and the average daily population is 136 detainees. However, it routinely exceeded 200 people, it states.“You are just treated absolutely terrible before you’re found guilty of anything,” said Rudigier, who lives in Maplewood in St. Louis County. “I just felt like I was truly fighting for my life.”

Since 2005, 27 cases have been filed in the Eastern District of Missouri regarding allegations of physical violence, denial of medical care, lack of food, and overcrowding, according to suit.

One of the lawsuits, filed in November 2017, alleges inhumane conditions at St. Louis’ Medium Security Institution, commonly referred to as “the Workhouse.”

Vonne Karraker is an attorney with Malaney, Karraker and Karraker who lives in St. Francois and is “appalled by the lack of accountability” at the jail.

“This government has spoiled the reputation of the county,” Karraker said, “and it’s devastating.”