As one half of the long-running British musical act, Squeeze, Chris Difford is responsible for some amazing and classic tunes. Alongside Glenn Tilbrook’s music, Difford wrote the lyrics for songs such as “Up the Junction,” “Pulling Mussels (From the Shell),” and “Tempted,” among many other enduring pop gems. The band was originally set to tour the United States last year, but Covid took that off the table. Thankfully, the tour is currently happening and Difford, along with the rest of Squeeze, will take the stage of the Uptown on Tuesday, September 14, for a headlining show on one of their off dates from opening for Hall & Oates.

I spoke with Chris Difford via Zoom from Ridgefield, Connecticut, where the musician was aboard his tour bus, in front of one of the most spectacularly realistic backdrops I’ve ever seen. Were it not for the faint rumble of the bus’s engine, I would’ve thought he was in a lovely cottage somewhere. I began by asking Difford how playing a headline show differs from those opening slots.

“It’s a very schizophrenic week, I have to say, because when we’re with Hall & Oates, we do just less than an hour, and it’s just sort of a power set of all the hits,” Difford says with a chuckle. “And then when we do our own show, it’s two hours and it’s more drawn out–more syncopated, I suppose. More thought-out and very different.” 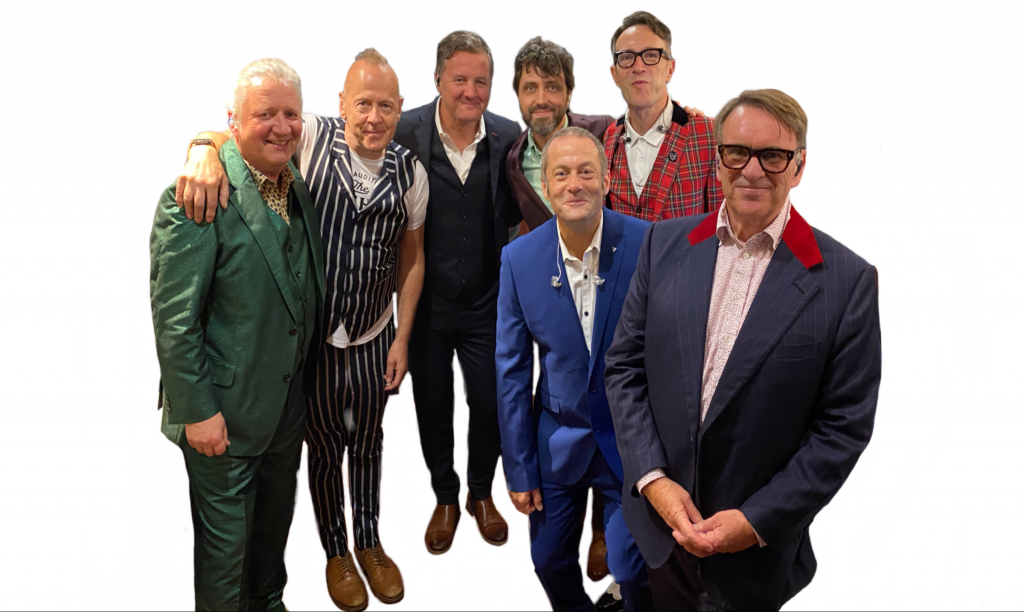 The band fronted by Difford and Tilbrook now features a different lineup of backing musicians than those who performed on those early ’80s hits. Musicians now part of Squeeze include percussionist and back-up singer Steve Smith, formerly vocalist for Dirty Vegas, and Owen Biddle, former bassist for The Roots. One has to wonder what a different lineup lends to the performances of these classics.

“They give us the opportunity to be very grown-up about what we do,” replies Difford. “Musically, these guys are extraordinary, so we’re very blessed with their presence. It makes our songs sound like they should sound—they’re not rushed. They’re very thought about. They’re very solid sounding songs.”

In addition to changing musicians like Steve Smith and Owen Biddle, Squeeze itself has come and gone several times over the decades. They’ve broken up twice–once in 1982, and again in 1999–and while this incarnation of Squeeze has been around longer than the original lineup, I do have to wonder: what keeps Difford and Tilbrook returning to this music, given their own solidly successful solo careers?

“The whole background ethos of this particular coming-together of Squeeze is to respect our back catalog and to make sure that when we play it, we’re not just being like other bands do, I believe, and just don’t give fine detail to what they do,” Difford explains, saying that he’s not criticizing: “It’s just what we’re doing is putting a bit more effort into what we do–and it does take a lot of effort, but it’s worth it. I think the fans seem to enjoy what we do now.”

What that effort entails, continues Difford, is to make sure that the tempos and the approach is as true to how the songs were originally written, rather than extending them or playing them too fast.

“We try and maintain a middle ground with everything, so it sounds edible,” laughs Difford. I agree, wondering if it helps that both he and Glen Tilbrook’s solo careers allow them to explore recording and making music that might not fit the Squeeze template.

“I think there have been benefits in having solo careers, that’s for sure,” Difford concurs. “I find out a lot about myself during the time when I’m recording my own stuff and when you get back together with the band, you feel like you’ve learned something. And the good news is, I feel like I’m learning something all the time. There’s always something to come back to, to re-imagine, to be part of.”

It can be hard work, though, offers Difford, explaining that touring’s not easy. While it’s not private jets and other manner of things like that, the payoff is a good reward, and part of that payoff is a crowd of fans still wanting to hear these songs four decades on. When I ask Difford how he sees his songs at this point, I get a very interesting answer.

“I see them from many different angles and I hear them from very different angles, too,” answers the musicians. “Somebody buys a ticket to a show and they enter into a contract with you as a musician, as a songwriter, and–I believe, anyway–that your job is to entertain the ticket and to form that partnership with the person that’s come to see you, so you give them the music.” 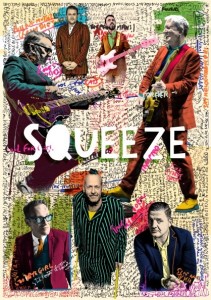 In addition to “stuff from the past,” as Difford puts it, such as “Pulling Mussels (From the Shell),” he says that Squeeze will also use these headlining shows to give the audience something that’s off the beaten track, because people seem to like that, as well–most of them, at least.

“There is the deep fan, if you like, who will really respect the fact that you’ve done something strange,” Difford continues. “The sort of fan that comes just to hear the hits probably looks at their phone when you’re doing those kinds of songs. I see that in the audience. I see people who might nod off and go into their phones and think about something completely different, but then when you start playing the hits again, they’re straight back out.”

In line with that is the news that Difford and Tilbrook are considering going back to the very first songs the pair ever wrote, but never recorded, for the next Squeeze album. While it’s not 100% at this point, with Difford describing it as “a germ of an idea that we haven’t really put on the drawing board or on the table yet,” and two or three years down the line, it’s still likely to happen.

“When we first got together, we wrote constantly,” says Difford. “It was like an addiction: every day we would write two or three songs and a lot of those songs didn’t get past the gate post when we recorded albums, but they’re still great songs.”

As we wrap up, I ask Difford how he feels about this partnership which is nearly 50 years old.

“It’s exhausting when you think about it,” he laughs. “I’m just grateful for the canon of work that we have. Recently, I’ve listened to some of the earliest songs and just go, ‘Oh my God, I’m so blessed to have been part of them.’”

Squeeze performs at the Uptown Theater on Tuesday, September 14, with openers Fastball. Details on that show here.