‘Spying on the South’ with author Tony Horwitz; at Liberty Hall Thursday 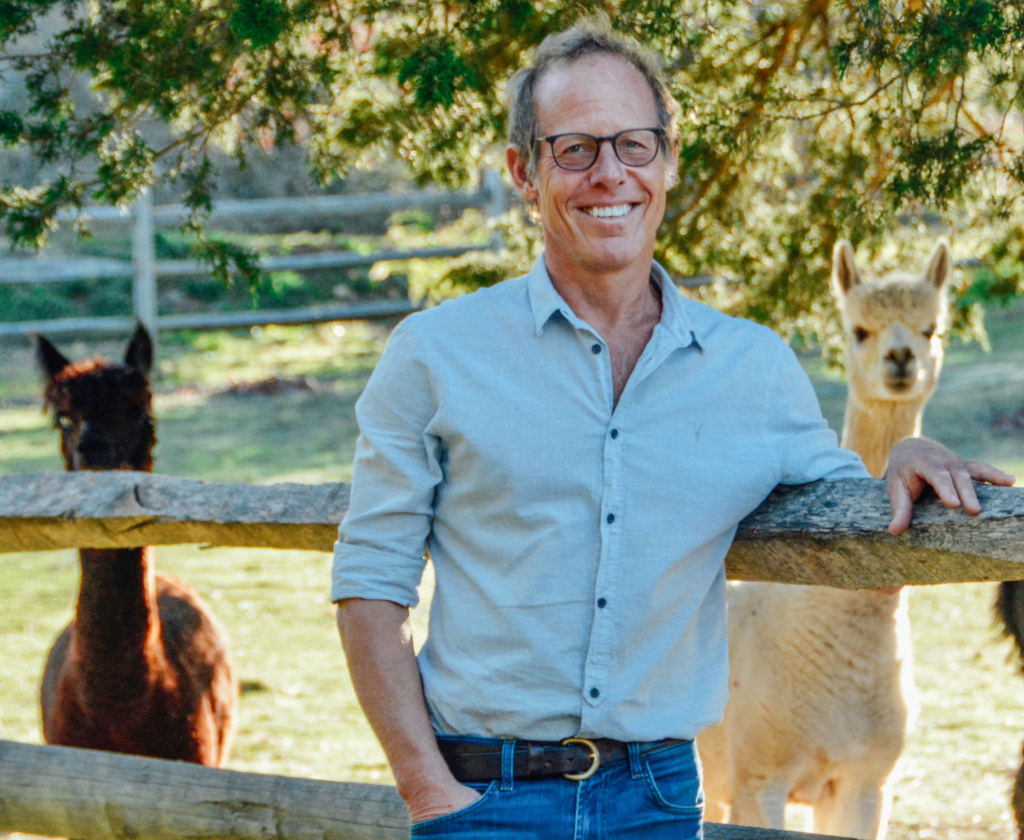 To read a book by Tony Horwitz is to go on a journey with Tony Horwitz. Beginning with his first book, 1987’s One for the Road: An Outback Adventure, continuing with 1998’s Confederates in the Attic, and on up to his latest, Spying on the South, Horwitz has mastered the art of fusing history tours with personal travelogue. His books are addictive page-turners, enlightening and entertaining in equal measure.

With Spying on the South (its subtitle is An Odyssey Across the American Divide), Horwitz traces the pre-Civil War journey of Frederick Law Olmsted, who began his career as a correspondent for The New York Times and ended up becoming far more famous as the landscape architect behind New York City’s Central Park. It’s a fascinating glimpse at how the past and the present frequently mirror one another, and I was thrilled to get the chance to interrogate Horwitz by phone about his book, which was released last week by Penguin Press.

The Pitch: I know you’re a big Civil War buff, but where did your interest in the South start?

Tony Horwitz: [laughs] Long story, but the short version is that I grew up in the Washington D.C. area, which is close to a lot of Civil War battlefields, and in my childhood, I felt close to the South in a way that perhaps isn’t true today, now that northern Virginia has changed so dramatically. I was introduced to the South by my father, who was a Civil War buff who would take me to battlefields. Then later I went on my own. It felt wonderfully different from my suburban Washington D.C. life, so I think that’s what initially attracted me. Then, over time, I became fascinated, really, with the history of the South. After college, I went to work in rural Mississippi, and that’s when I began writing as well. That’s a long-winded answer, but I think that it was gradually, over the course of my childhood and young adulthood.

This isn’t the first time you’ve traced the writings of someone — notably, you followed Captain James Cook’s voyages for 2002’s Blue Latitudes. What’s the difference between following someone here in the United States versus something more international?

Geographically, following Captain Cook across the Pacific was quite ambitious and exhausting. I went everywhere from Polynesia to Alaska and Australia and New Zealand across the course of several years. Also, to the U.K. to visit Cook’s home. This one — following Olmsted across the U.S. — was far less challenging in terms of the distances and the foreignness of the culture I was writing about. So in that sense, it was easier.

But — not dissimilar voyages, in that in both cases, I saw my biographical subject as really a vehicle for my own travels. The deeper I got into the projects, I really became really obsessed with my protagonists: first Captain Cook, and now, Frederick Law Olmsted. I would say both books ended up being more biographical than I thought at the start.

I ended up taking a deeper dive into the archives — and into Olmsted’s life and very voluminous writing — than I planned at the start. I’m sitting here surrounded by books on Olmsted, and included are fifteen volumes of his writing, quite aside from all the research I did at the Library of Congress and other institutions. Olmsted also lived in a later century than Cook, and in an era that includes the Civil War, which I’ve written about before, so perhaps I started on second base with this project, while with Cook, I began as a virtual know-nothing about him and his world. 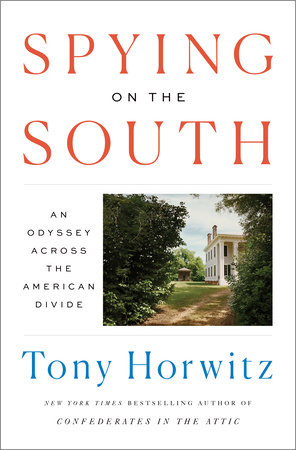 People maybe have a general idea of who James Cook is, because of his international travels and acclaim, but reading Spying on the South, it seems that during your journeys, few people had any idea who Olmsted was, other than maybe, “He’s the guy who designed Central Park.”

I think what I’ve found, traveling and sitting next to people on airplanes who ask me what I do, is that Olmsted tends to be well-known in cities where he did park work, which includes a tremendous number of cities, most of them east of the Mississippi and north of the Ohio River. So, if you’re in Boston or New York or Chicago or wherever — the major cities in the late 19th Century where he did work — people go, “Oh, Olmsted! He designed the park where I walk my dog every day.”

But most Americans don’t know much beyond Central Park and are generally unaware of his earlier career that I’m writing about or his extensive work beyond parks. He was really a pioneer in the development of suburbs — city planning, generally — and I think that’s not fully appreciated by the general public.

It was fascinating to discover all of Olmsted’s anti-slavery positions and then try to reconcile that with the fact that, when Central Park was built, it led to them demolishing an area, Seneca Village, which was full of free blacks and Irish. It was that19th Century mindset of “Slavery’s bad, but …”

Yeah, “but.” The building of Central Park requires the displacement of the people who lived there, including free blacks and poor Irish, and others. That’s true of our national parks, as well. It’s unrecognized regarding Shenandoah Park in Virginia and the Adirondacks — we’re talking a later era, in the 20th Century, and it wasn’t racial in those instances, but people lived in these places. They weren’t untamed wildernesses.

There was a price to be paid for our enjoyment of these parks, and it’s largely been kind of swept under the carpet. Like, “We flooded a dozen communities to create this recreational lake.” While I think it’s definitely true of Central Park that it’s something that’s not widely recognized, I think that it’s really true of a lot of our public spaces.

But, on the race and slavery issue, one of the things I found fascinating about Olmsted is how closely he tracks Lincoln in the evolution of his opinions. Like Lincoln, he begins as a fairly moderate opponent of slavery. He’s not an abolitionist. He’s looking for compromises or gradual approaches that will end the expansion of slavery and strangle it over time.

Yet, in the course of the 1850s and the Civil War, like Lincoln, he really becomes intent on destroying slavery and seeing it as evil that must be purged. So, he has a really fascinating transit that tracks not only the opinion of Lincoln, but the opinions of many anti-slavery white Northerners at the time.

On that note, you’re coming to Lawrence.

Yes! One-time hotbed of anti-slavery. I’m sure John Brown would’ve been disgusted with Olmsted’s rather gradualist, paternalist views on race and slavery. He was against the institution and felt that African-Americans were equal in term of inborn capacities. [Olmsted] wasn’t an out-and-out racist, but he definitely felt that slavery should be ended gradually, rather than the John Brown approach of abolishing the institution by all means necessary, including violence.

I don’t mention it in the book, but it should be noted that, in his later age, Olmsted does become involved in the Free Soil crusade and is involved in funneling weapons to free settlers in Kansas. I would never suggest he was in John Brown’s camp, but he did have an involvement with Kansas.

Tony Horwitz speaks at Liberty Hall on Thursday, May 23, in an event co-sponsored by the Lawrence Public Library, Freedom’s Frontier National Heritage Area, Inc., the Watkins Museum of History, and the Raven Book Store. Details on that event here.