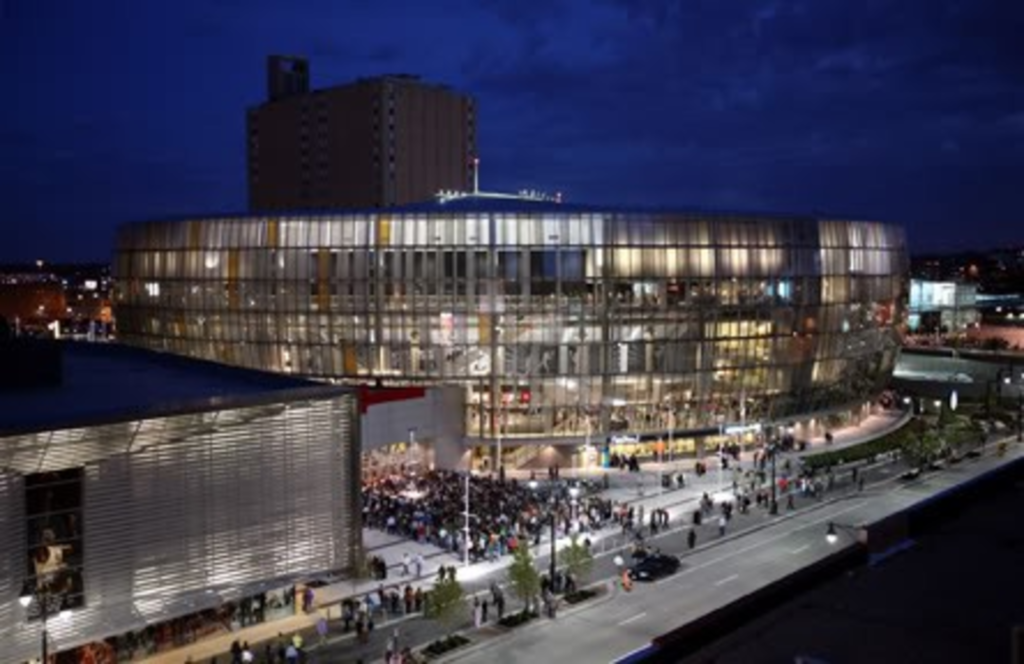 Pollstar named Kansas City’s Sprint Center as one of 2009’s best concert venues. The arena was number five in the U.S., and number 16 in the world. Nice going: for a relatively new venue (the Sprint Center opened in October of 2007), this is quite an honor.

As anyone who’s attended a concert at the Sprint Center can attest, it’s a pretty nice venue. Good sound, nice sight lines, and the Quik Trip with the dollar fountain drinks is a nice touch for the budget-conscious, as well.

• Nine of the top 10 North American concert tours have visited or are scheduled to visit Sprint Center in 2010.

• The Eagles concert on March 28, 2009, was the arena’s highest grossing one-event concert to date.

Upcoming events at the venue include WWE’s Smackdown, Taylor Swift, and AC/DC, as well as the NCAA women’s basketball finals.