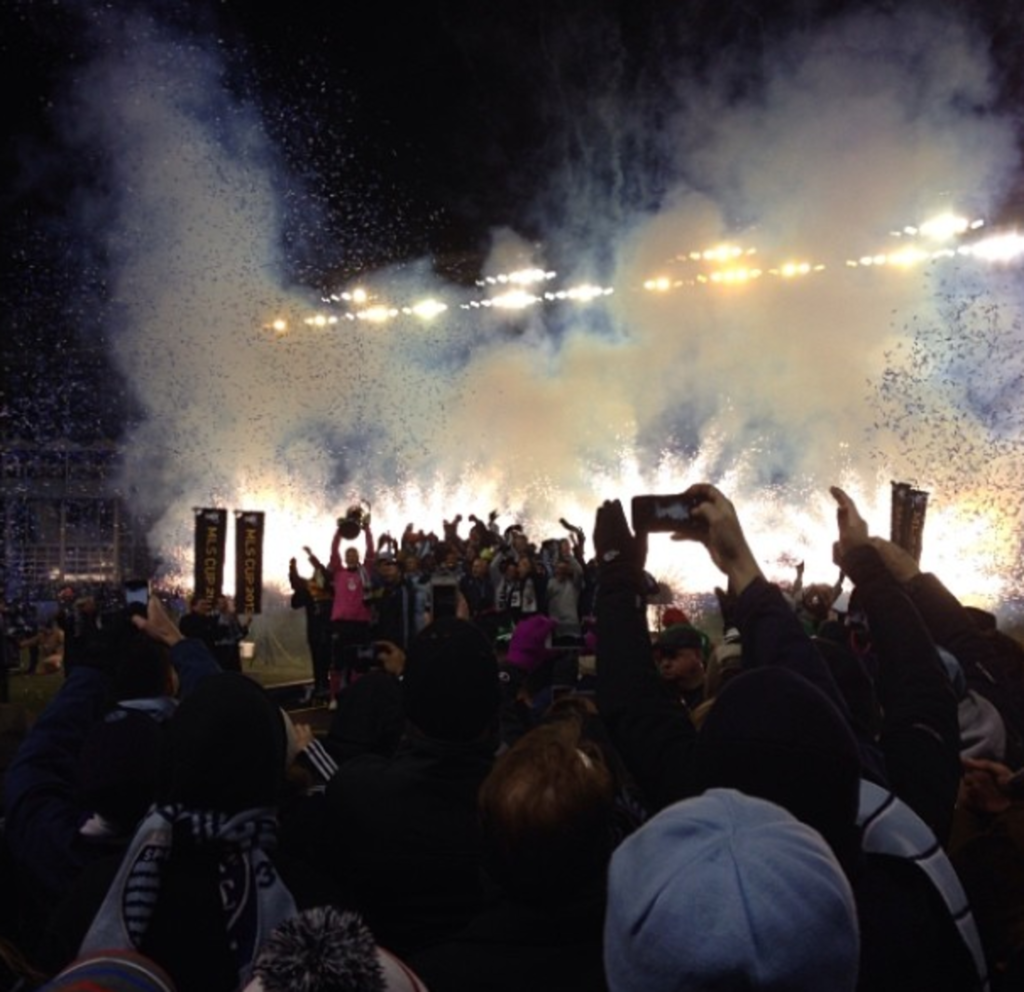 Cliff Illig stood toward the back of the press room Saturday night with a Bud Light in hand, sporting a grin and a brand-new scarf draped around his shoulders, denoting that the team he owns, Sporting Kansas City, owns Major League Soccer’s biggest prize.

The grin on Illig’s face was probably wide enough for Sporting Kansas City coach Peter Vermes to notice, who began his postgame comments to the media with a tribute to the wealthy men who saved MLS’s moribund franchise.

“It’s incredible when you have owners that have a complete connection to your team and are involved,” Vermes told a packed room of media from across the United States and beyond.

The turnaround of the Sporting Kansas City franchise is well-documented, from the day that former owner Lamar Hunt sold the team to a group of Cerner executives that included Illig and got sent out of Arrowhead Stadium, to the day that the team briefly faced the prospect of playing home games at a Cass County high school, to Saturday night when it won the Major League Soccer Cup.

Illig and his cohorts took a flier on a sport that has and probably always will take a backseat to other sports in the United States. ESPN, which broadcast Saturday’s MLS Cup, paid no heed to the game’s highlights later on that night, devoting Sports Center to a slew of college football games. Local news broadcasts led with speculation about an inch of snow on Sunday.

But to the 21,065 people who showed up to Sporting Park, or those who watched at home, the excitement was tough to beat. Sporting Kansas City won this town’s first pro sports title since 2000, when the Kansas City Wizards took home MLS’s title. They dispatched Real Salt Lake, taking 10 rounds of penalty kicks to do so.

Hundreds of visitors from Utah, who were perched in the southeast corner of Sporting Park, screamed and hopped for the next 20 minutes, overpowering chants from the local crowd as they tried to prod their team to its second MLS title, what would have been their first since 2009.

Sporting Kansas City has fallen behind to all of its playoff opponents this year at some point and each time has battled back. They would do so again on Saturday.

Collin made up for his gaffe in the 76th minute, redirecting a Graham Zusi cross off his shiny, bald head and into the Real Salt Lake net. Real Salt Lake fans will have a legitimate gripe about Collin’s presence during that goal; the French defender for Sporting Kansas City moments before very nearly got ejected from the game for an ill-timed tackle on a Real Salt Lake forward.

Collin would haunt Real Salt Lake again after both teams failed to solve the deadlock after two overtime periods. It would be Collin who put the ball in the back of the Real Salt Lake goal in the 10th round of penalty kicks, just a couple of rounds after Real Salt Lake almost ended the game but got stopped by Sporting Kansas City goalkeeper Jimmy Nielsen.

As Sporting Kansas City players streamed the field in celebration and fans who braved arctic temperatures shrieked under the night sky, a makeshift stage got set up at midfield where Sporting players would hoist the heart-shaped MLS trophy.

Sporting Kansas City’s latest title is different in many ways from the time the Kansas City Wizards won the league in 2000. Major League Soccer was a nascent league back then, trying to lure disinterested American fans with gimmicky rules. MLS still struggles to gain relevance in the American sports culture, relative to other major sports leagues. Yes, their average attendance exceeds that of the National Hockey League and National Basketball Association, but the league hasn’t earned the level of attention in the national sports conversation as those two leagues, to say nothing of pro football and baseball.

But the team is increasingly relevant in Kansas City, where magnetic Sporting Kansas City logos are almost as ubiquitous on cars around town as those plastic Kansas City Chiefs flags affixed to car windows. Kansas City is one of just a few towns where an MLS club enjoys the notoriety that rivals other teams from bigger leagues. And while Sporting Kansas City may never catch the Chiefs, they do have a recent title to their name.

“Good luck to the Chiefs from here on out,” Vermes said afterward.