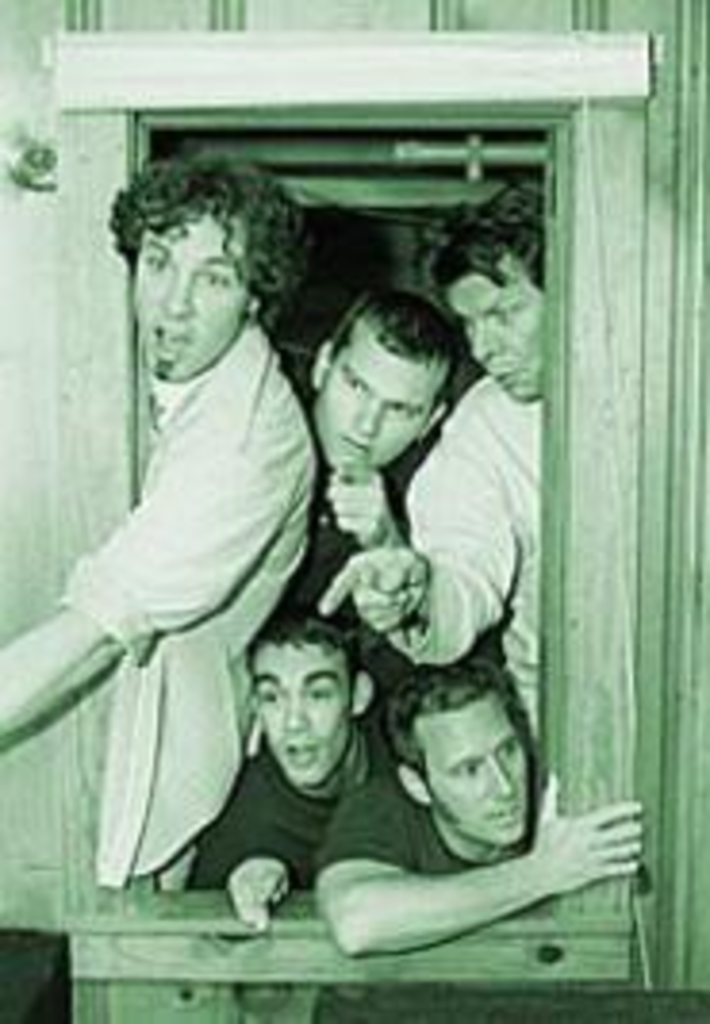 As Tom Petty sang, waiting is the hardest part. Just ask the kids who have spent almost 10 years waiting for Axl Rose to get his act together, or ask local Spike Lee fans, who are eagerly counting down the days until Bamboozled hits video shelves, having passed by Kansas City during its theatrical run. Or ask Honeyspoon, which had to bide its time until it could return to the stage while Jason Taylor toured with Hanson as the group’s rhythm guitarist.

Jason first hit the road with the Mmm-bopping brothers during the height of Hanson mania in 1998, and he reprised his role for a 2000 jaunt. Now he’s back and, therefore, so is Honeyspoon. “I got home on Sunday (December 17), and we had rehearsal the next night and were ready to go,” Jason says.

During his absence, his bandmate and brother Chad Taylor, vocalist, prepared for Jason’s triumphant return by booking a few gigs so the band could get right back into the swing of things. Honeyspoon’s other members also tried their best to keep busy, to no avail. “We all kind of talked and tagged every now and then,” Chad says. “I thought about doing my own little project, and Curt (Coolidge), our bass player, and Matt (Lenahan), our drummer, all kind of toyed with the idea, but it wasn’t the same.”

“It’s such a neat thing to be up there with my brother,” Chad says wistfully, explaining what was lacking in those ill-fated side projects. “It’s not just the performing aspect; it’s also who you’re with and the chemistry that’s up on stage. The band that we’ve got together now can hang together just as friends or as bandmates or whatever, and so that’s what made it kind of special. While he was gone, we all just went, ‘Oh, I wish Jason were back so we could get back up and play.’ We worked on some new songs, and that’s about it. Other than that, we just counted down the days until he got back.”

When Jason finally returned, Honeyspoon immediately returned to crafting eclectic songs inspired by the varied backgrounds of the quintet’s members. Guitarist Jerry Sumner has been playing with Jason in one form or another for the past seven years in bands such as The Harry and Frooty Show and The Wheels, and both Coolidge and Lenahan studied their arts in the classroom, having received training in jazz technique.

“It’s a strange amalgam of everything,” Jason explains. “It’s the sum of the parts that’s making it happen. The songs that tend to come out really have a lot of jazz breaks in them, but I grew up listening to blues and country music and rock and roll. It really caters to everybody’s talent.”

Another factor that contributes to Honeyspoon’s diversity is its in-group age gap. Chad is in his early 20s; Jason, Coolidge, and Lenahan will all be pushing 30 sooner rather than later; and Sumner is in his 40s. “He knows so much about music that I don’t know about, but I can take some things that I listen to that he wouldn’t necessarily listen to and mesh those together and be like, ‘Have you listened to this? Have you checked this out?'” Chad says of his interactions with Sumner. Unable to resist, Chad then deadpans, “It’s nice to have a bunch of old guys in the band.”

Playful jabs aside, the Taylors long ago turned their surly sibling rivalry into mutual admiration. “I guess you always have your little squabbles when you’re youngsters growing up, but that’s just totally, whatever, kids growing up,” Jason says. “Now it’s a lot of respect and love there. It’s less intimidating, I guess, because it seems as if you’re vulnerable when you’re trying to create and you’re doing something in front of someone. Music is just an emotion that’s coming from within, and if you’re intimidated to speak, then it really throws you off.” He notes that the brothers even manage to find inspiration in their mistakes. “Chad’ll sing a sour note or we’ll play something really odd, but within that there’s creativity, because you’re not inhibited by the people around you. It’s respect of musicianship.”

Chad returns the compliment, completing an exchange that paints the brothers as the anti-Oasis. “It really adds a lot to when we’re writing together,” he says. “There’s things that he can get out of me or that I can get out of him that others could not.”

It follows suit that respect leads to a relaxed unit, one that can focus on the important task at hand, which, for the Taylors, means enjoying themselves and not letting any nasty baggage interfere with the pursuit of that goal. “If you preach negativity, that’s going to reverberate in your head whether you believe it or not, and we don’t do that,” Jason says. “You see those artists there doing that, and I can listen to it, respect it, and appreciate it, but when you reinforce that message, it perpetuates. There has to be a stopping point. We’re a little more optimistic.”

Or as Chad puts it, “Our goal is for the people at the show for that hour, two hours, or three hours to have a good time. If there’s any kind of message, that’s it.”