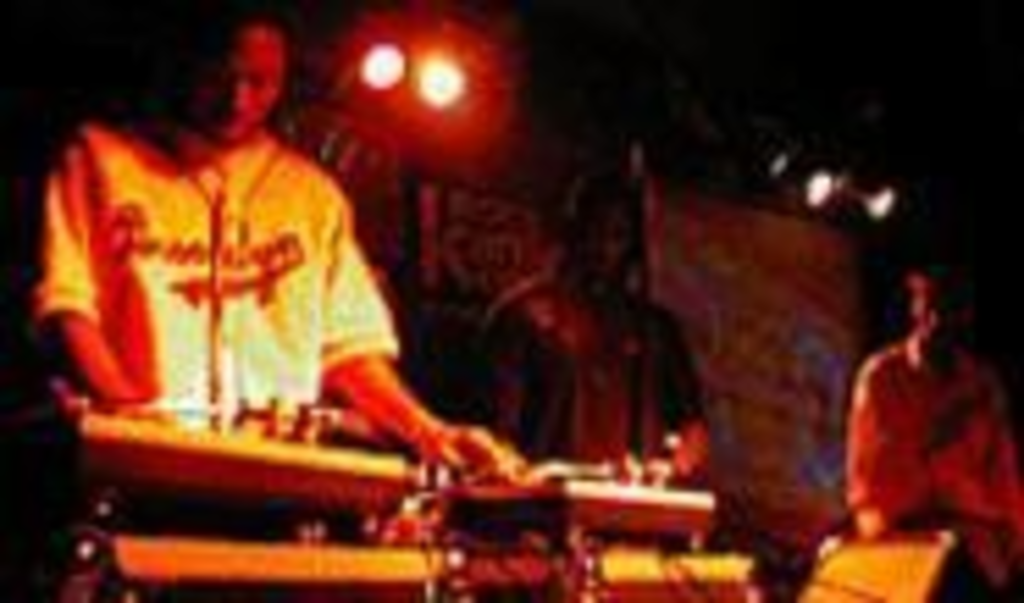 The annual event that generates the most money for 90.7 KJHK might surprise you. The University of Kansas’ on-campus station is best known for well-worn college-rock traditions such as Day on the Hill and the Farmer’s Ball, but its annual DJ Battle has quickly become the biggest contributor to its meager coffers.

Now in its fourth and largest installment, the DJ Battle has a few crucial ground rules. First, forget what you’ve heard about CD turntables. Your neighbor’s rich parents might have bought him one, but that doesn’t mean you can use it in sanctioned DJ competition. So leave it at home — for now.

“Oh, no. No, no, no,” says event host and Hip-Hop Hype disc jockey Douglas Jackson, aka Dizzy Blazo, repeatedly affirming the illegality of CD turntables. “DJs would lose it if we allowed those. You can’t duplicate the sound you get from vinyl.”

Rule number two: Top-City’s DJ SKU always wins. “He’s the real deal,” Blazo says. “In battling, there are certain things you watch for: DJ skills, cut jumping, beat juggling, stuff like that; but you also have to work the crowd, and SKU always gets the crowd going.”

Therein lies the trick to dethroning SKU and claiming KJHK’s DJ crown: getting the crowd on your side. It is a competition, after all, and pandering to the biggest voting block never hurts. However, few possess SKU’s deft touch on the table, which lends him the ability to mix crowd-pleasing antics with technical skills that can impress even the most corrupt judges. In other words, Blazo says, if you plan on breaking that second rule and taking SKU’s title, you’d better bring your A game.

“You can get off into the whole mixing up, spinning around and doing everything on your head, but that don’t always work,” Blazo cautions. “The guy who came closest to winning last semester, DJ Cyncere, was real good, but his technical skills couldn’t compare to SKU. Cyncere did have the most personality, though. He was scratching on the tables and opened a water bottle while he was doing it, and it wasn’t that hard or anything, but it was the whole point of it, like, ‘I’m tired, let me take a drink.’ It’s like a performance, just like any other actor or musician.

“SKU’s definitely the favorite now,” Blazo continues. “We got some DJs entering that possibly have a chance, but he’s delivering the best show in this whole area right now. His crew — the Handthrax Crew — that he brought last year, they were runners up.”

Handthrax’s presence makes for an intimidating prospect, but rule number one — the one about CD turntables — will be out the door in a few years, which will certainly help even the playing surface.

“Pioneers like Kutmaster Kurt and Biz Markie are using them now, and it’s coming everywhere else soon,” Blazo says with a sigh. “That’s what puts guys like me out of business. Some preppy kid who wants to DJ can go get one of those turntables and download any song from any artist and scratch it, mix it and do whatever he wants with it, and if it messes up he can go get another one. That eliminates the digging. That eliminates the shopping. That eliminates part of the beauty of the whole thing. Some DJs have cuts I’m never going to find, ’cause they got that shit back in the day and held on to it. Now that doesn’t matter. The art is definitely in trouble.”

Blazo’s doomsday scenario might sound depressing at first, but shouldn’t everyone — not just P. Diddy — have the opportunity to take hits from the ’80s and make ’em sound crazy? It seems making this art form more accessible could only enhance the chance for success of those who make a living spinning steel wheels. If the crowds at the DJ Battle are any indication, those preppy kids should be exactly who DJs keep in their sights.

“I don’t know about everywhere else, but it in this area there are so many kids that either try to be, want to be or are down with the hip-hop community,” Blazo says. “This sort of makes them a part of it. They can say, ‘I was there.'”

The actual battle might not be what this event is all about. Sure, there are cash prizes and records to contend for, not to mention the breaking competitions, but the DJ Battle is more about unity than rivalry. In fact, this year the event adds some international flavor with choice imports from New York and Singapore finding their way into the mix of a dozen or so local DJs from Topeka, KC and Lawrence.

“It’s an art form, and I’d encourage everybody who hasn’t seen one of these before to treat it like any other art,” Blazo says. “These guys are talking to you through the manipulation of records, and when they create a vibe that hits you, it’s a beautiful thing.”