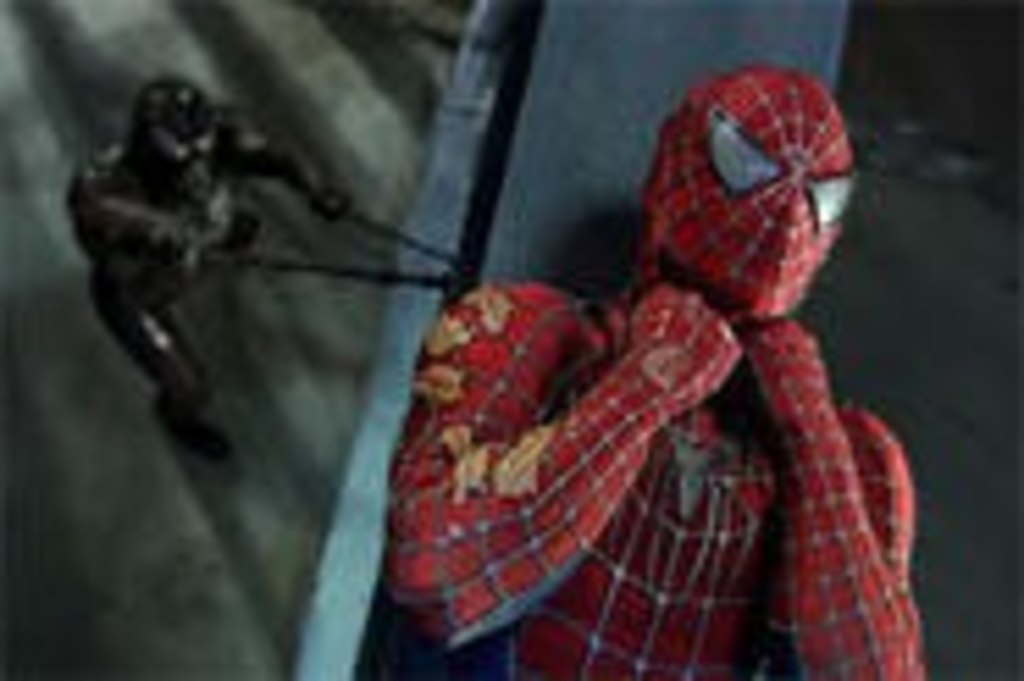 What is it with the third installments in superhero film franchises? They always strike out swinging their third time up to bat. It happened with Superman III, when Richard Pryor became a superfriend hatching the ridiculous plot that spawned Office Space. It happened with Batman Forever, when director Joel Schumacher hired Tommy Lee Jones and Jim Carrey and turned the serial into summer camp. And it happened with X-Men: The Last Stand, in which major characters were picked off to make way for lesser superdudes and duds. Now we’re faced with brand-new cinematic villainy in the guise of Spider-Man 3, which is overstuffed (three villains), overlong (140 minutes) and undercooked (plot points include amnesia and alien goo).

Director Sam Raimi’s fatigue is as contagious as a yawn. Whatever its precursors had going for it — heart, mostly — Spider-Man 3 isn’t terribly interested in the title character anymore. Somewhere between the joyous woo-hoo of the first movie and this weary installment, Raimi and a revolving door of writers — David Koepp gave way to Alvin Sargent, who’s now joined by Sam and brother Ivan — have become enamored of making Spider-Man movies in which the hero is a bit player. We don’t even see much of the costumed character until late in the first act here.

What’s worse, the franchise’s earnestness, its calling card, now feels forced and stunted. The relationship between Peter Parker (Tobey Maguire) and Mary Jane Watson (Kirsten Dunst) has ground to a standstill; that passionate upside-down, rain-soaked kiss from the first film feels like a thousand movies ago. They’re in love but not exactly lovers — not people who have almost died for each other time and time again. All they do is whine and moan at each other, until Peter is driven to date lab partner Gwen Stacy (Bryce Dallas Howard). Gwen seems an infinitely better catch than the perpetually shrill and inexplicably selfish M.J., whose Broadway career takes a nosedive after it’s revealed that she’s a lousy singer.

It all feels so Fantastic Four, so dopey and forgettable and carved out of second-rate cheese. The interesting villains (Green Goblin, Doctor Octopus — decent but ultimately tortured souls corrupted by insatiable greed and arrogance) have been replaced by computer-generated leftovers, chief among them Thomas Haden Church’s Flint Marko, a felon whose shape is shifted by an atom-scrambler that renders him the Sandman. Willem Dafoe and Alfred Molina were Wagnerian villains who pummeled Spider-Man with great cruelty and glee. More important, they were always onscreen, there in the flesh to break a few bones. Church is often nothing more than a computer-generated dust cloud or a skyscraper-sized ball of mud — a special effect that’s none too special.

And then there is Venom, the alien entity who initially takes over Peter Parker before leaping, like a squid made of tar, onto the waiting flesh of Eddie Brock (a wasted Topher Grace), Peter’s photojournalist rival at The Daily Bugle. A notable Spider-Man foe for years in the comics, Venom doesn’t make a good cinematic villain, chiefly because we don’t know squat about who or what he or it is, aside from a “symbiote” that amplifies Peter’s worst instincts and turns him from a nebbish into an asshole in a silly and wholly inappropriate song-and-dance number straight out of Staying Alive. And Venom — like every other character fighting for face time in an overplotted picture — is barely in the film, here only so that he and Sandman can face off with the lil’ Goblin (James Franco) and Spidey in a finale so slapdash and silly, it wouldn’t even pass muster in a comic book (something to do with a taxicab, a dump truck and Mary Jane suspended in a web over Manhattan). Cobweb-slinger is more like it.