A resurrection of the traditional sauce 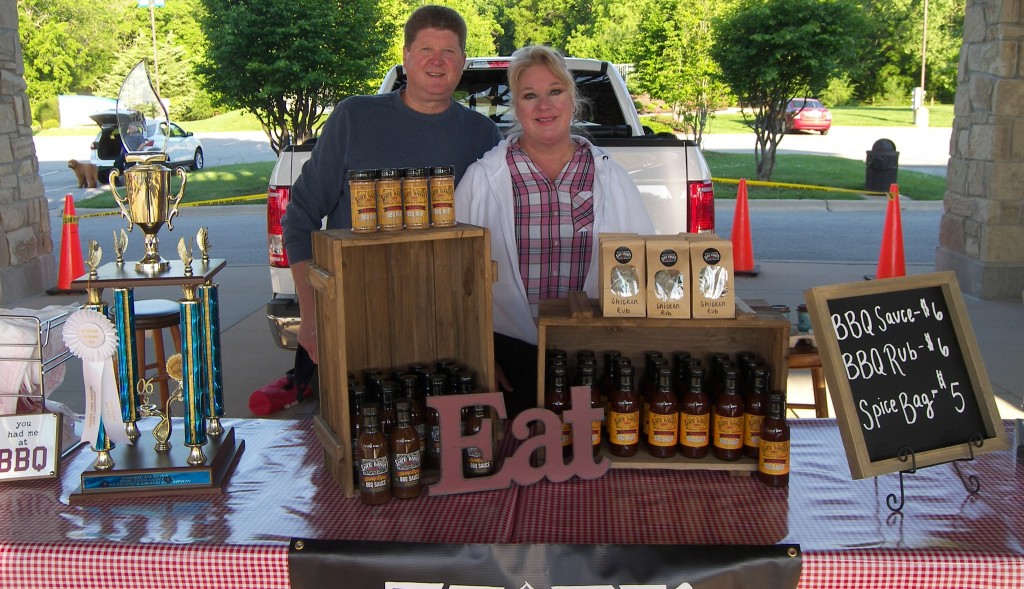 Olathe’s Pickerings Pub and Eatery once stood as a destination for those seeking authentic and delicious Kansas City BBQ. The restaurant, run by Patty and Paul Boone was famous not only for its classic American pub atmosphere and delectable foods but also for its in house BBQ sauces. These sauces were perfected by years of craftsmanship and competitions by the Boones and won contests at a variety of regional BBQ competitions, including The Lenexa Kansas State contest, the American Royal Open, the American Royal Invitational, the American Royal Side Dish contest, and the Jack Daniels’s World Championship contest. When the Pickerings went out of business in 2010, it seemed that the sauce was lost to the world.

Then, in March of 2020, the Boone family decided it was time for the sauce to return to the Kansas City stage. Although people were no longer able to go out and enjoy barbeque at their favorite restaurants, the people were hungry.

Prior to launching Spice Bandit, the family had taken their sauce unofficially on the road for many years, primarily while following the Chiefs at their away games. Each time, they found the same thing—people outside of Kansas City were absolutely blown away by the sauce and whatever it was on. In a twist that will surprise no Kansas Citian, it seemed that the vast majority of people outside of the BBQ Capital of the world had no idea how to BBQ.

Rather than simply mock these poor individuals, who suffer enough already having to live in places devoid of good BBQ, the Boone family decided it was time to bottle their sauce and save non-Citians from themselves. The master plan began with them selling at farmer markets, online, and now in a variety of small retailers around the metro.

But it’s not just about the taste of the sauce for the Boones—it’s about the community. Already barely six months into their existence as a company they have an incredibly engaged online community sharing tips, tricks, and pictures of delicious foods created with Spice Bandit sauces. And, to help all of these people out, Patty and Paul have been releasing videos training our uninformed friends on the basics of BBQ.

So what makes this sauce so special?

It literally comes from dreams. Patty Boone has such a defined palate that not only can she identify every ingredient in any dish she is presented with within a matter of moments, but her brain actually allows her to taste things in her sleep. We imagine the dreams are a lot like cartoon sequences of mad scientists cackling as they combine different elements—but whatever actually goes on inside her head, the end result is incredible.

The Spice Bandit Original Sauce is a Slow Burn sauce. The first part of the experience is a cornucopia of euphoric flavor, followed by an after taste that slowly fades, like the last embers of a delicious campfire. The sort that leaves you satisfied, but ever so slightly craving more. When paired with some good Kansas beef, this reporter can confirm, it is magical.

You can find out more and order some sauce at https://www.spicebanditkc.com/