Spending the quar developing pics in a darkroom 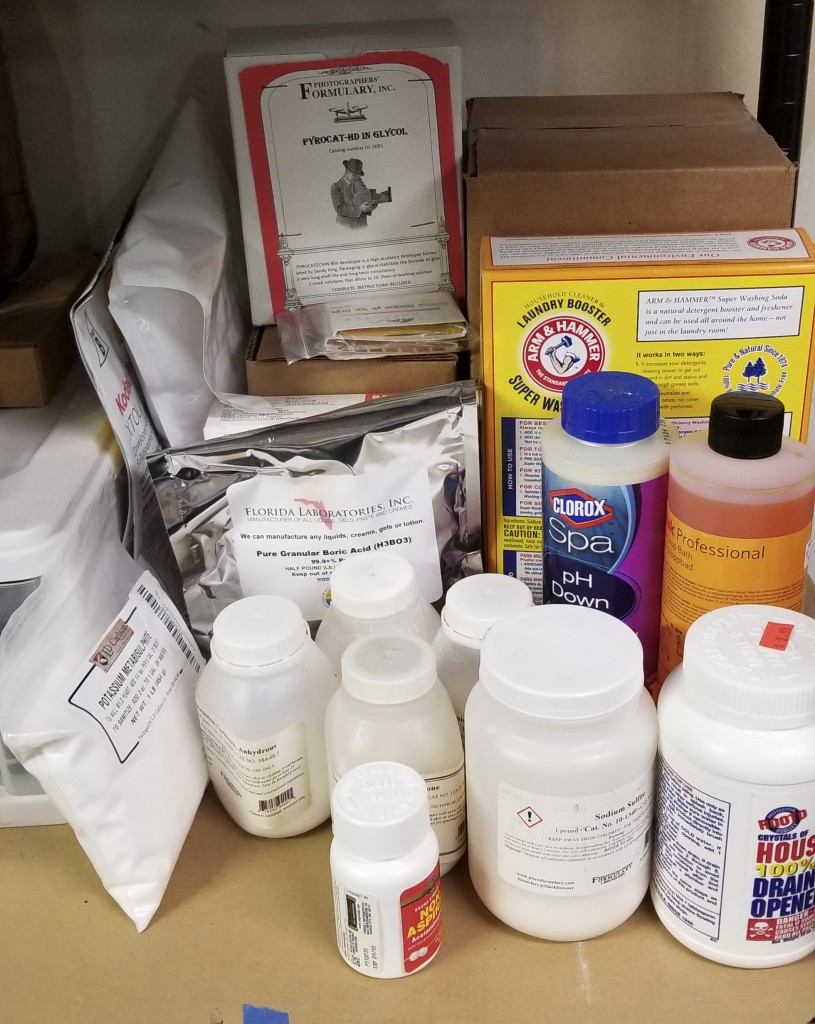 While wet darkroom printing faced a serious decline in the early 2000s as higher-quality digital cameras were able to largely replace traditional techniques a few hardcore users and many new converts have retreated back into darkrooms as a way to expand their skillsets.

Like many people my age and older, my first experience in a darkroom was in high school. I remember the sound of running water and cool air circulating in near darkness. Exposing the print, rocking the trays back and forth, watching the paper develop, it seemed like magic. Unfortunately, life happened. I didn’t spend much of the next decade in a darkroom or photographing anything for that matter.

Around 2011-12, most of the film and darkroom gear prices had really cratered but interest was starting to rise again. I was able to pick up a rudimentary enlarger from a stranger in Independence Lowe’s parking lot, like you do for $25. Fortunately, it was a relatively mundane exchange.

I scrounged up some ready mixed chemistry, a few print trays my father found buried in a closet, and off I went. At the same time, people started to hear about my film photography experiments and gear started more or less falling into my lap.

I found a near complete darkroom in a basement thrift shop in KCK for $30, a few modifications and additions later and it’s been my primary work setup since about 2015.

More experimenting and printing I’ve started mixing my own chemistry from scratch for flexibility and economy. It’s dramatically cheaper and most recipes are relatively non-toxic and simple to mix.

The process of exposing a print is pretty much the same regardless of whether you’re printing color or black and white images.

First, you meticulously clean and dust everything. EVERYTHING. When enlarging negatives, everything in the line of light gets enlarged, especially dust. It’s a constant fight. Next, you load the negative in the carrier, place it in the enlarger, and turn on the light. Set the image to the size you want to print, fine focus the image, and set the timer for a test exposure. A print is exposed based on a few factors but mostly how “dense” the negative is.  Then it’s safelights from here until fixing. 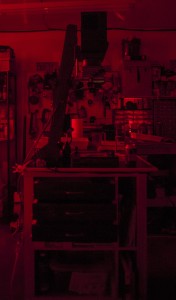 After exposure to light, you’ve got to develop the paper. It’s placed into a developer solution and the countdown starts. For this paper, it’s around 1:30 minutes. I’ve found punk rock is pretty useful for printing in a darkroom because songs are typically about the length of each step. After developing, the print goes into an acidic stop bath solution to neutralize the alkalinity of the developer.

Once “stopped” the print can be exposed to some light. The last solution, fixer helps ensure the permanence of the print. After fixing the print is washed to remove any remnants of the printing chemicals before they are hung to dry.

Once a print has dried, markups, changes, and tweaking start. This is when you get to fine-tune your process. This is when the “real” photoshop happens. Dodging, burning, adding/subtracting exposure, adjusting contrast, etc. All the adjustments you can make in photoshop with the click of a button started here with individual process steps.

Frankly, working in a darkroom is incredibly time-consuming and slow compared to a digital workflow.  However, getting away from screens, social media, people, is incredibly liberating. Turn off the lights, crank up the jams and create. The tangible ability to hold a print in your hands and look at it is so rewarding. Being able to see the range of tones in a traditional wet print is like playing a record vs a cd. Working with larger format negatives like 6x7cm or 4×5” and you quickly realize the shortcomings of digital despite the amazing technological leaps of the last two decades. Wet-printing has also helped me learn so much about my own photography and enhanced my skills in so many other areas of photography as well. If you ever get the chance to try wet printing in a traditional darkroom take full advantage. 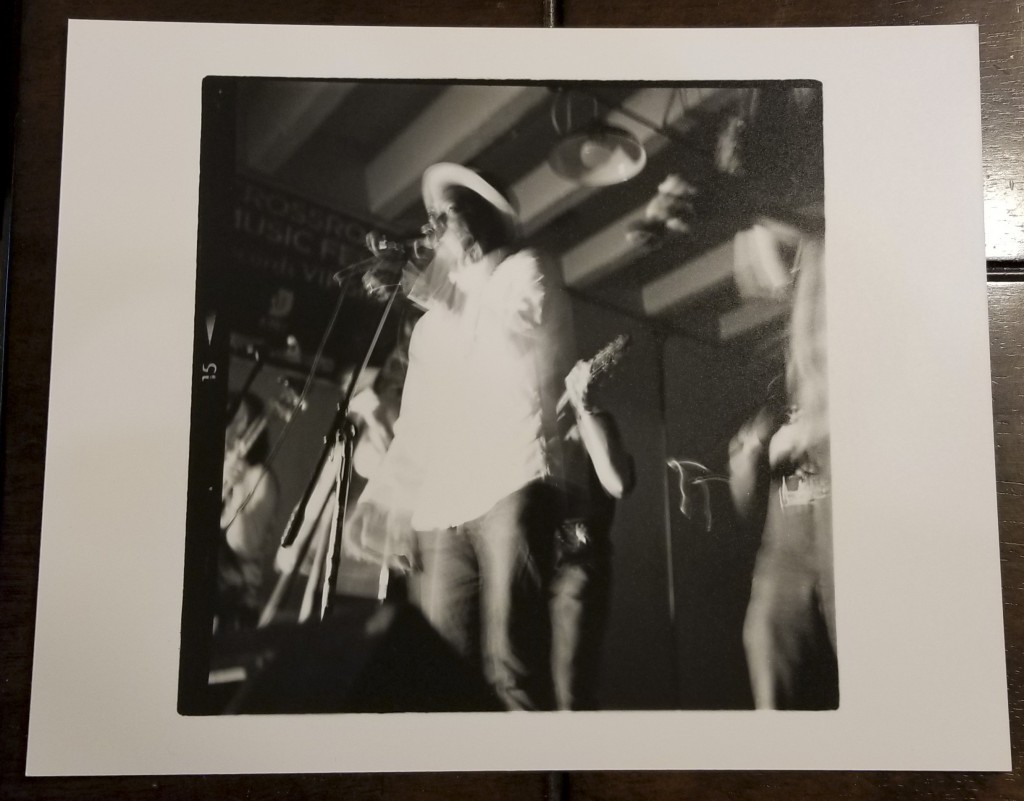 The Empowerment Studio? In this America? It's real and it's spectacular

Creativity hasn't shut down for these 17 visual artists