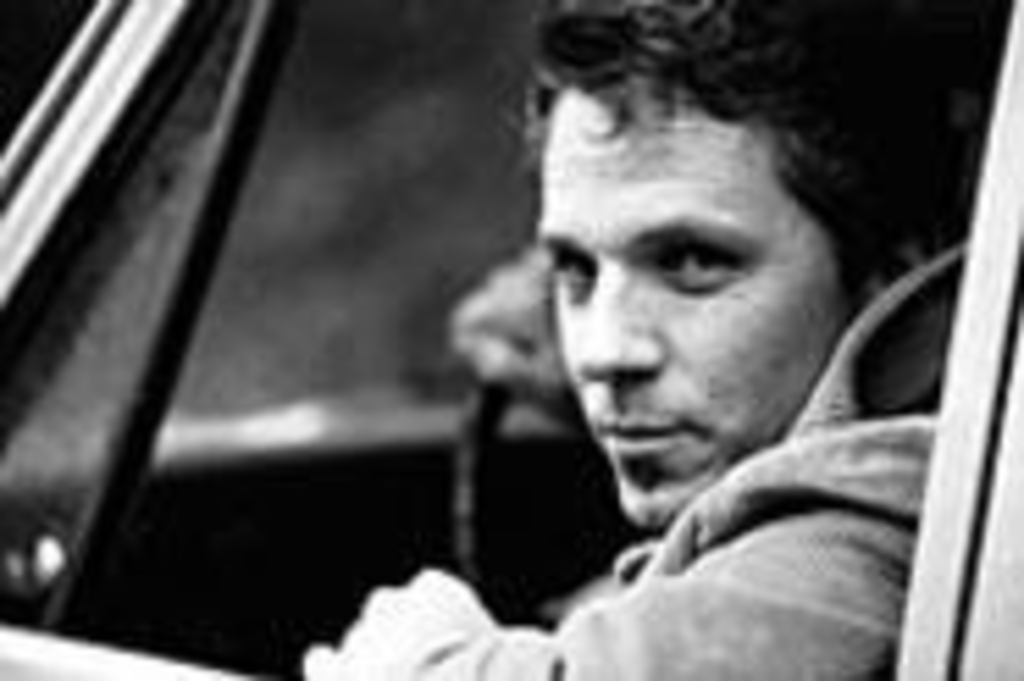 If you know anything about stamps, you know there is no better place for a crash course in American history than in the offerings from the dowdy old United States Postal Service. These gummy issues document our political leaders, our victories, the rise and fall of various technologies (some early express mail was carried by blimp, which briefly superseded trains, which superseded ponies) and our great artists, athletes, authors, activists and warriors. Our natural beauty is also celebrated in stamps, as are campaigns against evils such as AIDS today and polio once upon a time. A nation wears its soul in the top right corner of its letters.

Good Americana music should sound the way a well-tended collection of American stamps looks. Songs should be as enduring as an old one-cent bust of Ben Franklin affixed to the corner of a yellowing letter from bygone times. Music should commemorate the places, people and things that make this country great, and excoriate those that don’t.

San Francisco-based guitarist/songwriter Jeffrey Halford follows this approach in his bluesy folk-tinged rock. On Hunkpapa, his third CD, Halford sings the praises of past glories (“Crazy Horse,” “Satchel’s Fastball”) and bemoans present wrongs, such as the easy availability of the eponymous pistol in “.44.” Perhaps his most finely wrought lyrics are on “Black Gold,” in which Halford explores the past, present and future of the San Joaquin Valley.

“That was the breadbasket for America, the whole world,” he says. “At one time there was more oil coming out of there than even in Texas. But I just drove through there, and it was all gone and every town was propped up by some giant prison.” Or as he puts it in song, the men caked in black as the gushers roar had been replaced by prisoners housed in penitentiaries/Grey gold another kind of crop.

To Halford, prisoners are not just some black sheep shunted around by the state. He’s interested in how they got there, which he explores on “.44.” In this song, Halford disputes the old guns-don’t-kill-people/people-kill-people saw. Transformed by the power of a pistol’s heft, a mild-mannered preacher’s son buys the weapon and then smokes somebody with it over a trifle. The Magnum hijacked the young man’s personality.

Born in Dallas, the son of a communications executive who had a problem with authority (irate at one silent partner’s sloth, Halford senior once quit a high-paying job), Halford estimates that he changed schools ten times. The family careened from Texas to Vancouver and back and forth in and around Northern and Southern California. Halford clearly is not afraid to be on the move these days either, as his tour of fifteen western cities in eighteen days attests.

Halford’s migratory childhood was good preparation for the musical life. Frequent moves acquaint kids with a sense of place, if for no other reason than that they are exposed to many of them.

Peripatetic kids also learn not to fear what others do, and how to adapt. Halford has never had qualms about crossing the tracks to hear the blues, and in fact some of his best times were in Oakland blues joints full of African-American former Houstonians. “They were also so open,” he recalls. “I could go in the black blues clubs in Oakland, and they were always so welcoming. It was always ‘Come on in.’ They never had a problem with it; the same with the Mexicans, too, they’re very much like that. We’re the ones with the problem. It’s so ignorant.”

To capture some of that Oak-town soul, Halford called on the city’s legendary Gospel Hummingbirds. These birds know a thing or two about the blues, as testified by their two albums on the Blind Pig label, and here they swell majestically behind Halford on his paean to “Memphis,” as well as on “Black Gold” and “Satchel’s Fastball.”

“Bringing in those guys was super-cool ’cause I always loved that gospel-style rock and roll like Joe Cocker’s Mad Dogs and Englishmen and the Staples Singers,” Halford gushes. “So we got ’em all together at one of their houses in this funky part of Oakland. I just got out my acoustic guitar and threw out my ideas, and they just grabbed that shit. Man, they just killed it. The hair rose on my arms and head.”

The Hummingbirds are at their most glorious on “Satchel’s Fastball,” Halford’s study of an aging minor leaguer. They say time’s running out on me/As dog days turn to fall /I know that I can hit Satchel’s fastball, Halford roars over the swelling gospelers and his own slide guitar. It’s the kind of song that makes you want to learn more, to wonder why a guy would spend so much time convincing himself that if given the chance, he could send Satchel’s heater to the cheap seats. It’s like a black-and-white snapshot of a bygone time, a picture that captures the soul of an era, pasted in the pages of a musty album.

But then, Satchel Paige was enough of a legend to transcend mere family photo albums. He belongs in our nation’s photo album, which is another way to see our stamps. Jeffrey Halford may not be a philatelist, but his story-songs can serve as a sort of audible stamp collection, sagas of America that can stand for all time.