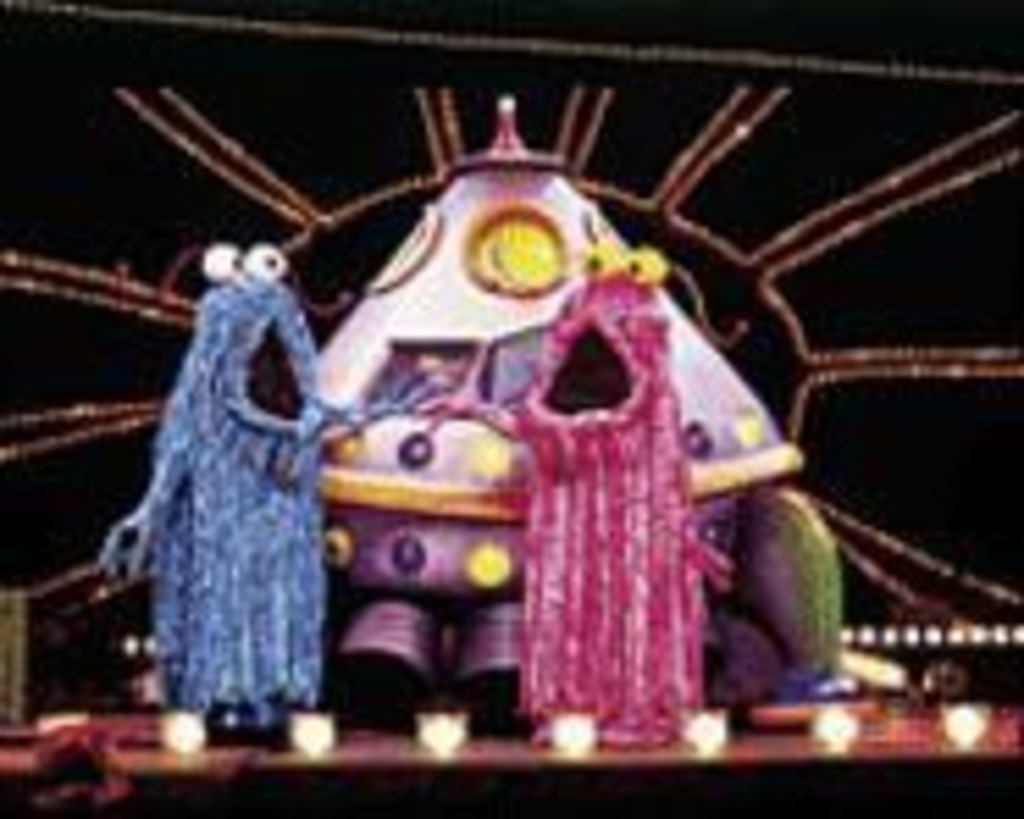 Without a doubt, Sesame Street must stand as the most utopian place in the world, right? In the words of the Yup-Yups, the answer can only be, “Yup, yup, yup, yup, yup, yup, yup, yup.” That’s partly because they know only one other expression, but it’s true nevertheless. Sure, there’s a furry blue guy with an insatiable cookie habit and another resident who makes his home in a garbage can. Then again, that’s how he likes it, and even if somebody suffers from, say, some kind of obsessive-compulsive disorder that compels him to count everything, everyone is accepted on Sesame Street, quirks and all.

That’s a good thing for the aliens who crash-land on the block in Sesame Street Live’s Out of this World, because just about anywhere else, these strange visitors would be greeted with fear and a one-way ticket to Area 51. But the Sesame Street gang is all about helping the aliens get back home, and if such a task involves singing, dancing and teaching them about our fine planet, so be it.

If Timmy now scoffs at talking fish, rainbow-colored though they may be, and refuses to bid good night to any inanimate objects, including the moon, his parents might wonder what to do with his outgrown books.

Through March 31, they can donate the ones that are in good shape to the Half Pint Library at Children’s Mercy Hospital. More than 75 libraries have sprouted in pediatric facilities, special-needs schools and community centers since Half Price Books began its book drive in 1999. Take The Rainbow Fish, Goodnight Moon and any used gems (new ones are swell, too) to Half Price Books at 8997 Metcalf Avenue in Overland Park, 15309 West 119th Street in Olathe or 1519 West 23rd Street in Lawrence. For information, call 913-383-3373.— Sarah Smarsh