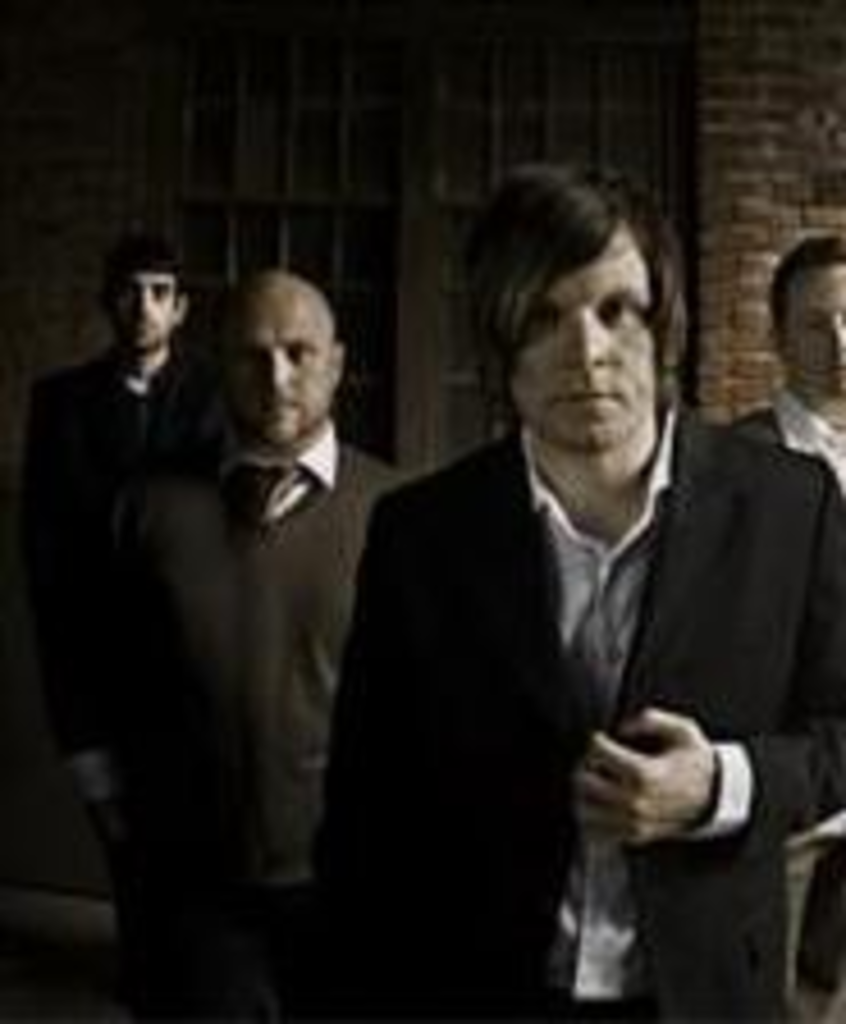 In a way, the four members of Copeland are kind of like the Amish of the music world.

No, they’re not performing by candlelight or touring the country via horse and buggy. But you know that whole “turn the other cheek” mantra? Oh, yeah. They’ve got that going on in spades.

Maybe it’s a coping mechanism. After all, when you’re a melodic-pop-making foursome living in the Deep South (Florida and, for a brief stint, Atlanta), cutting your teeth as the opening act for hardcore bands, you’re bound to take a few metaphorical swirlies and Indian burns along the way.

Aaron Marsh, the band’s lead singer, songwriter and guitarist, says it wasn’t as though Copeland chose to cavort with heavier bands and the crowds that loved them. In the group’s home state of Florida in the early 2000s, finding a headliner that wasn’t screaming was a real accomplishment.

“It seemed like when we first started touring, there was nothing but hardcore, Poison the Well-type bands touring the club scene, and maybe that has something to do with why we get labeled as wimpy, because … we gained kind of an early following among people who listen to harder punk and hardcore music,” Marsh says.

But let’s be honest here — Copeland doesn’t get labeled as wimpy just because it toured with hardcore bands. Copeland gets labeled wimpy because … well, because it’s Copeland. Between Marsh’s soft, lilting voice and the band’s penchant for pretty piano parts and puppy-love lyrics, Copeland makes Dashboard Confessional sound like Cephalic Carnage.

Marsh knows that his music is a little soft in the middle, but he doesn’t care.

“If they’re expecting spin kicks and guitar spins and screaming vocals, if that’s what they consider to be tough-sounding, then they’re absolutely right, but I’m not interested at all in making tough-sounding music, if that’s what tough is,” Marsh says. “If people don’t like melodic pop music, then they probably shouldn’t listen to Copeland. It doesn’t bother me at all. I’ve never been worried about being a tough guy.”

There’s obviously someone out there who’s spinning melodic pop. The band has been praised by the likes of Spin and Entertainment Weekly, and its recently released album, Eat, Sleep, Repeat, is keeping up with the Killers and the Hold Steady on the college music charts.

“I feel like we’ve reached every goal that we’ve had for the band,” Marsh says. “We’ve been touring for four years, and I’ve been able to keep the bills paid and play music full time. That’s all we’ve ever wanted, and at this point I’m completely satisfied. Anything else is just icing on the cake.”

For a band that doesn’t like to make a lot of noise, it sure is causing quite a commotion.