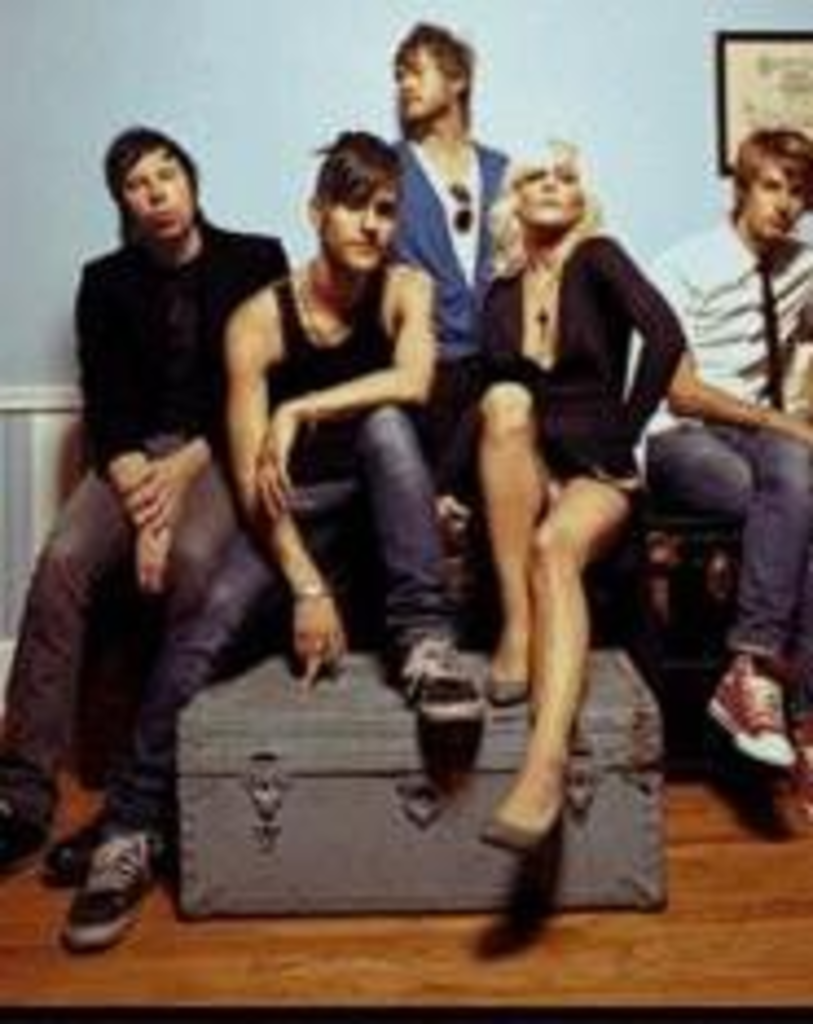 Sure, the Killers, the Bravery, Franz Ferdinand and half the bands breaking today are riding the new new-wave wave. And, hell, maybe the Sounds are doing that, too. But their deliriously catchy and undeniably fun mix of ’80s pop (think the Go-Go’s), Blondie, New Order and even the Ramones makes the Swedish band’s sophomore effort, Dying to Say This to You, one of this year’s coolest reasons to hit the dance floor. Drummer Fredrik Nilsson took the time to discuss recording the album, celebrity fans, and what it’s like having one of the hottest women in the biz fronting his band.

How did writing in the studio affect Dying to Say This to You‘s sound?

How does it feel to have giant names like Dave Grohl, Pharrell Williams and Britney Spears vouching for you?

Well, it feels good that they’re our fans. We like all our fans. Just because they’re famous doesn’t make them like us any more than the other fans. I guess it helps from the PR perception of things. It’s one of those things that record labels really want to put in your biography and on your Web site. All of the fans are really important, though.

Swedish critics were unimpressed with Living in America compared with critics in the States. How has the response back home been to Dying to Say This to You?

Kind of like last album, I think. A lot of Swedish critics are really lazy. They basically copied their last reviews and inserted the title of our new album in there, but they said the same thing. We knew it was coming. We knew it was going to happen, though.

Do you ever find it hard to work around someone as hot as [singer] Maja [Ivarsson]?

I don’t think any one of us in the band even thinks about stuff like that. We’re all just members of the same band.

I never think of it.

So, considering the title of the new album, what are the Sounds dying to say to us?

I think we were just dying to write these songs, to make a new record, to come out and play for all our music’s fans.