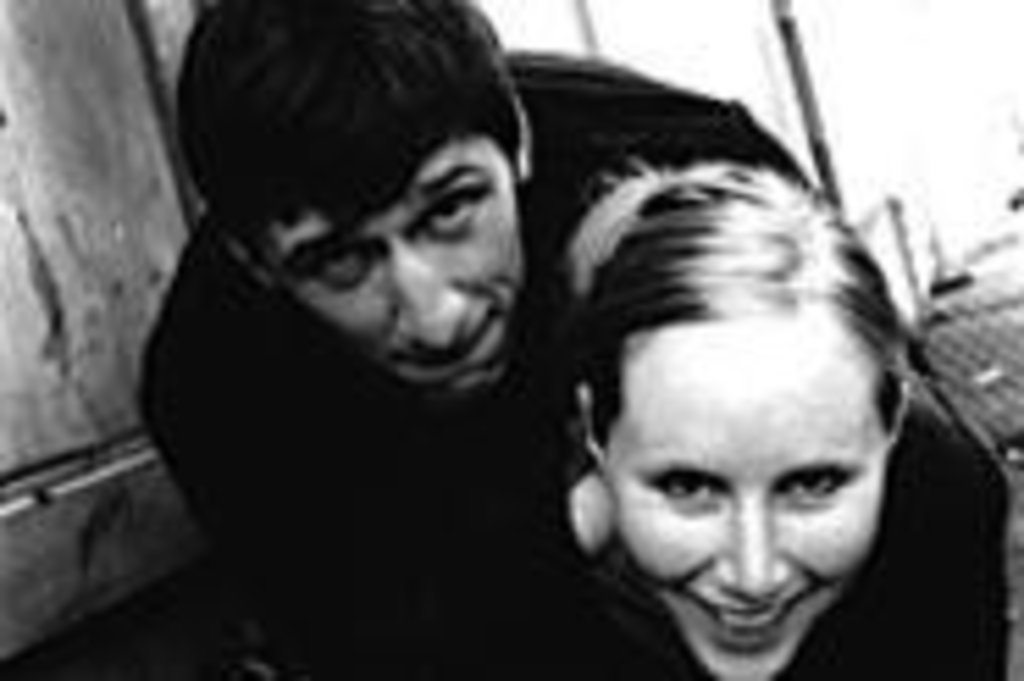 Most bands abide by a couple of unwritten rules: Never include a drum solo in your set, and never play for free. While the enforcement of these and other edicts differs from band to band, there is one dictum that’s almost always accepted: Never, ever join a band containing a couple. Mates of State doesn’t have to worry about that, though, because newlyweds Kori Gardner and Jason Hammel are the only members of the group. After starting the band nearly five years ago in Lawrence, Gardner and Hammel moved to the Bay Area, where they’ve been making sweet Mates music ever since. Still, conventional wisdom holds that attempting to form a successful band and marriage with the same partner will put one or the other in danger.

But conventional wisdom doesn’t really apply here. After all, conventional wisdom would also tell you that just two people — one playing drums, the other a Yamaha — couldn’t produce the rich, endearing songs that appear on Y2K’s My Solo Project and ought-two’s Our Constant Concern. The dynamic duo’s ability to create so much from so little stems from its willingness to discuss issues that are deeply personal to its members in a manner that makes it difficult for passive listeners to completely comprehend. Maybe it’s the way Gardner and Hammel occasionally sing their parts one on top of the other, eschewing the time-honored coed band tradition of call-and-response lyrics and giving the impression (intended or not) of an arguing couple. Or perhaps it’s the Mates’ knack for turning a paragraph of prose such as Could you tell me what it means to plan?/Have you chosen me to be your jointed hands?/Put your stakes in and be glad that this is something static and solemnly invincible into something lyrical. Either way, Hammel knows it’s not easy for everyone to understand, and that’s the way he likes it.

“Sometimes people will say, ‘I have no idea what they’re talking about (in the songs),’ and I think that’s because they are really specific to our lives, situations that have happened to us, how we’ve dealt with them and our individual takes on that,” Hammel explains. That’s not to say that all the details of the group’s personal experiences have managed to evade fans, reviewers and booking agents. For example, Mates of State will be gigging on Valentine’s Day for the second straight year. “‘It’s Valentine’s Day; let’s book the couple,'” Hammel says, parodying the thought process of club owners. “It’s all right, but it takes away from our personal plans.”

Also, the Mates’ members find their relationship mentioned in every story written about them, often before any description of the music takes place. To ignore the group’s matrimonial bond completely would be like discussing GWAR without bringing up its outrageous outfits, but the Mates’ relationship is no gimmick. Yes, they are married, but that’s a fact that animates the band and its music, not something that should define it.

The group wasn’t started as a forum for its members to vent their feelings about one another; it came about, as Gardner remembers, when members of another band in which she and Hammel performed at the time couldn’t come out to play. “There happened to be an organ and drum set up in the practice space, and a week later we had already been scheduled to play an open-mic night on acoustic guitars, so we ended up doing this instead,” she recalls. “After that, we found out that it was easy and different, and we knew we were moving, so we just decided to make this the band. I guess it was on a whim, but it ended up being a good idea.”

Indeed, an idea that might finally strike down any archaic conceptions about couples and bands. (Granted, there are other exceptions — see Sonic Youth, Superchunk and the Mates’ labelmates Rainer Maria.) In a lot of ways, continuing to follow that axiom is like not trusting anyone older than thirty or following any of those other mores handed down from the ’60s, when music-making couples such as John and Michelle Phillips or Grace Slick plus the other members of Jefferson Airplane were the benchmarks. So screw conventional wisdom, and feel free to enjoy the Mates of State, as long as it doesn’t break that “no drum solo” absolute.