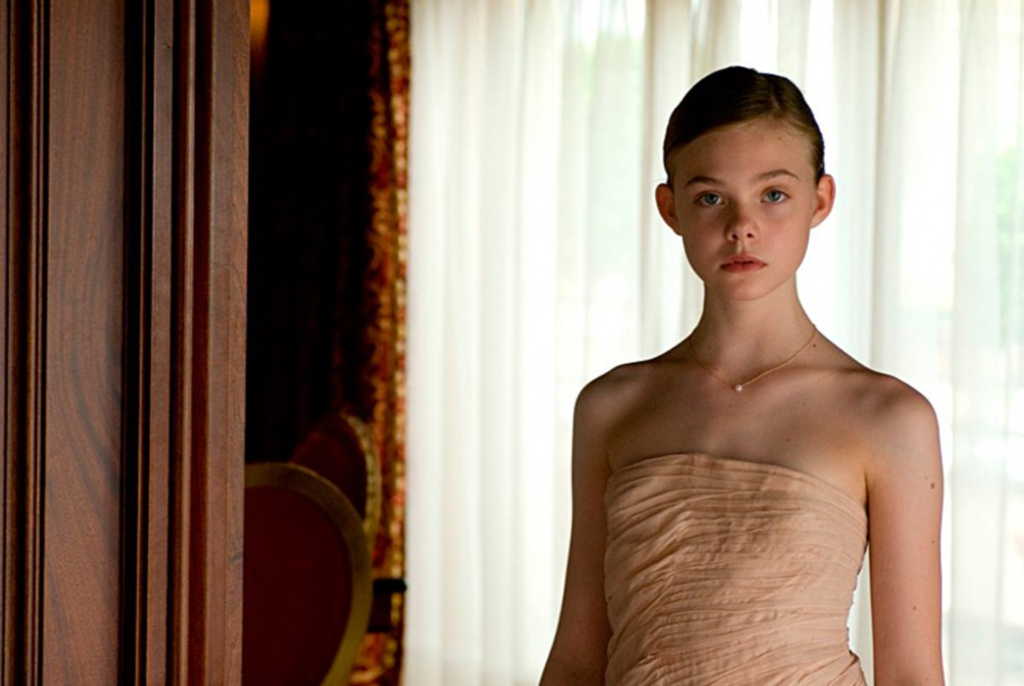 Dissolute action-movie star Johnny Marco (Stephen Dorff), first seen doing laps in his black Ferrari, has no destination in Somewhere, Sofia Coppola’s mood ring of celebrity lassitude. Coppola’s fourth feature is, at times, similarly aimless and empty. But those who groan that the writer-director has made another indulgent film about the obscenely privileged have overlooked Coppola’s redoubtable gifts at capturing milieu, languor and exacting details.

West Hollywood’s Chateau Marmont, where Johnny lives, continues the role played by Tokyo’s Park Hyatt in Lost in Translation and Versailles in Marie Antoinette: a pleasure palace where all desires are anticipated before they’re even articulated and no request is too outlandish. Yet, for all the pole dancers Johnny can order up to his room and the naked women waiting in his bed, Coppola also shows the flip side of erotic abandon and concierge service in her portrait of the Chateau (where John Belushi overdosed in 1982), focusing on the “braindeadness, aphonia, sadness, [and] ineffability” of boutique living, in the words of cultural critic Wayne Koestenbaum in Hotel Theory.

Aphonia, or loss of voice: Not much is said in Somewhere, a loose-jointed chronicle of Johnny’s copious downtime while he nurses the wrist he broke while drunkenly falling down the Chateau’s stairs and as he waits around to be told what to do by his fawning manager. Of his scant professional obligations, one involves doing a few hours of publicity for his latest mediocrity, Berlin Agenda — a set piece that hilariously sends up the particular stupidity of the press junket, from the aggressive obsequiousness of publicists (“That was awesome!”) to the staggering inanity of  film journalists (“How do you think this role represents Italian-Americans?”).

Coppola’s bid for audience empathy for Johnny — played by an actor whose career has oscillated between B and D lists over the past 20 years — proves to be Somewhere‘s most insurmountable obstacle (though it’s a more palatable request than being asked to feel for Bill Murray’s intolerable middle-aged depressive in Lost in Translation). Dorff, like Johnny, is seedily handsome and plays his role with an impressive disregard for vanity. A box of Propecia visibly rests on the bathroom sink; after posing for photos with his Berlin Agenda co-star (Michelle Monaghan, in a tart cameo), Johnny steps off a 3-inch platform. But his final-act epiphany, accompanied by tears and midnight confessions, grates as much as the smirk on his face in the film’s closing image. It’s an unearned catharsis with as much poignancy as an Us magazine “Just Like Us” photo spread.

Yet Somewhere does find emotional ballast in Elle Fanning (11 years old when the movie was shot), playing Cleo, Johnny’s daughter. All limbs and flaxen hair (like the Lisbon sisters of The Virgin Suicides, Coppola’s first film), Cleo easily and necessarily assumes the role of caretaker, preparing eggs Benedict for Johnny and his goofball friend Sammy (Chris Pontius)during one of her visits to Dad at the Chateau. Though smart and capable, Cleo isn’t precocious, and Johnny is most comfortable with his daughter when they’re playmates, battling each other in Guitar Hero or indulging in room-service gelato.

Coppola and Fanning subtly incorporate the fact that Cleo, still a kid and eager for parental guidance and support, is also on the cusp of adulthood, of shifting from a pre-sexual to a sexual being. The withering look she gives her father as she’s forced to make breakfast small talk with one of his many rotating bedmates indicates the preteen’s own burning discomfort at having to endure her father’s carnal misadventures. It also inadvertently showcases Fanning’s superior talent, outshining her lead. Where Johnny’s tears will make you roll your eyes, Cleo’s will break your heart.