Solve for Stuck: Changing the narrative for 2023 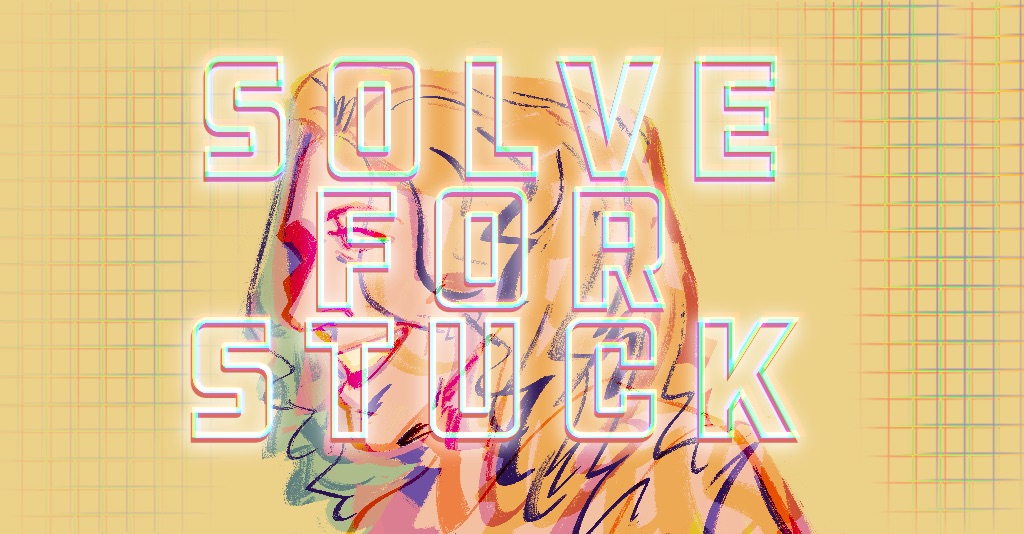 Psst… hey… you with the resolution to do things differently this year—how’s that going? If you’re like most people, by now you’ll have likely either dropped your New Year’s resolutions altogether or be totally fried by your efforts to stick to them.

We all get seduced by the siren song of “New Year, New You!” (Sidenote: Anyone who says this is likely selling something). No shame if you’ve ever tried (and failed) to keep New Year’s resolutions. It’s totally normal to hit January feeling flooded with the desire to make major changes. Wanting to develop healthier habits and to be better humans is admirable, but without accurate information, not only will you end up getting stuck—you’ll then blame yourself for your state of stuckness, which inevitably leads to more of the bad habits you set out to change in the first place.

There’s a reason more than 80% of New Year’s resolutions are toast by Valentine’s Day—and it has nothing to do with laziness or lack of motivation.

Why is it the same story year after year?

Since you’re reading this article, you likely fall into the category of people for whom the following cycle applies:

Q1: Jan. – March: You feel like crap from months of suboptimal choices, so you resolve to change everything about everything. When that doesn’t work, you say screw it. Plus, St. Patrick’s Day and March Madness are super fun. Who wants to meal-prep and be in the gym at 5 a.m. when you can have green beer and sports ball snacks?

Q2: April – June: Uh oh. Summer’s coming. The diet industry’s marketing machine tells you to hurry up and get your body ready because something terrible will happen if you don’t. Suddenly, you have renewed vigor to revisit those long-abandoned resolutions. Once again, you hustle to change everything about everything.

Q3: July – Sept.: It doesn’t take long for you to realize that the diet industry is utter BS and that all bodies are “beach bodies.” Plus, it’s summer. Who wants to focus on breaking unhealthy habits when it’s so nice out?

Q4: Oct. – Dec.: Holiday season. Cue scary music. Did you know that the holiday season is to therapists what tax season is to accountants? One of the major contributors to holiday depression is expecting your family to act in a way that in no way matches the reality of how they’re likely to act. By mid-November, you’re likely short on time, short on cash, racing around your life forgetting all those boundary-setting skills you learned about on TikTok, staying up too late, and telling yourself, “It’s fine. I’ll fix this all in January.” The New Year’s Eve rolls up with its glittery promises of new beginnings, and the cycle repeats.

Nothing good happens in January for people who spent February through December locked in the aforementioned cycle. This isn’t because you’re lazy. This isn’t because you lack willpower. New Year’s resolutions fail because by January, you’re reasonably exhausted. The energy required for the change process is obliterated by the demands of the holiday season.  You would never expect your car to make a cross-country journey on a quarter tank of gas, yet we set this expectation for ourselves year after year. The cycle basically boils down to this:

So, what’s the solution?

Here’s a wild notion: What if you made your New Year’s resolutions in April? The first quarter of the year is best spent resting, recharging, and taking inventory of what went right (and what went wrong) the year before. In our efforts to become “new” people, we skip out on the most important part of the change process—identifying why we participated in the things we resolved to change in the first place. Understanding the function of a behavior is necessary to change behavior.

If you take time in January, February, and March to focus on self-care, to slow down, to evaluate and thoughtfully consider who you are and what you want, it is much more likely that by the time the snow thaws you’ll have both the insight and the energy to achieve your goals. April is the ideal time to make New Year’s resolutions.

All that said, if you insist on making your resolutions now, here are a few tips:

Refuse the temptation to lie to yourself. Are you really going to get up at 5 a.m. in the dead of winter to train for a half marathon? A fun-sized goal that you know you can achieve always surpasses a mega-goal that you’ll inevitably ignore.

Make a list of people/places/things that can help you stick to your plan. Pick one.

Don’t wait until you feel motivated. You’re not going to “feel like it.”  Do it anyway.

We often focus so intensely on what’s going wrong that we forget to notice what we’re doing right. Failure to celebrate your small wins makes it unlikely you’ll hit the bigger ones.

Regardless of when you attempt to set and keep your resolutions, remind yourself (at frequent intervals) that making a good decision takes time to produce a good feeling. Anytime your brain is used to a pattern, changing it will kick off a nasty withdrawal process. Withdrawal is the unpleasant but necessary stage between “Yay, I made a good decision” and “Yay, look at my shiny new behavior.” It’s hard to make it through withdrawal when your tank is empty. Once again, I stand by my recommendation to make resolutions in April, when the withdrawal process can be supported by nicer weather and later sunsets.

Whichever path you choose, remember this:

“Lazy” is a moral judgment, not a biological reality. You are not lazy.

“Crazy” is a word people use to describe behaviors they don’t understand. There is no such thing as a “crazy” person. You are not crazy.

The human brain is always motivated. It’s either motivated to do what you want it to do or it’s motivated to conserve energy and survive threats. You are not unmotivated.

Follow along with Psychotherapist and author of The Science of Stuck Britt Frank [MSW, LSCSW, SEP] on Instagram (@brittfrank). To ask a question about recovering from the last few years, or anything else regarding mental health, reach out to britt@thepitchkc.com

Disclaimer: This article is for entertainment purposes only and is not to be taken as official mental health treatment or professional medical advice.