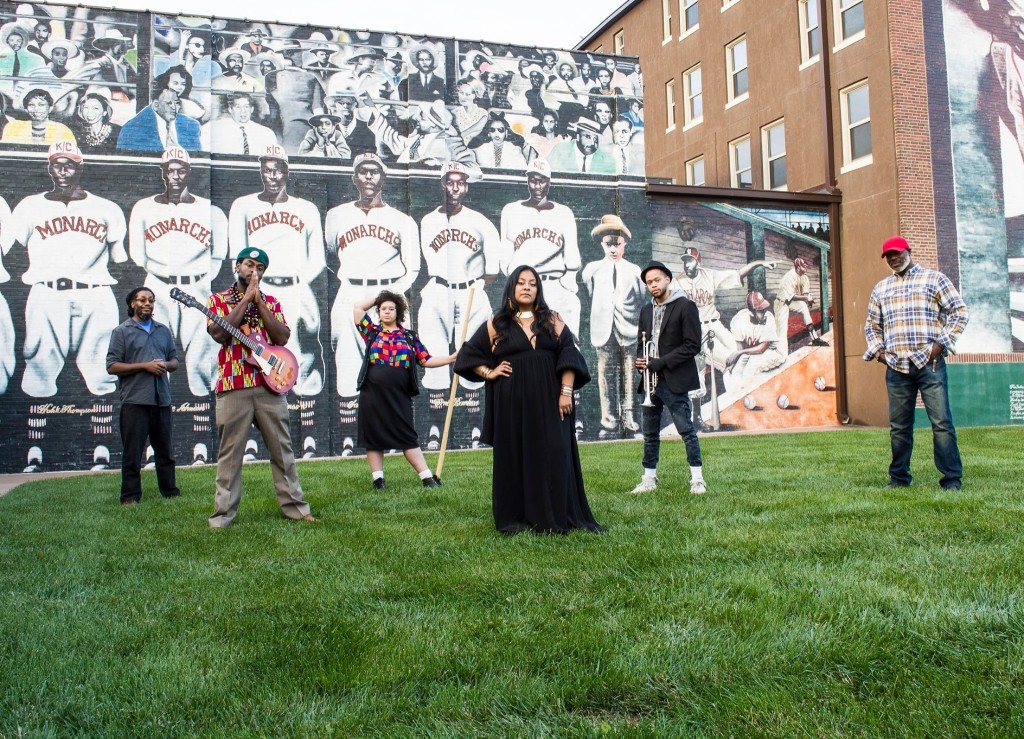 This Friday, September 30, sees the SolSoul Festival hit the stage at Lemonade Park.

We hopped on Zoom with Arqueta Del SolSoul’s Jessica Ayala and Les Izmore to discuss the festival and what they hope it does for Kansas City, and started by asking if this is a celebration of the Afro-Latin collective’s new self-titled album, the end of summer, music, or all of the above.

Given that SolSoul Fest’s first outing happened in 2019 and then had a two-year break due to Covid, Izmore continues Ayala’s explanation by saying that the festival now has an additional component of celebration attached.

“It’s all that celebration, and celebration of us being able to do it again and building community–coming together,” he says.

Ayala agrees, continuing on to say the rest of the members of their band believe very strongly in being able to bring all different types of folks from all over the metropolitan area to come together and celebrate music. That’s why not only are there multiple musical acts, but they’ve invited local people of color’s businesses to come vend, to further expand on that concept.

“Our collective–I mean, shit is pretty expansive,” Izmore says. “If you pick out a couple of us, we have a bunch of damn influences and styles, but it’s really a KC thing, if you ask me. We are from the middle, so we gotta sound like nobody else. When we push ourselves to be ourselves and show all our influences, ain’t nothing like it, so this is a display of that.”

What “that” is, is indigenous Black people because, as Izmore continues, with that, you can get all the sounds in the world. As he puts it, “You don’t even have to go anywhere else, ’cause we all have it, too.” 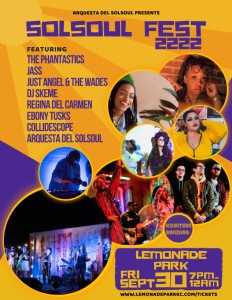 This is just one small pocket, he says, so that everyone can see just what Kansas City’s musicians can do. This is when Izmore drops the fact that not only is there Saturday’s Lemonade Park performance, but Saturday, October 1, will be day two of SolSoul Fest 2022, and will be a free outdoor kick-back in partnership with the American Jazz Museum, taking place under the pavilion/atrium behind the museum.

From noon until 8 pm, there will be DJ sets by DJ Samihah Soul, D’Jawnz, and AgroArt, along with producer/beat sets by D’Jawnz and Bazzie Starstuff. There will also be skillshares and knowledge about wild Native foods, printmaking, button making, Soul-Qi, herbal first aid, seed keeping, zines, books, and yoga.

With all of the talent on display for Friday’s show, it feels as though Izmore and Arquesta Del SolSoul are also educating the people of Kansas City on just how good they have it in terms of musicality, as well. Every name on the bill is one about which to get excited and a combination of any three artists would be an absolute blast, but having all of them at once is a testament to Izmore’s organizing capabilities. We mention this and Izmore laughs a little.

“This fest is for me, first off,” Izmore says. “’Lemme see you all in one place! Y’all wanna do a show? Anybody else wanna come, perfect, but first off I’m being selfish. Let’s get it together.’ But also, this kind of talent we got here? A lot of people don’t do the combinations that we can, but when we do it goes like this.”

“I’m gonna give Les a little more credit than being self-selfish,” interjects Ayala. “I think it’s quite the opposite. Les is one of the most selfless people out there.”

As she goes on to say, Izmore is one of the people in Kansas City who will go out every weekend and support other artists in the city and there’s not one person in the city who can say that that they haven’t experienced Izmore at their shows.

“It’s because of his love for the city and local artists and the creation that the middle of the map does for us,” Ayala says. “That’s why he goes out: he wants to support people. He wants to be in the front.”

She continues to say that when Huelga, her book of poetry, came out, Izmore was one of the first people in the back to give her encouragement while she was scared to death, reading her book for the first time.

“It just encouraged me,” Ayala concludes. “It said, ‘You know what? This is something needed in our city. This is something important,’ and I feel like everybody that’s on bill are people that Les has supported every weekend and, and gone out and occupied space with them. I think that that the lineup speaks volumes to his support of the city and his love for the artists that he chose.”