Solo Shakespeare and a revealing medical story: Getting started at KC’s 2017 Fringe 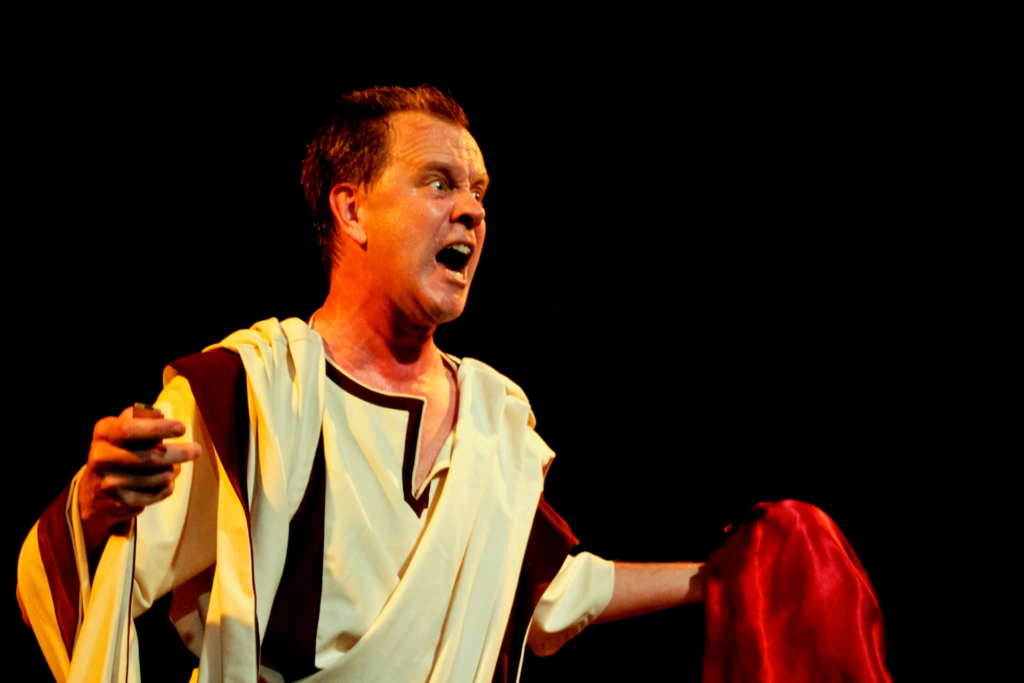 The art of political spin, the massaging of public opinion, the ruthless machinations of a leader’s administration — these things predate our era by hundreds of years. That’s one takeaway, anyway, from Breakneck Julius Caesar, “adapted, edited, explained and performed” by the charismatic and talented Tim Mooney, whose breathless one-person one-hour tour through the Shakespeare play is yet another outstanding production by this Fringe Festival performer who has built a genuine following in KC. (He has brought us The Greatest Speech of All Time, Breakneck Hamlet, Criteria and Shakespeare’s Histories: Ten Epic Plays at a Breakneck Pace.)Mooney alone stages this condensed Caesar run-through — he says he has “sliced this play up … to see more of the forest by removing some of those obstructive trees” — which highlights the major characters, plot points and important speeches and delivers a side of commentary and historical context (while adding some collective audience participation). The Shakespeare tragedy has never been so much fun and simultaneously instructive. It’s a Fringe go-to, onstage at the Unicorn Theatre’s Jerome Stage (3828 Main).

Also educational, and surprisingly entertaining, given its subject matter, is Bladder Interrupted, Michele Leon’s one-person retelling of her cancer diagnosis and treatment — and her coping mechanisms. It’s more than you may have thought you wanted to know about the disease, and it’s information you’re unlikely to forget. Incorporating podcast, blogging, puppetry, storytelling (and humor), Leon is both removed and compellingly revealing as she revisits her recent experience — she was diagnosed in 2016. While the show lags in spots (and suffers some sightline issues in its venue), it doesn’t fail to touch its audience. See it at Phosphor Studio (1730 Broadway).