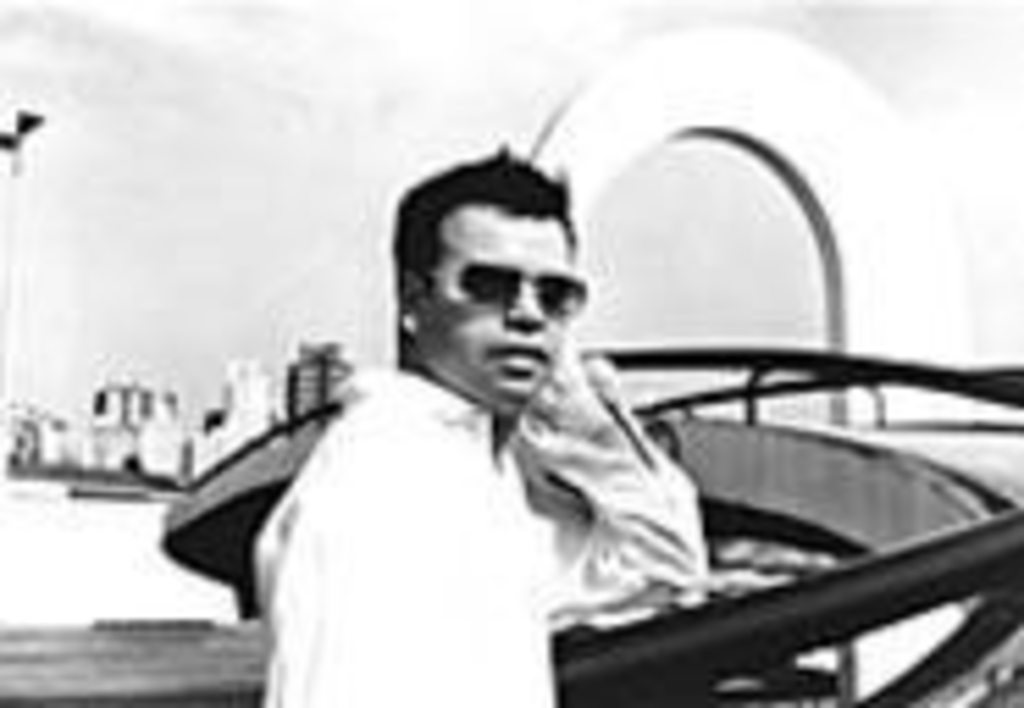 The party started early at a midtown bachelor’s crowded lair last month. Dozens of young people, most in their mid-twenties, showed up in their Friday-night best: baggy pants, pec-tacular shirts, backless tops, booty-quakin’ bell-bottoms, feather boas, heavy makeup and T-shirts emblazoned with phrases such as “I [Heart] Paul.” They drank. They danced. They popped a few pills. All in the name of a love-inducing bloke named Paul Oakenfold. But why does he deserve so much attention from these glitter bugs? Hell, he didn’t even have the courtesy to show up at this shindig.

For an actual glimpse of “Oakie,” most of the guests had to pay handsomely to meet him later at his place of residence for the night — the Uptown Theater. Some at the party took the flashy route to the Uptown, ordering a limousine to whisk them off. After their arrival, an around-the-block line in nipple-piquing weather greeted people not on the prized guest list. Suffice it to say, Paul Oakenfold apparently is worth the trouble and hoopla. Never heard of him? To his fans, he might well be the second coming of St. Paul, a deity of a DJ.

Oakenfold’s name stretches across the Uptown marquee. His is just above that of Erykah Badu, the multiplatinum Grammy winner who would perform the following evening on St. Patrick’s Day. Badu’s name is more recognizable, but Oakenfold managed to give the new-millennium diva a run for her money at the box office. On Friday, March 16, having sold out his concert some three weeks in advance, mixmaster Oakenfold jammed the house with 1,900 guests. Badu drew about the same number of people 24 hours later.

Maybe Oakenfold’s impressive drawing power can be attributed to the fact that his name appears in Guinness World Records for being number one in his profession; in 1999, Oakenfold was declared the “World’s Best DJ.” But the dubious distinction hasn’t bloated the DJ’s ego. If Oakenfold had had a choice that weekend, he would rather have gone to Erykah Badu’s concert.

“I want to see her tomorrow night,” demurs Oakenfold after his two-and-a-half-hour set of virally infectious trance music. “I never expected her being here.”

To savor this precious moment in time, Oakenfold had a picture taken of his name in lights atop Badu’s at the Uptown. It was proof positive he and Badu deserved to be mentioned in the same breath, although being a world-class DJ does have a down side. A contingent of Oakie fans believes Paul should remain underground and avoid “selling out” — as in earning some mainstream recognition.

“I think this is too commercial,” complains a man attending the Oakenfold show. He’s upset that the secret power of Oakenfold is on full public display — complete with a price tag of $30 a ticket, nearly as much as Badu’s at $36 to $43.50 a pop. However, Oakenfold is willing to pay the price to finally go where few DJs have gone before. Being labeled a “sellout” goes with the territory.

“Ninety percent of the music I play is not available to people, and they are into it,” Oakenfold says. “It’s all underground. I feel good to be part of a scene, and to me, the number-one thing is the crowd. I want to be part of them.”

And the crowd wants to be a part of Paul Oakenfold.

“This is the first time I’ve heard him,” says an eighteen-year-old concertgoer from Lawrence who identifies herself as Sunshine. “His music was high-energy, like ‘boom-boom-boom.’ He’s a very talented DJ.”

Oakenfold, a former chef at a gentlemen’s club who opened for U2 during its Zoo TV tour for eighteen months in 1992-93, is a household name to legions of dance-music aficionados who are surfacing in big numbers across the country. From Miami to Milwaukee, from New York to New Mexico, DJs are relishing their star status and creating a demand for turntablists who can melt the wax.

In Kansas City, popular spinner DJ Roland — a Klammies nominee in the dance/DJ category — says the time was right for the city of fountains to get into the flow.

“Everyone in Kansas City thinks I’m a fortune teller because I was talking about this happening,” Roland says from his cell phone in Miami, where he is attending the Winter Music Conference. “It’s not too hard to figure it out. What’s happening in other places will happen in Kansas City.”

In Miami, Roland is watching and rubbing shoulders with DJs he anticipates will make tour stops in Kansas City, where a $30 ticket price is actually a bargain for headliners such as Oakenfold.

“Every show down here is forty bucks, night after night,” Roland says. “I went to John Digweed on Saturday at midnight and tried to get in. I was in the line for two hours, and the fire marshal shut it down. But I did get to see Danny Tenaglia from New York at Club Space, and there were about 2,000 people there. Anyone within 400 miles of here comes to see them. This is where the dance music is, and I know about twenty other people from Kansas City who are here.”

Roland, who spins regularly on Thursday nights at The Hurricane and Friday nights at XO’s Oxygen Room, says local club owners are still skeptical about the dance music as a money maker. But new downtown clubs (such as Spark Bar, Chemical and Life) and a handful of restaurants (Luigi’s, for example) and small bars are catering to the spin cycle. Kansas City is no Miami, but the influence is finally getting here.

“I’ve told club owners that [the Paul Oakenfold concert] was going to be a wake-up call,” Roland says. “They said people weren’t going to pay $30, but they did. I’ve been working on bringing other shows to the Uptown this year, like Sasha and John Digweed, and it’s going to happen again and again.

“But Kansas City is going through growing pains,” he adds. “With all the lofts being built in Kansas City, there is going to be more urban culture.”

The Oakenfold show was a prime example. Says Roland, who opened that night: “People ask me why I stay in this town. To me, it’s exciting. Things are starting to happen.”

A tiny man with dark hair and a teenager’s bounce, Oakenfold isn’t content to let his vinyl do all the work. He sweats onstage more profusely than Richard Simmons at a Turkish bath, joyfully orchestrating his turntables in a symphony of electronic virtuosity. His last recording, Perfecto Presents Another World, did alchemy with Led Zeppelin and Dead Can Dance. Oakenfold’s next trance-spotting effort, a beat-mix compilation titled Voyage Into Trance, is due out in the coming months.

“In Europe, a greater number of kids, fifteen-year-olds, are buying turntables instead of guitars. They are learning at a younger age,” says the London lad, himself a fan of one of DJ’s early godfathers, the Grammy-winning Frankie Knuckles. It was in Chicago and New York, almost twenty years ago, that Knuckles helped invent “house” music in the post-disco era. Now DJs such as Oakenfold, Fatboy Slim and Moby are building musical empires — producing, recording and scoring films and TV shows — after years of being strictly anonymous.