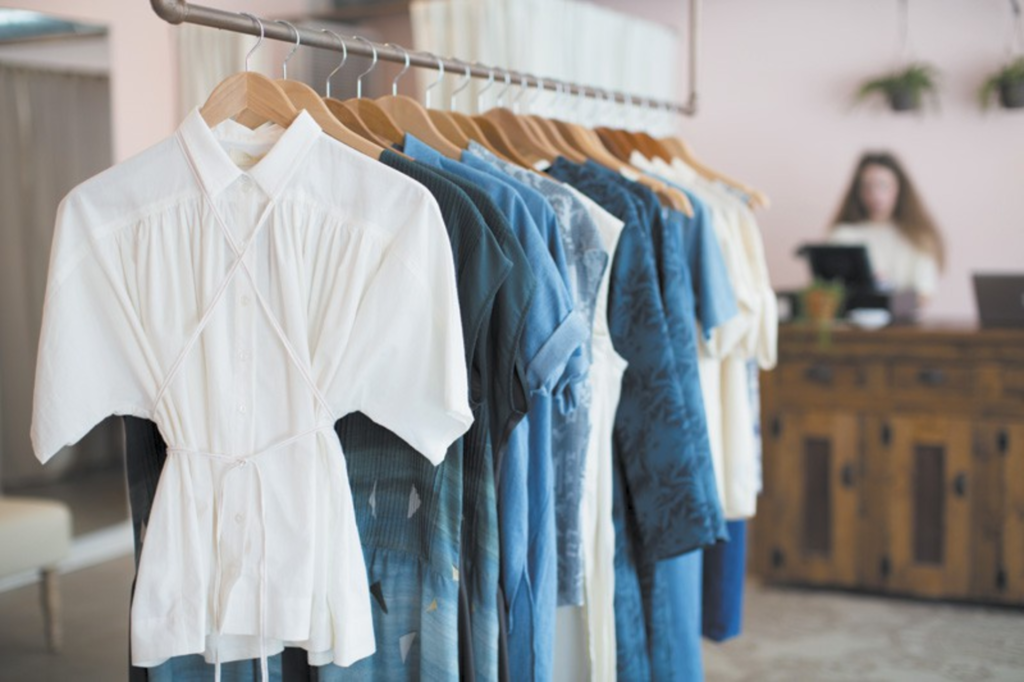 Tara Light stands inside Fable wearing a seersucker summer dress and a sun hat — a stylish look that can require serious effort.

“I really should apologize for how I look,” she says with a warm smile. “I’ve been so busy working on my fall collection at home that I lost track of time, didn’t get around to washing my hair and just threw on this gardening hat.”

Of course, she looks great. Light is one of those people whose elegance is effortless. And like her, Fable — Light’s four-month-old Crossroads shop — is sophisticated but unintimidating. She believes in simple, high-quality, versatile garments. People, she knows, have enough to worry about without overthinking their clothes.

“We all have jobs to do, mouths to feed and mountains of items to check off of our to-do lists,” she says. “Our clothing should be able to move through all of these mundane tasks with us while simultaneously representing our sartorial vision.”

Light says she opened Fable with a mission: Give Kansas City women a place to find the under-the-radar designers and products that she herself wanted — goods that also reflect social and environmental responsibility. In practice, this means that she specializes in emerging designers who produce clothing, accessories, home products and body products either in the United States or through fair-trade means. 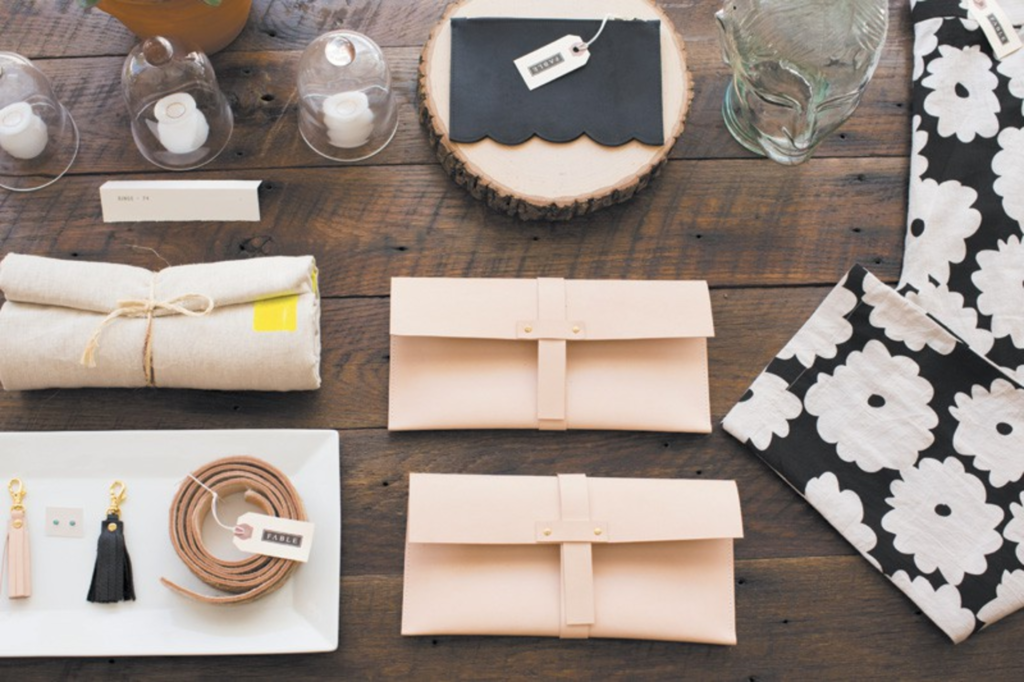 Light, who has an English degree from the University of Missouri–Kansas City, set out to be a book editor and previously worked for a local publishing company.

“I thought I was going to be this editor that wore big glasses and chain-smoked,” she says. “I couldn’t take sitting at a desk. I knew that I needed to work with my hands.”

She has also done her time working in local retail stores — an experience that opened her eyes to common retail manufacturing practices.

“I never really understood why items would cost as much as they did when they were made unethically overseas with polyester and other cheap notions,” she says. “It really started to weigh on my heart that I was selling thousands of dollars’ worth of mass-produced crap.”

Last year, she grew increasingly concerned about the reality of the industry when she learned of the building collapse in Bangladesh that killed more than 400 retail factory workers. “People were literally losing their lives and limbs for $12 shirts and dresses,” she says.

Most of the items she stocks typically sell for $50-$250. “When you purchase items from a store like Fable, you know you are paying $200 for a dress that was made by someone who chose, and probably enjoys, to make clothing,” she says. “The fabrics are better, the quality is better, and there’s usually a story attached to each piece.” 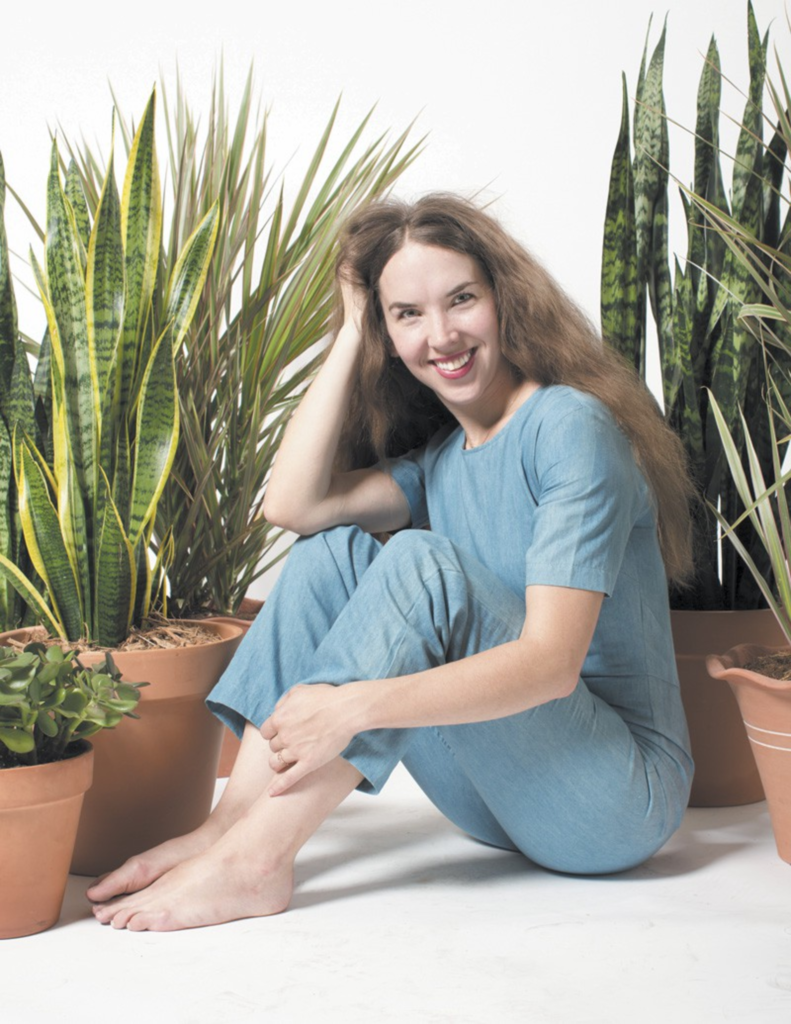 Finding fashion-forward yet conscientiously made products isn’t easy, but once Light decides on a product, she sells it enthusiastically. Among the labels she’s eager to tell me about during my visit: Litke, a line from former Vogue editor Catherine Litke that sticks to black, white and gray; Feral Childe, a collaboration from bicoastal design duo Moriah Carlson and Alice Wu that draws on the designers’ painting and fine-art backgrounds; and candles from Brooklyn-based Catbird. “This one is fun because it makes me picture an aristocratic French woman,” Light says of Catbird’s fleurs de nuit scent.

Fable also features Light’s own line, Tara Light. The designer and West 18th Street Fashion Show veteran strives to meet the definition of the word fable in her own work. This means, she tells me, designing pieces that are whimsical, modern and able to stand the test of time. Her fall and winter collection, on view starting with this week’s First Friday event, has a harvest theme.

“There are deep greens, pinks, peaches,” she says. “It’s rustic, earthy. I like to call it barn chic.”

Light hopes that her shop evolves into a lifestyle resource on mindfully made clothing.

“More and more people are setting a higher standard for the food they feed their bodies and the products they put on their skin,” she says. “I hope people begin to recognize the importance of the quality of the items they use to dress their bodies and homes, too.”