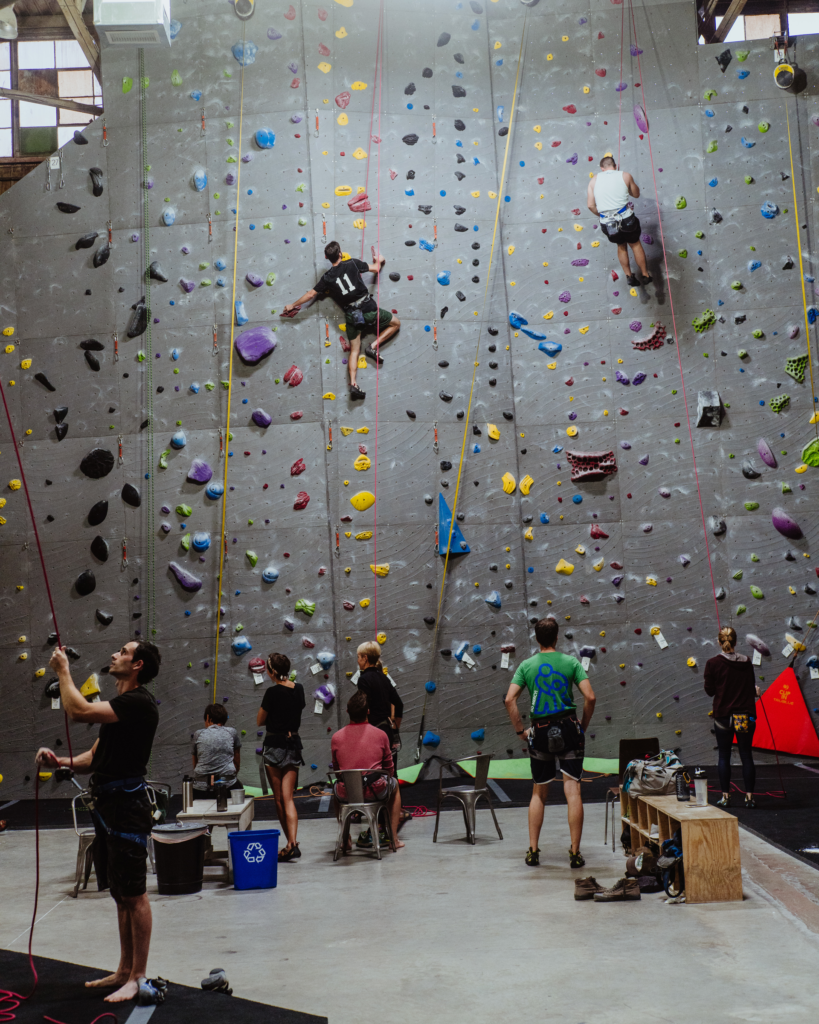 Everything looks different from two stories up.

That’s the first thing I learn when I reach the top of the wall at North Kansas City’s RoKC climbing gym, my arms shaking from some combination of fear and adrenaline. I’m totally safe, of course, having securely clipped my harness into a mechanism that will catch me if I fall, but when I look down, my fear of heights gets the better of me. Everything on the ground suddenly seems so small, and I feel a surge of intense existentialism.

This elicits not so much as a shrug from the more experienced climbers scaling the other walls in the large, cavernous room. Apparently I’m not the first newbie they’ve seen overcome with excitement.

Down on the floor, Andrew Potter, who co-owns RoKC with his brother, Frank, gazes upward and smiles. “Good job,” he says. “Now let go.” 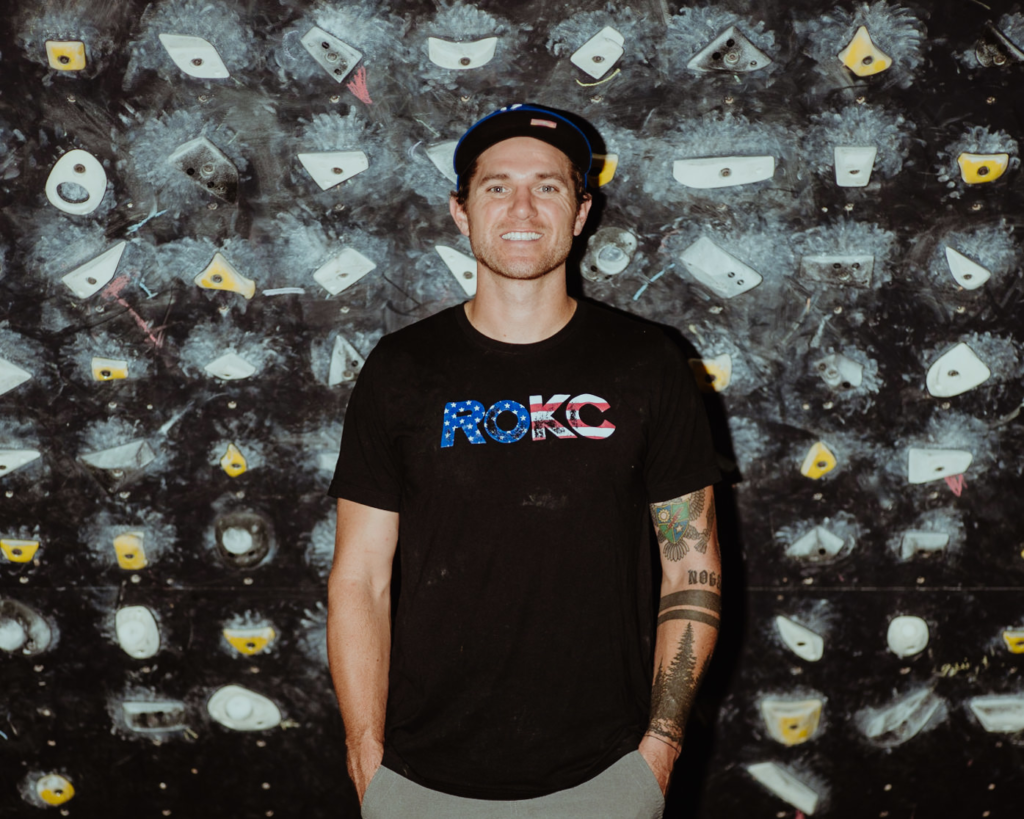 I remember what Andrew’s wife, Alexis, RoKC’s director of community outreach and marketing, told me when I arrived: “Climbing helps you trust yourself, the equipment and the other person.” She said she’d conquered her own fear of heights and started climbing when she met Andrew, and now the couple shares a love of the sport, as well as a 6-month-old daughter.

I will myself to trust and release my grip on the wall. I wouldn’t be surprised if this turned out to be the last thing I ever did, but the auto-belay system keeps me in a safe glide to the ground — where I promptly lose my balance and fall over backward. Andrew laughs a supportive laugh. It’s clear he thrives on introducing new people to his favorite activity. 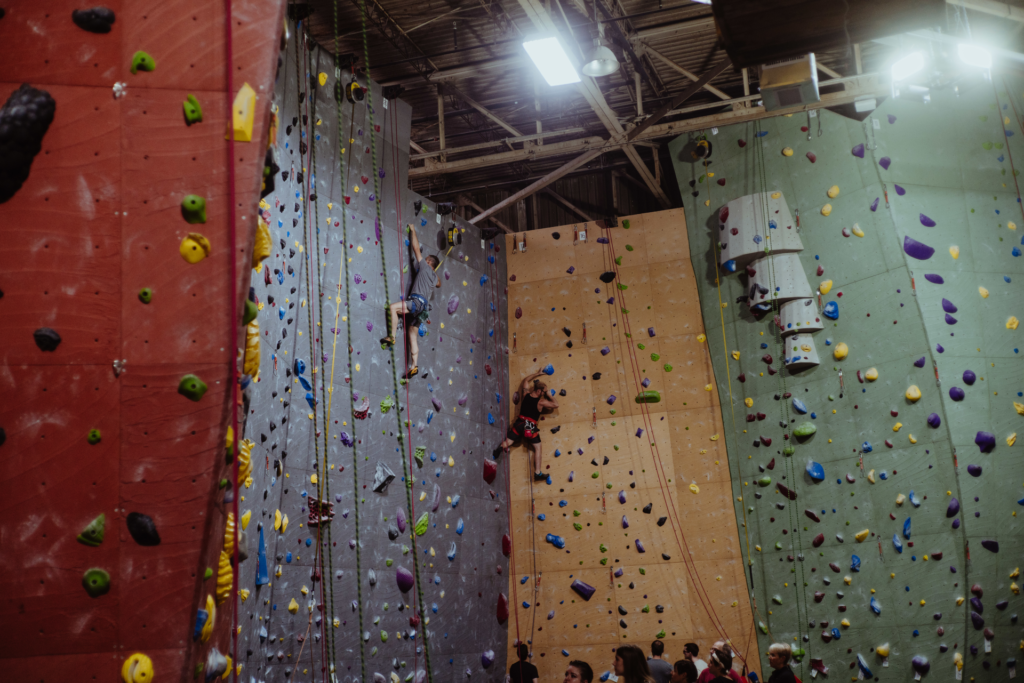 As he shows me around the spacious gym, with its 15,000 square feet of climbing walls, its setup for bouldering, its fitness center and yoga area, Andrew tells me that he was an Army brat, which let him climb all over the world as a kid.

“I was basically a small monkey,” he says of his natural talents. “Kids are meant to be climbers. We lose it when we get older and sit in chairs all the time, but much of it is ingrained.”

Andrew later joined the military, doing three tours in Afghanistan. Opening this gym was his exit plan, and his status as a veteran business owner has attracted attention from Gov. Eric Greitens, a former Navy SEAL, who had come in earlier that morning for a very public climb. Alexis tells me the scene was chaotic, with news cameras, the fire department and various security personnel. By the time I arrived, things had calmed down. Alexis’ infant daughter was napping on her grandfather’s shoulder, and a few people were chatting at tables near the building’s entrance.

“How did the governor do?” I ask. “Was he a decent climber?”

She tells me he did OK, pulling out her phone to show me pictures of him scaling a boulder while a crowd of people watched. We both agree that we wouldn’t want anyone watching us climb — especially not news crews with cameras. Andrew later adds that he doesn’t like everything the governor is doing, but he says Greitens has done a lot to help veteran business owners.

And RoKC has helped Kansas City’s climbing community. Andrew says Kansas City was an ideal location to open the gym, and his hunch was well informed; the location attracts all comers — soccer moms, avid climbers, couples on first dates. “It’s less about business and more about community,” he says. “Everyone is welcome. You never understand where someone is at when they walk through the door. If someone is at their worst and we are kind to them, it creates a ripple effect throughout the community.”

The gym caters to all skill and fitness levels, offering classes that teach climbing basics and help indoor climbers transition to outdoor routes. Cliff Drive, in Northeast KC, is Andrew’s favorite local option. Each route up RoKC’s walls is clearly marked to let climbers know what kind of challenge they’re in for, which is helpful for beginners like me.

After watching me complete my first two climbs — and explaining that women often take more naturally to climbing because they rely on the strength of their whole body instead of just their arms — Andrew leaves me to my own devices. I stick to routes with large handholds that look easy to grab, and I go until my arms are weary. By the time I leave, I’ve figured out how to land without falling. And I’m a little less afraid of heights. 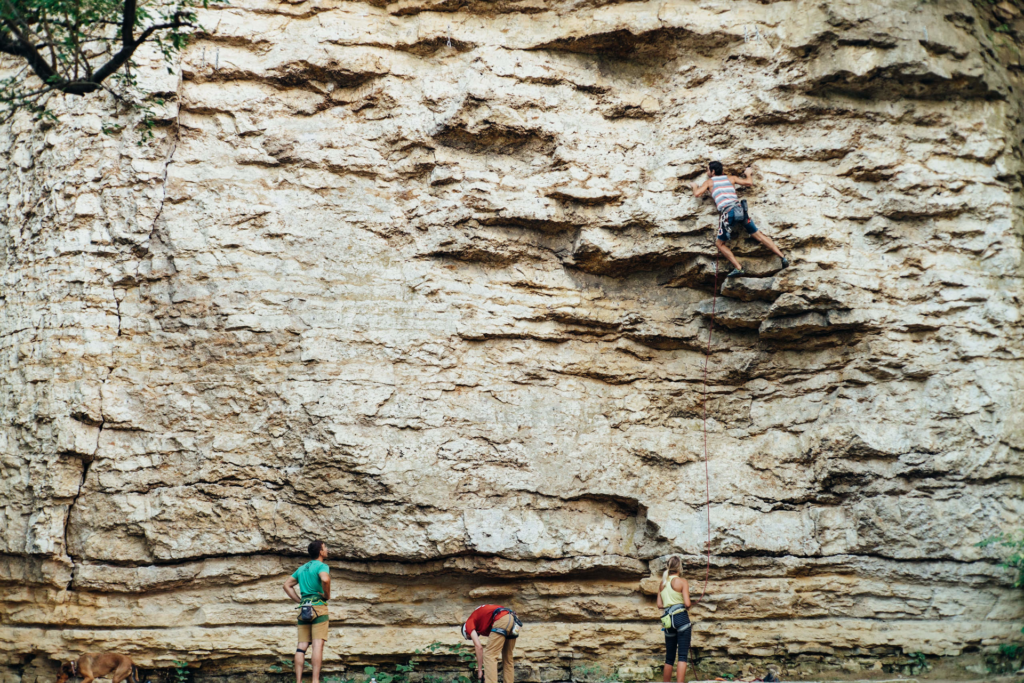 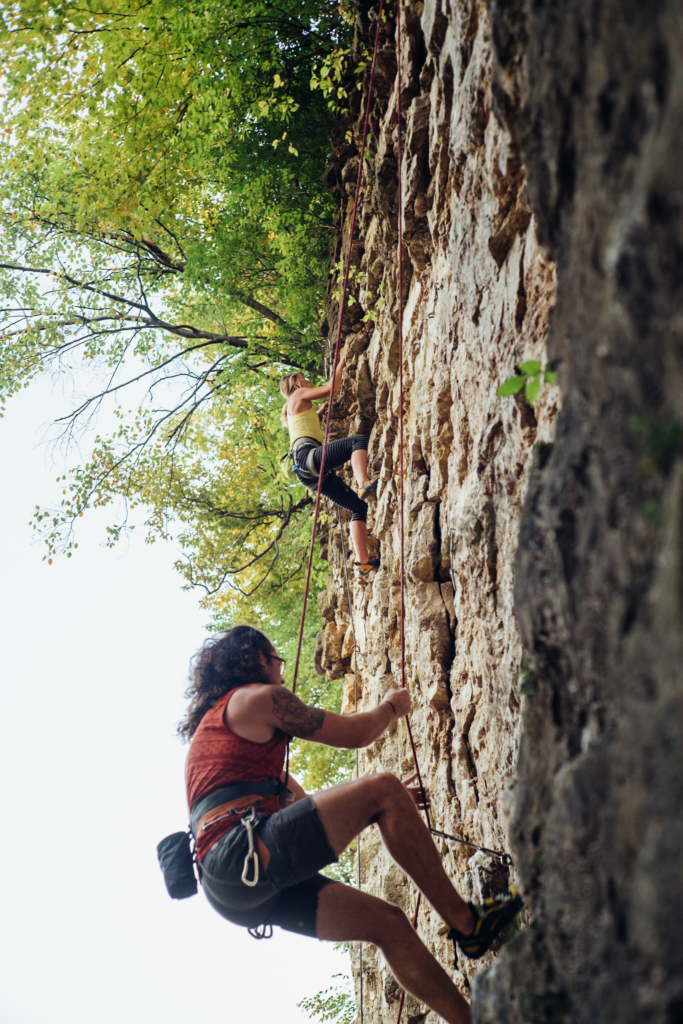 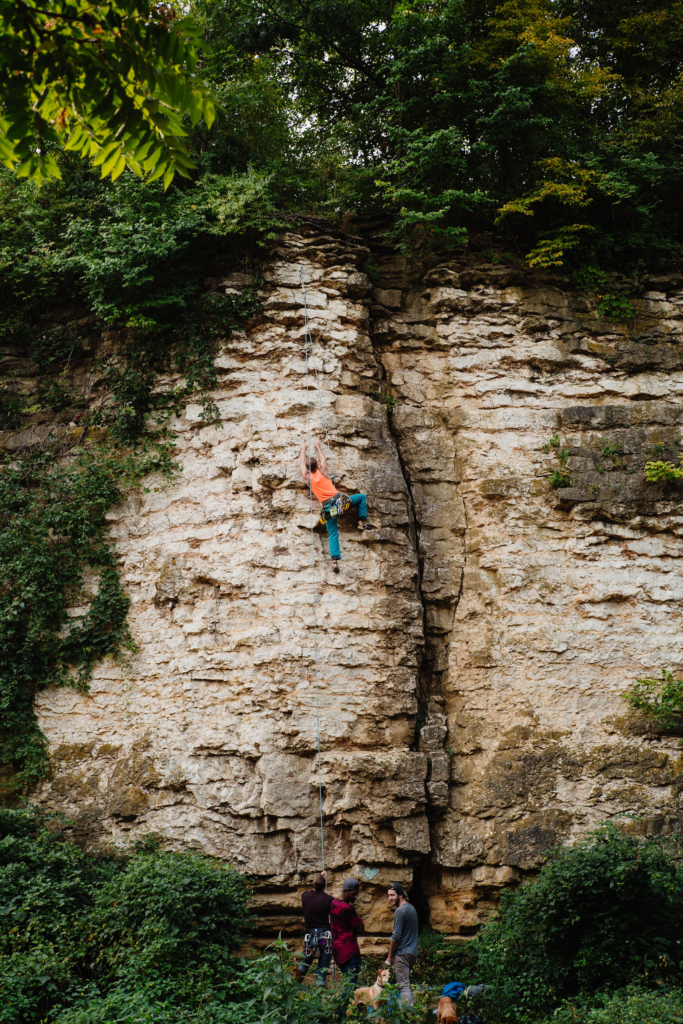