Soccer Mommy on fantasy TV, gaming habits, and lessons from the music biz

Sophie Allison tells us about her first Midwest dates in two years. 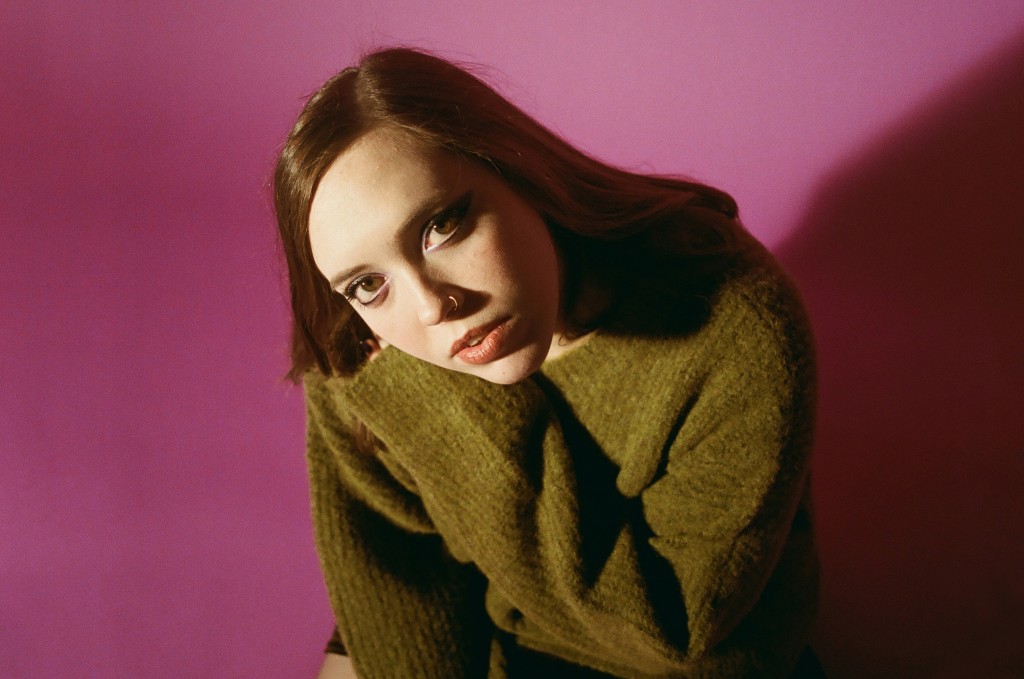 Allison has been releasing music under the moniker since 2015. First, by herself on Bandcamp, then on Fat Possum, and now on Loma Vista. Her most recent album, 2020’s Color Theory, was her first to make Billboard’s alternative albums chart and arrived less than two weeks before United States COVID-19 lockdowns began.

We spoke with her by phone to discuss her songwriting, pandemic projects, video games, and how—two years later—Soccer Mommy’s Midwestern fans will be able to hear those songs live for the first time.

The Pitch: You spent your freshman year of college at NYU, which included a music business program. What lesson from your time spent there would you want to impart to someone going through a similar experience?

Sophie Allison: I’m not much of a businesswoman. I kind of leave that up to a lot of other people, but I think if someone’s trying to be a musician and deal with the industry, then one of the most useful things is kind of not getting caught up in trying to do things too fast, and trying to spend money to make money.

I always, personally, was very against spending a lot of money on things like a manager or something when I didn’t have the money to pay for it. I don’t think you should be going into debt when you don’t even know if your career is gonna take off. So, that’s probably the most important thing in my mind.

Multiple songs earlier in your career discussed the idea of “being cool.” At the end of Clean, you mentioned moving past worrying about that, but have there been moments since when that worry has returned? What do you feel is “cool” in general right now?

I think for me, the end of the album [Clean] was more like, “I don’t need to prove myself.” Specifically when I was going off to college, it was such a thing of like—I felt like I needed to go do this because I could.

I think that the lesson I kind of learned in the end of writing that a little bit was that you don’t have to always do what is expected and what seems like the right choice or the good choice.

I think that by the time I had written that, I was ready to drop out of college and go pursue music (or take a leave; I can always go back), but I was kind of over needing to go get a degree, and be successful, and prove that I could excel, I guess.

Writing the song didn’t necessarily get me there, but I wrote the songs because I got there—to the point of being like, I want to do what I want to do, and I’m not gonna just try to do things to follow what I’ve always thought I was gonna do. So, I guess it’s just kind of about being ready to follow your own path a little bit, as cheesy as that sounds.

What do I think is cool right now? I mean, there’s a lot of really cool stuff right now. I think the idea of “cool” in general is so all over the place. Like what you like. Even the really cheesy stuff is cool.

I love the new Weeknd album. That was really cool. I’ve been liking the new Caroline Polachek song. That’s pretty cool. I love some shitty fantasy TV show that is only going to get a season on Netflix or Hulu. I love stuff like that, even though I can acknowledge that they’re really bad.

I love that show Fate: The Winx Saga. Oh, I just saw The Batman last night, and that was pretty cool. A little lengthy, but the vibe was really sick. It’s kind of like emo noir.

Alright, so you say you like shitty fantasy shows. Were you a big Game Of Thrones fan?

I was not a Game Of Thrones head. I just watched the last season, which I know sounds really weird. I watched the entire last season as it was coming out because my roommate was watching it. So, I saw the entire ending, and I got the lowdown. But I don’t know, it just seems a little intense. I love fantasy stuff, and I love dark stuff, but I like there to be a little magical whimsy, I guess.

That makes sense. Game Of Thrones gets kind of dark and heavy.

I was entertained by the last season, even though I know everyone was upset, because obviously, I didn’t really care what was going on.

But that’s probably why I enjoyed watching it. I did see some flaws, of course. As did everyone else. But that’s just because I literally had my roommate tell me everything that had already happened every time something would happen like, “Here’s the backstory.” It’s like I watched the whole show [laughs].

On your most recent album, Color Theory, there were more electronic sounds and forms of digital manipulation than heard on your previous albums. Since you have your next album mostly wrapped up, can you talk at all about the production and arrangements on new songs compared to your past work.

It’s still got the upbeat, straightforward pop songs and stuff, but it’s also a little weird at points. I think there’s more and less.

I think that there’s less drum machine—there’s not a lot of that going on—there’s a lot more live drums and live band takes that have all this weird shit around them. But there’s definitely a lot of stuff that you have not heard me do. So, there’s definitely stuff to be intrigued by, I guess.

Well, we’re intrigued! You have at least one or two songs with lyrics about sitting around in your bedroom, and you also got your start by recording your own songs at home. Do you spend a lot of time inside? Did the pandemic make you a more outdoorsy person than you were before?

I wouldn’t say I’m the most outdoorsy person, but I like the outdoors a lot. I don’t go camping all the time. I’ve done it before, obviously, but I did a lot of outside stuff for the pandemic, of course.

In Nashville during the summer, I spend a lot of time outside, especially at night just because there’s a lot of nice little outdoor places to go, like, sit in the field with a blanket and a candle and chill with your friends or something.

I started going and playing tennis, or basketball, or whatever—not actual basketball games, but shooting hoops with Julian [Powell].

What can you tell us about writing, recording, and releasing your song “rom com 2004” and the remix Kero Kero Bonito did?

Oh, yeah, that was really cool. Basically, I originally wrote it because someone from a Netflix show or something was looking for a song for a rom-com.

Lyrically, it’s not very inspired, because it was just supposed to be kind of fun and wacky. It doesn’t feel like some really personal truths or something that I’m sharing with the world.

It was my kind of writing for a rom-com. But yeah, I ended up having this demo and working with BJ Burton. Basically, I just sent him the demo, and he messed with it a bunch and kind of bumped it up, and it was awesome, ‘cause he’s really cool.

So we did the song, and obviously, during the pandemic, there wasn’t a lot of music coming out, and there wasn’t touring revenue. Remixes are a good way to give people something new, even though you’re not actually having anything new.

I’ve always been a person who is cool with remixes, but it has to be someone who makes sense and works. KKR is really awesome, and they did a really cool job, so I was super down with it.

Do you ever see yourself writing songs for other artists?

Yeah. I didn’t start writing stuff that really felt personal to me until I was, like, 17 and I’ve been writing since I was like five or six years old.

So, I don’t think that I need some kind of personal, unique inspiration to write a song that I like. Sometimes I just want to write something catchy and fun. You just have to kind of put yourself in a place of a story that you’re trying to tell and try to write from a point of view. Like any other type of writing.

I have always thought I would be down to write and give somebody a pop song, but I don’t like co-writing, so I wouldn’t actually want to sit down and write it with them, which is kind of how everything is these days. So I think it’s probably unlikely.

I also think that if I wrote a really good pop song, it would most likely be something that I would just rather use [laughs]…and make all the money off, if I thought it was something that I was really happy with and really proud of.

The only way I could see it happening is if I wrote something that was, like, so out of my musical realm, but I really thought was cool and didn’t think I could sing something in this kind of way and get the vibe right. So, that’s really rad to see that kind of happening, because I don’t want to co-write with people, ever, I don’t think.

You’ve always incorporated video games into your album art and social media presence. Which games are you bringing on tour? What’s that look like?

I haven’t been gaming that much lately, but the last thing I was playing was Pokémon Diamond, and that was really cool. I just kind of got busy, and I kind of lost track of it, but I need to hop back in.

I love video games, but it’s a very small array of video games that I play. Harvest Moon, Stardew Valley, and Pokémon pretty much. I like that new Zelda game. And I’ll play Kirby Air Ride. That’s the kind of stuff I like.

One game that I occasionally break out is called Spider-Man: Friend Or Foe. I’ve definitely gone through phases of playing, like, some Black Ops, but that’s over a little bit. The shooting games just stress me out a little bit too much.

Since most of your gaming is with Nintendo, have you ever had any contact with the company? Should we expect some kind of partnership?

Oh, I don’t know. I don’t think we have any contact with them. I feel like Nintendo doesn’t do as much stuff with artists as Xbox and PlayStation.

I’ve talked to the Stardew Valley guys before. I’ve done it a couple times—where I’d livestream myself playing Stardew Valley. I watch a lot of video games, because Julian plays more action-y stuff. I like to watch them instead of having to try to kill things.