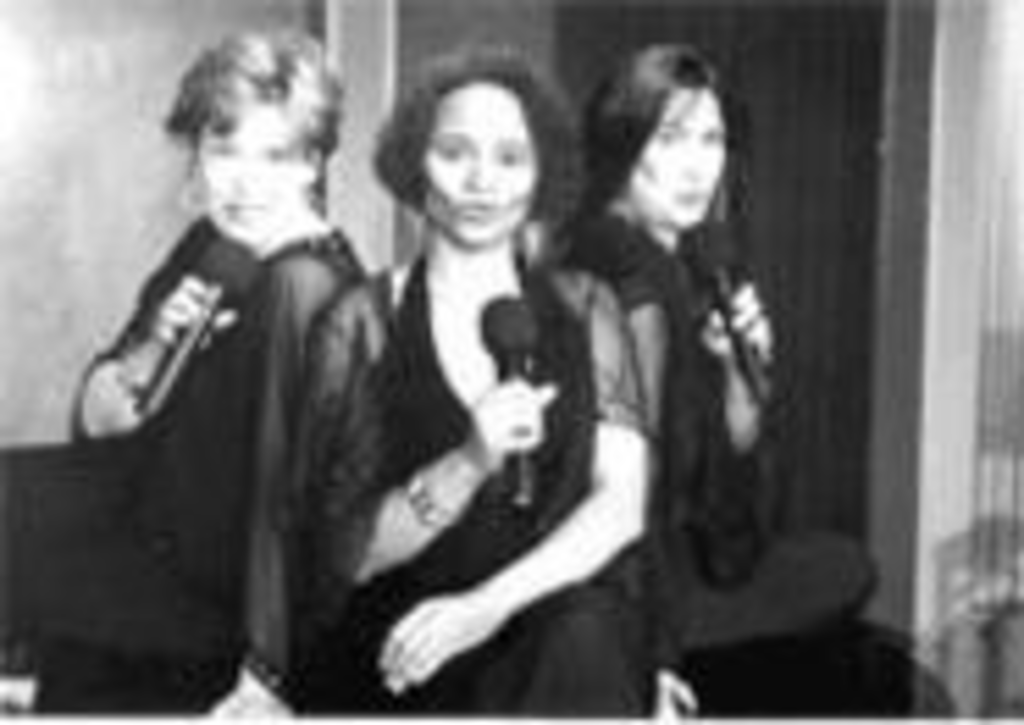 A scratchy copy of Carole King’s Tapestry album would be a fitting artifact for a Smithsonian exhibit about the 1970s. Besides its lyrical light-rock hits, including “It’s Too Late” and “I Feel the Earth Move,” and its feminist sensibility, the record spawned an entire movement of singer-songwriters who had tired of hearing other people make hits out of their work and decided to grab the spotlight on their own.

King worked this groove for some time. But, like many entertainers before her, she eventually aged out of the music industry. (King was helped out the door by angry young Brits with safety pins through their ears.) The least we can do is remember her influence by playing her recordings once in a while.

That would be far preferable to what the Quality Hill Playhouse is doing to King’s music in its new revue, spitefully named Tapestry. The show made me wonder if it was put together by the four or five people who actually hated the album when it came out.

Under the musical direction of Molly Jessup (filling in for J. Kent Barnhart, who is on the mend from recent back surgery), the show is broken into dumb parcels with names like “Parenting Medley” but is really laid on the stage in two halves. One features the early-’60s songs (such as “Go Away, Little Girl” and “Up on the Roof”) that King wrote with her then-husband, Gerry Goffin, when they worked in legendary New York City hit factory the Brill Building. The other showcases the tunes she wrote and recorded herself, including “(You Make Me Feel Like) A Natural Woman,” that others performed first.

Though the vocalists and musicians show off a fair amount of talent, the show is a mess. King didn’t arrange the songs for this show, and she should be glad. Those responsible have either sandblasted any grit or texture from the tunes or placed them awkwardly in medleys that misfire like damaged synapses. In one of the ’60s medleys, for example, the guy and gal singers play off each other as if in the early stages of a very dysfunctional courtship, telling each other to either devote themselves entirely or, in the next number, pack up and “Go Away, Little Girl.”

Not infrequently, there is a startling disconnect between the lyrics and the singers’ delivery style. In “Home Again,” Nancy Nail and Seth Golay are singing about an emotion that’s said to chill my soul right to the marrow, yet they give the line the decibel-bursting blast of 76 trombones. When Teri Wilder asks the “Jazzman” to take my blues away, she’s far from melancholy, instead wearing a smile as wide as the Mississippi.

When the show lands on the King and Goffin hits from the ’60s, all attempts at nostalgia are misplaced or misappropriated. The male cast members — Golay, Ryan Walton and Charles Fugate — come out dressed in butterscotch tuxedos, as if they’ve inadvertently stepped into a revival of Forever Plaid or some ghostly prom. (Whatever the intent, it feels about a decade off.) The ladies fare much worse. Nail, Wilder and Toni Gates-Grantham wear black dresses cut off above the knee and hemmed with a sparkly fringe that makes them look like they’re donning Christmas tree skirts. Stranger still are their matching headbands; were they topped with floppy antennae, the women would be right at home at a school pageant about insects.

Jessup and company may have been hoodwinked by the allure of King’s legacy. Maybe they didn’t know what the score looked or sounded like until someone, alas, shouted “It’s too late.” I’ve seen dozens of interesting arrangements on the Quality Hill stage — hundreds, maybe. Here, very much unlike a tapestry of rich and royal hues, there’s a complete lack of nuance. Through no fault of their own, the company is trapped in a cruise-ship variety show on a slow boat to nowhere.
Postscript: The Unicorn Theater is getting fatter by the minute. At last week’s “Hard Hat Party,” artistic director Cynthia Levin unveiled the layout for the upcoming expansion, a $2.5 million project that will eventually house a 110-seat sister theater just a few steps east of the Unicorn’s existing stage. Two commodes sat where the restrooms will be, and a few chairs represented where the audience will sit (when not in the loo). Levin wouldn’t specify what titles, exactly, she plans to stage. But she did turn an elated shade of pink when a benevolent supporter handed her a check for $25,000, putting the theater’s fund-raising efforts over the half-million-dollar mark. It should be up and running by mid-2006.

In the riveting Broadway revival of Edward Albee’s Who’s Afraid of Virginia Woolf? headed up by the fabulous Kathleen Turner, it is revealed that Nick and Honey have recently moved east from a college town in Kansas — an interesting detail that was cut from the film version. And one of Kansas City’s own is getting an entire show, though one filtered through a couple of people. John Epperson’s drag persona, Lypsinka, is the best performer of his/her kind on the planet. In The Passion of the Crawford, he takes his obsession with KC girl Joan Crawford to a new extreme, re-creating through lip synching an entire interview Crawford gave in 1973, a few years before her death. Hilarious stuff, especially Epperson’s/Lypsinka’s/ Crawford’s tips on child-rearing.