Snow Flower and the Secret Fan 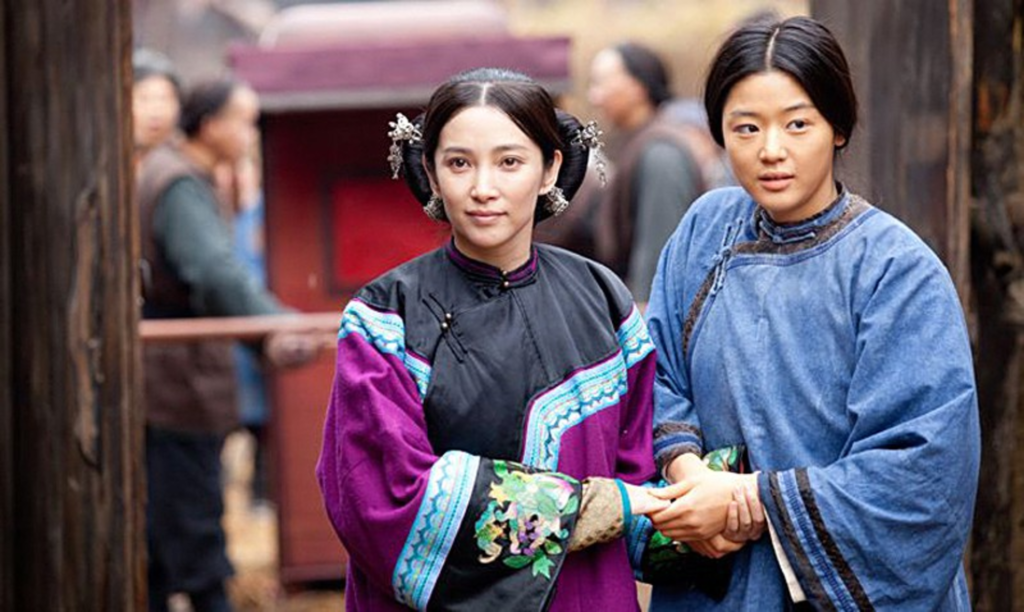 Mrs. Murdoch No. 3 has reportedly transformed her husband’s life, influencing major business decisions (particularly those involving her native China), moving him from the staid Upper East Side of Manhattan to a modern loft in SoHo (and back), giving the then-septuagenarian two young children and even changing his physical person through diet and trainer-supervised exercise. So was it ancestral filial piety or a finely honed sense of irony that inspired her to snap up the film rights to Lisa See’s best-selling novel, which follows the suffering-filled lives of two 19th-century Chinese laotongs (lifelong sisters of the heart — that is, BFFs)?

In an apparent effort to give the original historical story contemporary appeal, it has been shackled with a clunky modern-day frame featuring the same two actresses, both huge stars in their respective countries: Bingbing Li (China) and Gianna Jun (Korea). The latter is particularly miscast. Jun shot to pan-Asian fame with 2001’s My Sassy Girl, the highest-grossing Korean comedy of all time, thanks to her spectacularly energetic and uninhibited charm. (The film has been remade in India, China, Japan and the United States.) Here she spends most of the contemporary story in a coma and most of the historical story as a quietly suffering, brutally beaten wife. It’s the equivalent of casting Al Pacino as a paraplegic monk who has taken a vow of silence.

Snow Flower moves its plot along mostly by suggestion, with long interludes in which characters stare deeply and intensely into each other’s eyes. It’s the sort of deep staring that fuels speculation. Is this really the story of a love that dared not write its name, even on a secret fan?

No doubt director Wayne Wang was chosen, in the hopes of reproducing The Joy Luck Club, his earlier past-present-flipping, picturesque adaptation of a novel depicting Chinese women and their suffering. No such luck. His sluggish direction and Richard Wong’s lyrical cinematography —
and even an 11th-hour appearance by a Mandarin-singing Hugh Jackman — cannot overcome a listless and laughably inept
screenplay. 