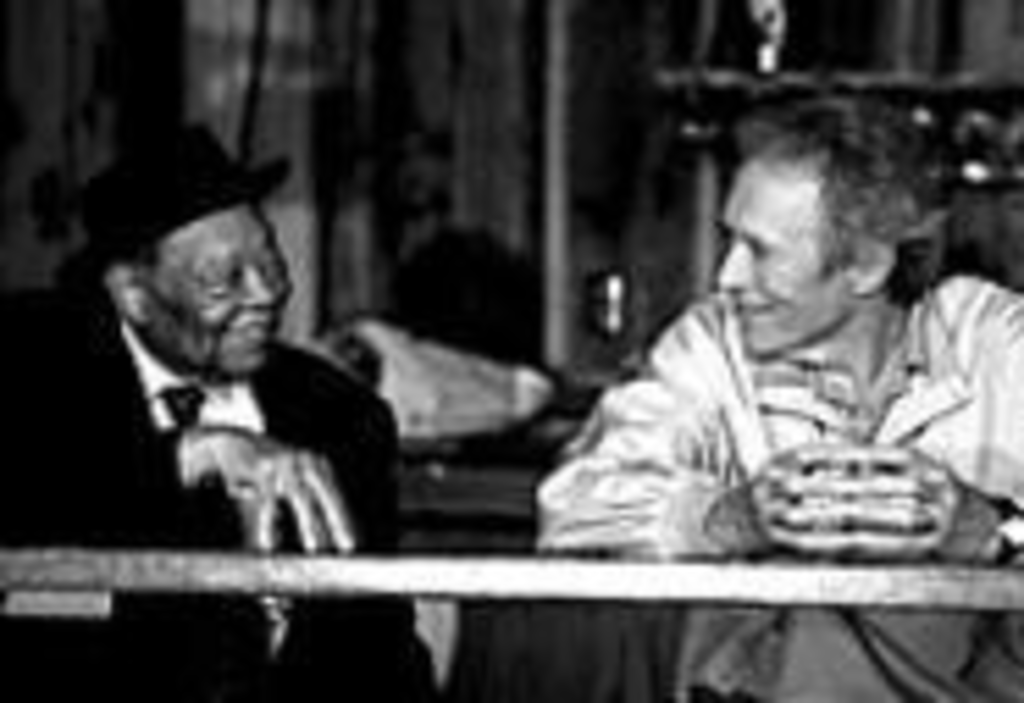 Five Riffs begins with a distant view of the planet Earth, then zooms in on two NASA employees getting ready to launch the unmanned Voyager in 1977. One holds a golden record as though it were a newborn. The other touches it and stares in awe. This record is about to carry human voices to the outer reaches of the solar system, then on to deep space, never to return.

One of those voices belongs to Blind Willie Johnson, whose music is studied by filmmaker Wim Wenders in The Soul of a Man — just one installment in Martin Scorsese’s upcoming seven-part PBS series The Blues.

In 2001, Scorsese gave seven directors a budget and an area of the blues to explore on film, then sent them off to work with complete stylistic freedom. Five Riffs, a compilation of highlights from a few of those segments, provides area music buffs a sneak preview during a SpiritFest screening, offering glimpses of segments by Wim Wenders, Mike Figgis, Charles Burnett, Richard Pearce and Marc Levin.

Not included in Five Riffs is a segment with particular hometown relevance: New Orleans Blues Piano, for which Clint Eastwood filmed local musician Jay McShann. Eastwood’s not showing it to anyone until it’s done.

“Clint Eastwood felt strongly about piano blues,” explains coproducer Alex Gibney from his New York City office. “He’s focusing on some key musicians, drawing from an extensive archive of great piano players, and trying to make his film in a way that’s as pure and unmediated as possible. He’s into letting the performances speak for themselves.”

Even people who think they’ve heard it all are likely to be sucked in by the series.

“What makes it unique is that it’s a series of films that are personal and impressionistic,” Gibney says. “You’re not getting a chronological history of the blues. Instead, what you’re getting is the passion of the filmmakers.”