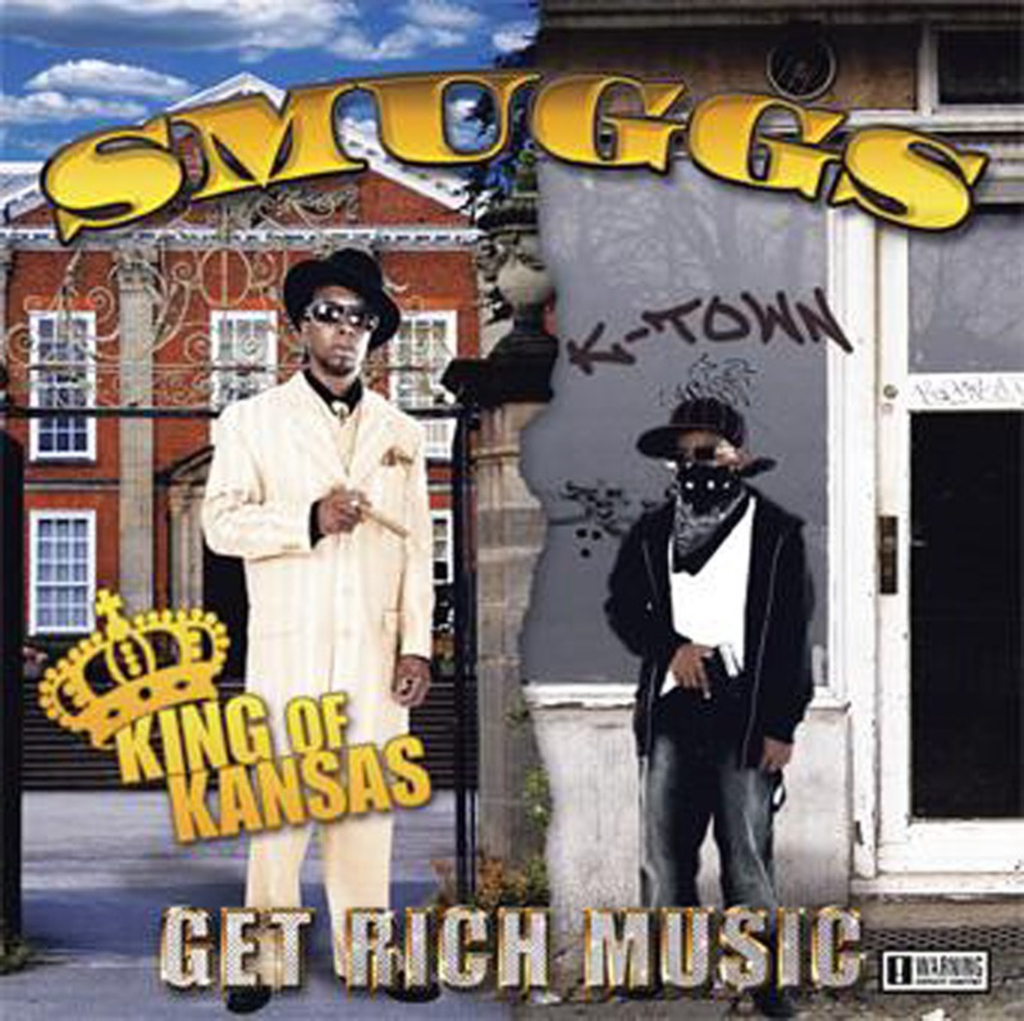 Smuggs is not the most skilled rapper in Kansas City, but he may be the funniest. On “Who’s Next,” one of the 21 tracks on the new King of Kansas, Smuggs tosses up disses like chalk from LeBron James’ pregame ritual. Lots of folks get covered in the dust. If dis tracks are an art, then “Who’s Next” almost makes the grade for imagination and sheer vitriol. He gets at local legend Tech N9ne (Nappy redhead/Hella split ends/lookin’ like I Love Lucy/On a crack binge), takes aim at 50 Cent (Always talkin’ ’bout getting shot nine times/Nigga need to be talkin’ ’bout that restraining order in his rhymes), calls the Game ugly (He think he hard, don’t he/Face all squinched up, lookin’ like Bugs Bunny), and even fantasizes about sexing up Jay-Z’s wife, Beyoncé (I remember B from my boy’s backseat). The I-sexed-your-girlfriend theme works best — as in the famous cases of Tupac (versus Biggie) and Jay-Z (versus Nas) — if there’s reasonable suspicion that the boots in question did, in fact, knock. But “Who’s Next” still scores high marks for comedy, a natural talent that Smuggs, still raw in his delivery and production, could hone with future projects.