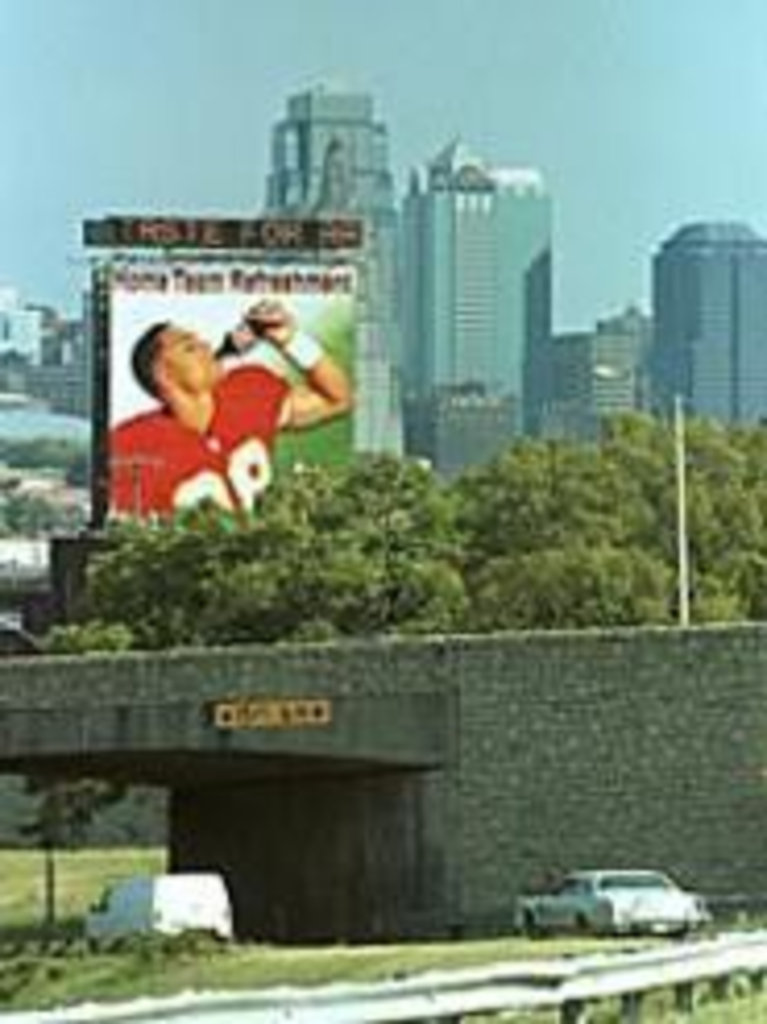 On the list of bad things being done to the earth, billboards aren’t up there. Their ranking would be way below, let’s say, herbicide and pesticide contamination of our nation’s waterways and drinking water, a definite newsmaker. Still, in terms of unnecessary environmental havoc, billboards have to be a little ahead of littering.

Littering doesn’t make the news much. A politician wouldn’t get much mileage basing a campaign on littering. There aren’t too many pro-littering groups around to attack. Some people might argue that littering isn’t much of a problem anymore. I’ve considered that position — maybe I’ve gotten used to the litter in the city or there’s much less of it.

Most people litter discreetly. Blatantly dumping your car’s trash out onto the street is considered very uncool. Nobody wants to be considered both a bore and a boob. Public littering can bring on such labels.

The homeless also seem to be doing their part. City litter rarely contains long cigarette butts, those with a few puffs still left in them. Since indoor smoking is outlawed practically everywhere, I would expect to see the droppings of desperate smokers piled at the doorways of businesses across the city. Not so from my investigation. All the homeless smokers in the city must know each such doorway, and they must descend upon those spots, picking through the butts left behind, searching for those long ones. And recycling for a little cash, homeless people also do a good job of making sure aluminum cans and lost hubcaps stay out of the litter pile.

But I don’t think they can do much for billboards, even if billboards can be a kind of litter. There’s not much of a recycling market, and most of them are too big to fit in grocery carts. Controlling billboard litter is usually left up to lawmakers, who don’t do as good a job as the homeless do.

In Missouri, ordinary people have started to fight the visual pollution of billboards through the initiative petition process. Supporters of Proposition A gathered enough signatures to get legislation restricting outdoor advertising on the November 7 ballot.

There’s no litter lobby opposing them. Instead, there’s the Missouri Outdoor Advertising Association. As far as executive director Bill May is concerned, “Billboards do one thing: promote commerce.” Not much argument there, but how much commerce is he talking about? Neither May’s organization nor its anti-Prop A group, Citizens Against Tax Waste, has revealed statistics outlining how much overall economic activity the state will lose if Prop A passes. They have thrown out a few figures: $10 million lost to landowners in rental income and, says May, “If Prop A passes, businesses that use outdoor advertising would lose 18 percent of their revenues.”

The kicker comes from Citizens Against Tax Waste, an award-winning name when it comes to misleading the public. The word “tax” does not appear in Prop A’s ballot language. Campaign manager Mark Rhoads says the name fits because of Prop A’s requirement to remove nonconforming billboards, warning that taxpayers could pay “over $500 million” to compensate land and billboard owners. In addition to requiring “the removal of existing signs,” May says, Prop A “will compel MDOT (Missouri Department of Transportation) to remove the signs.” But Missouri statutes already allow such removal — it’s just that MDOT and local governments are reluctant to bring down nonconforming billboards, fearing legal fights and preferring to work with billboard owners to get compliance. Nevertheless, Rhoads’ group backs up its points with a study by an MU economist and a legal opinion by a St. Louis attorney.

Lacking any display of diplomatic nuances, Karl Kruse, campaign director for Save Our Scenery 2000, says, “The opponents use a phony legal opinion and then a phony study. Even if there was a study that put the value on billboards, it’s completely bogus. They ought to be ashamed of themselves.”

But Kruse also can be off the mark. Arguing that uncluttered scenery contributes to a state’s economy, he claims that the four states “that don’t have billboards (Vermont, Maine, Alaska, and Hawaii) are the four top tourism destinations.” That’s news to the U.S. Department of Commerce. That agency, which measures tourism dollars generated in the states, lists California, Florida, New York, and Texas as the top four. Of those, only California and New York prohibit billboards in some manner.

About the best thing a voter can do to get worked up over billboards is to log onto www.saveourscenery2000.org and view some of the photos showing how those huge, flat-panel monstrosities can screw up the landscape. For those moved by the money argument, or who just like billboards because they break up the monotony of a dull drive, there’s www.readthefineprint.org.

Combating the visual pollution of billboards is a righteous fight. If Prop A passes, it could be the beginning of the end for billboards in Missouri. Maybe then we could implode some of those towering metal skeletons — people like to see buildings come down, so why not billboards? Televise it, with sponsorships and advertising, and sell on-site tickets. It could be a way to raise money for the homeless in their fight against litter.