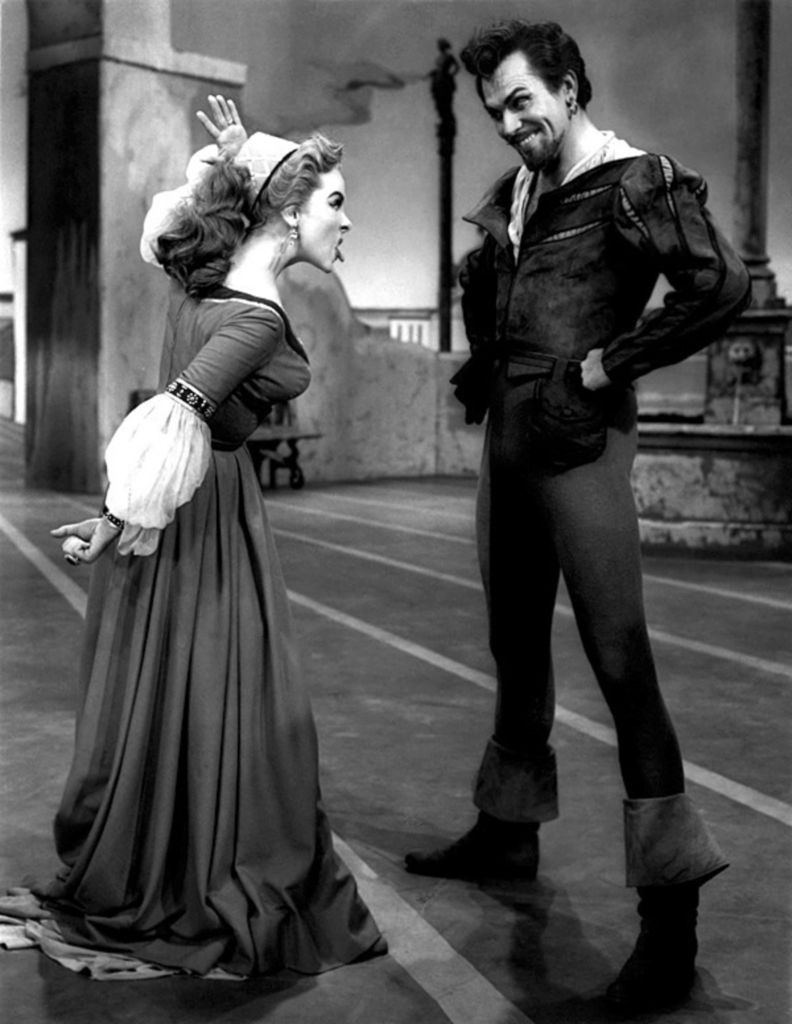 This is not a write-up about a certain handsome prince who got hitched recently. From all those conveniently romantic moments on display in the tabloids, we can see that the young couple is living out a safe, old, boring fairy tale. That’s great. But honestly, high-drama relationships are far more satisfying to watch. Catch one onscreen at 10 a.m. in Carlsen Center’s Yardley Hall on the campus of Johnson County Community College (12345 College Boulevard, in Overland Park). This love story stars a different Kate: Kathryn Grayson. Incidentally, she plays a Kate in the movie. Another character in the movie is named Lois Lane. She’s in no way Superman’s girlfriend, and she plays someone else. Got all that? Kiss Me Kate is a play-within-a-play movie musical. Originally filmed in 3-D, the 1950s film features music by Cole Porter and a story that involves complicated romance, Shakespeare and gangsters. It’s part of a free vintage-musical movie series, each Wednesday through June 29. For more information, call 913-469-4445.