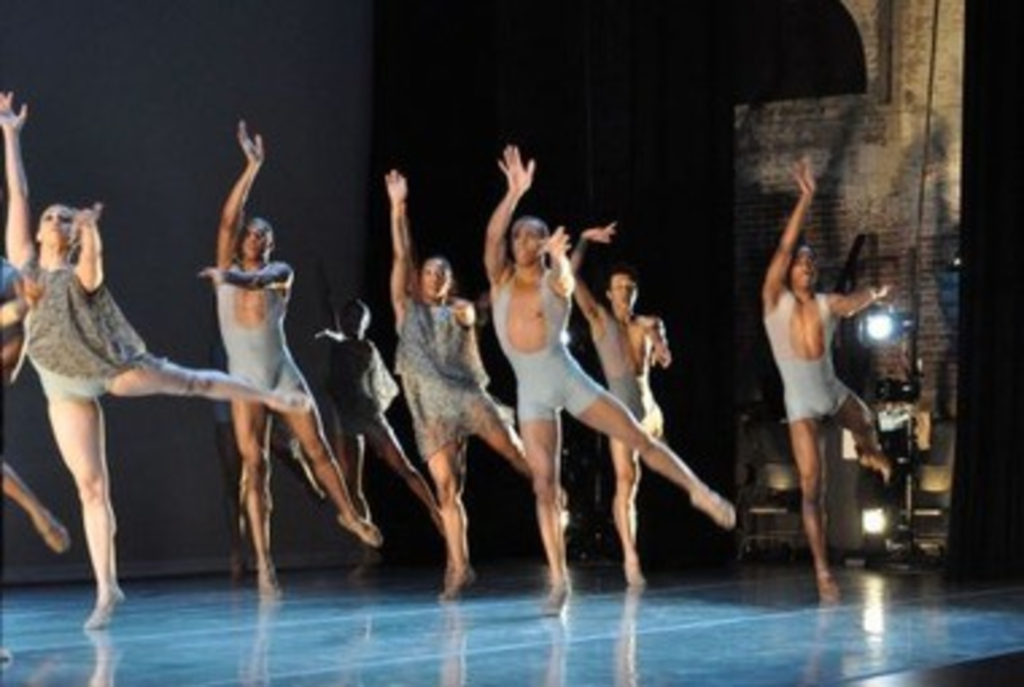 On Friday night, the Folly Theater was full of men and women in tuxedos and ball gowns, sipping wine and greeting each other with kisses on the cheek. The audience for Ailey II was a who’s who of city elite: Congressman Emanuel Cleaver; Tom McDonnell, CEO of DST Systems; Kansas City City Manager Wayne Cauthen.

​But those weren’t the VIPs at this performance.

Up in the balcony, the back rows of the renovated venue were packed with kids in jeans and parkas, all students in the Kansas City Friends of Alvin Ailey dance programs. Because of KCFAA’s unique ties to the Alvin Ailey American Dance Theater in New York City, local kids get an unprecedented chance to see and study with some of the nation’s most talented young dancers. While the slate of Ailey II performances, which raised more than $180,000 for local youth programming, started on Thursday, the professionals spent plenty of time off stage and in the community.

Tyrone Aiken, KCFAA’s executive director, says the dancers visited not only area schools, like Cristo Rey, but also traveled to Lansing Correctional Facility to perform for the prisoners. Later in the week, more than 3,000 children packed into the Folly for mini-performances that, Aiken says, had students dancing in their seats. On Friday, the show had a similar effect, bringing the audience of movers and shakers — and wide-eyed students — to their feet for a standing ovation.

Click here for a slideshow of the stunning performance.