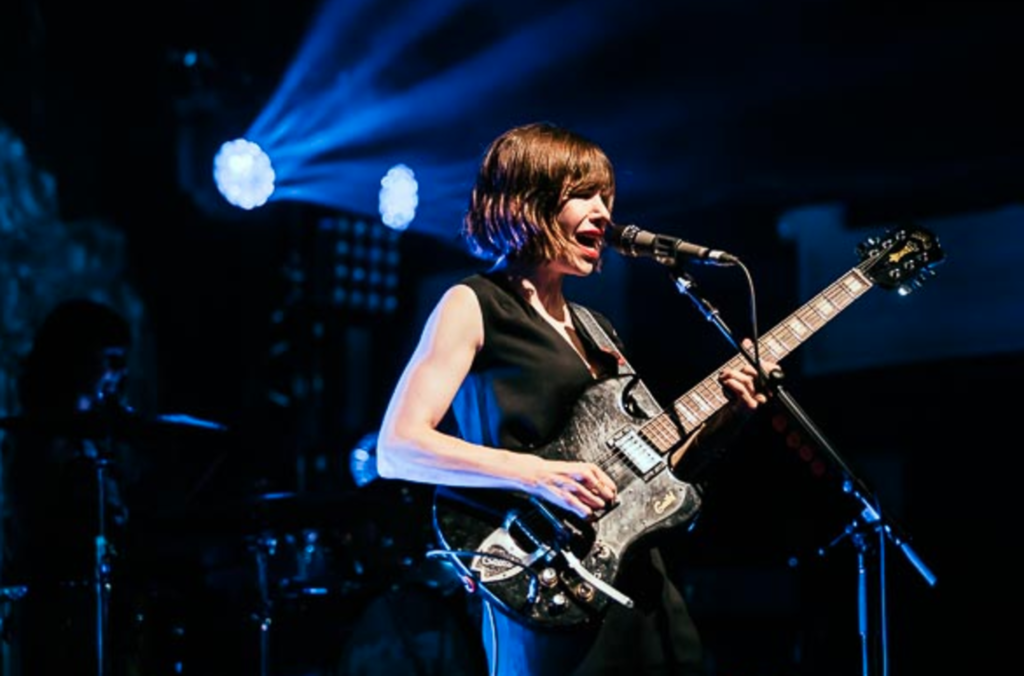 Sleater-Kinney did not spend a lot of time on banter last night at the Uptown. There was little need, of course: The Portland-based trio was fully occupied between guitarist Carrie Brownstein’s powerful shredding, drummer Janet Weiss’ punch-packed drumming and singer Corin Tucker’s explosive wails. These women did not come to play nice. They came to play hard.

Over the course of 23 songs – plucked both from the band’s first album in ten years, No Cities to Love, and its extensive back catalog – Sleater-Kinney proved to its first-ever Kansas City audience that a dormant decade is not enough to take the fight out of these riot grrrls. 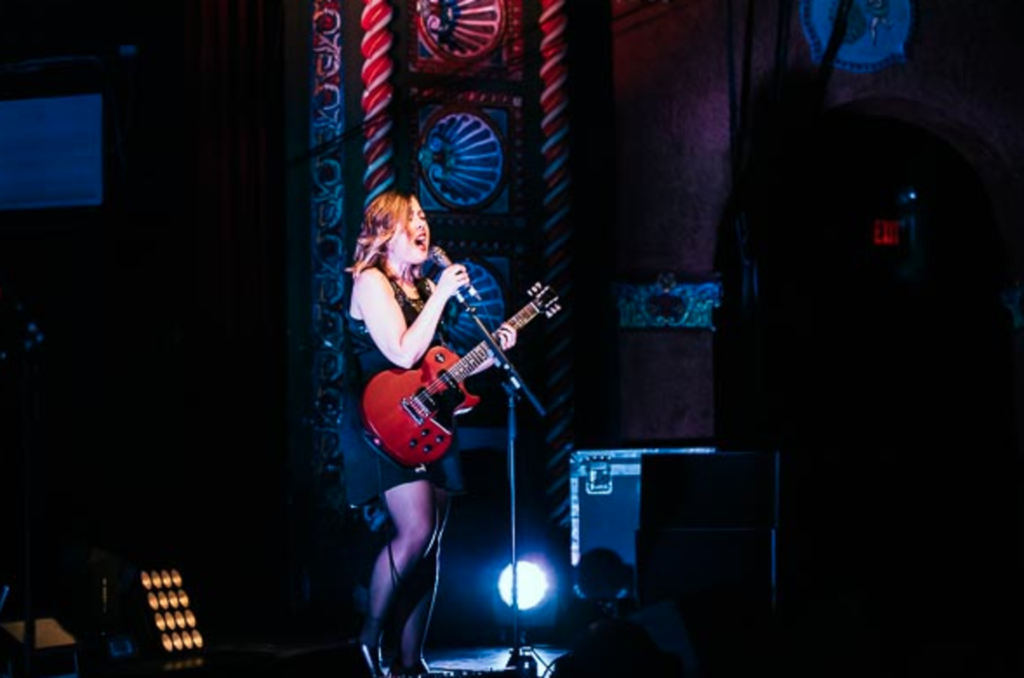 It was hard to decide who to watch on stage, since each member was bringing her own fierce energy. Tucker’s vocals certainly demanded the most attention, such was her volume: From her formidable, warbled pitch on set opener “Price Tag” to her corrosive shrieking on the first encore song, “The Fox.” Hers is a voice that never sounds content, pushed as it is to the top of its range and competing with Weiss’ manic drums and Brownstein’s furious riffs.

Brownstein’s singing was just as abrasive as Tucker’s, though her tone was more feral. On “No Anthems,” her harmonies with Tucker were punctuated by glares and snarls; on “Bury Our Friends,” Brownstein growled into her microphone, more beast than woman, her large mouth seemingly unhinging as she roared. 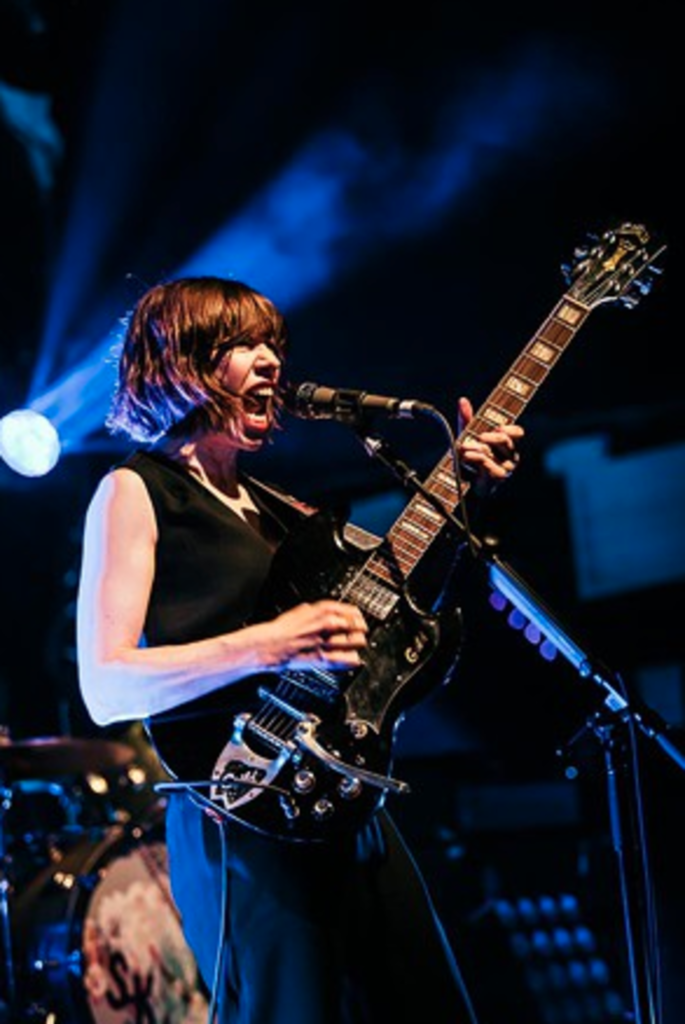 But more than her voice, Brownstein’s real moments of awe came when she let loose on her guitar – which occurred frequently. Seeing the lithe, toned Portlandia star curl over her guitar, stalk the stage and shake her cropped hair as she stretched out a sizzling, reverb-soaked ending to “What’s Mine is Yours” was particularly gratifying.

Brownstein was also the most mobile onstage, often creeping over to Tucker’s microphone stand and baring her strings as Tucker trilled through her choruses. She was most prone to striking a dramatic stance, and the crowd ate it up every single time.

Perched on a raised level at her kit between these two leading ladies was Weiss, whose propulsive, driving rhythms had their own starring role. Sleater-Kinney’s music has never sounded particularly clean – which is the point, really – but Weiss’ drumming was some of the tightest elements of musicianship on stage all night. 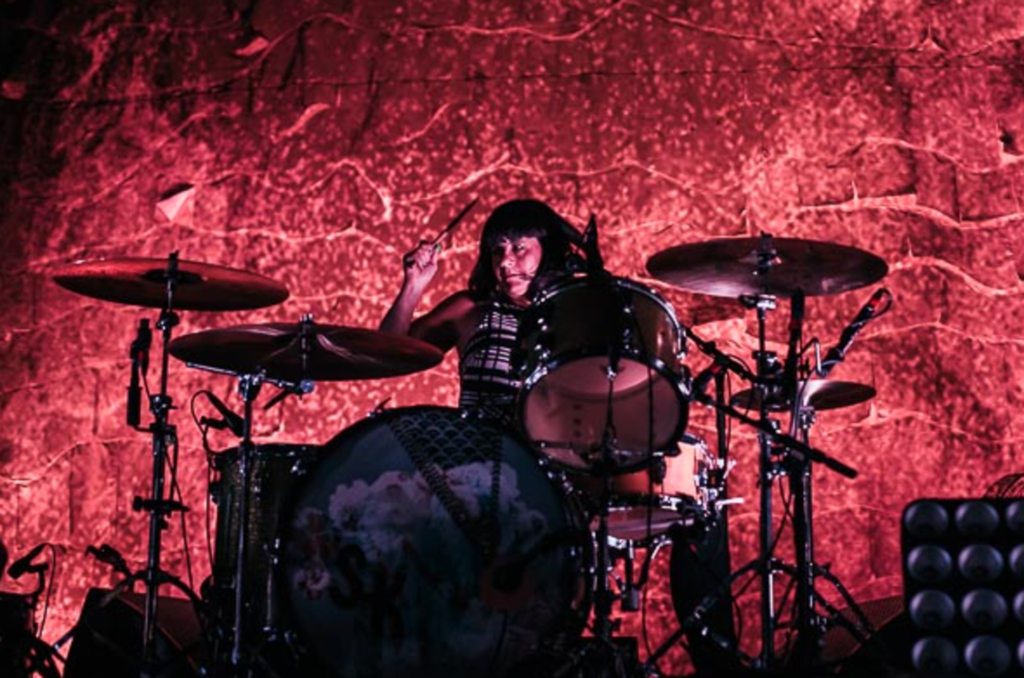 If anyone had been worried about what Sleater-Kinney’s live show would sound like after an eight-year absence, this night at the Uptown assuaged any concerns. There was an obvious chemistry on stage. In those 90-some minutes, Sleater-Kinney seemed so unified, so wholly formed and so sonically flawless, that it was hard to remember what we had been doing without them for all those years.

“Sleater-Kinney isn’t something we can really do unless we feel a sense of urgency,” Brownstein had told me a few weeks ago in a phone interview. I found myself recalling those words as I watched the band storm through its set last night. Indeed, there was a feeling of urgency on stage, a blistering need to bare teeth and knuckles and prove that Sleater-Kinney was still relevant, still needed.

Well, no one doubts that. 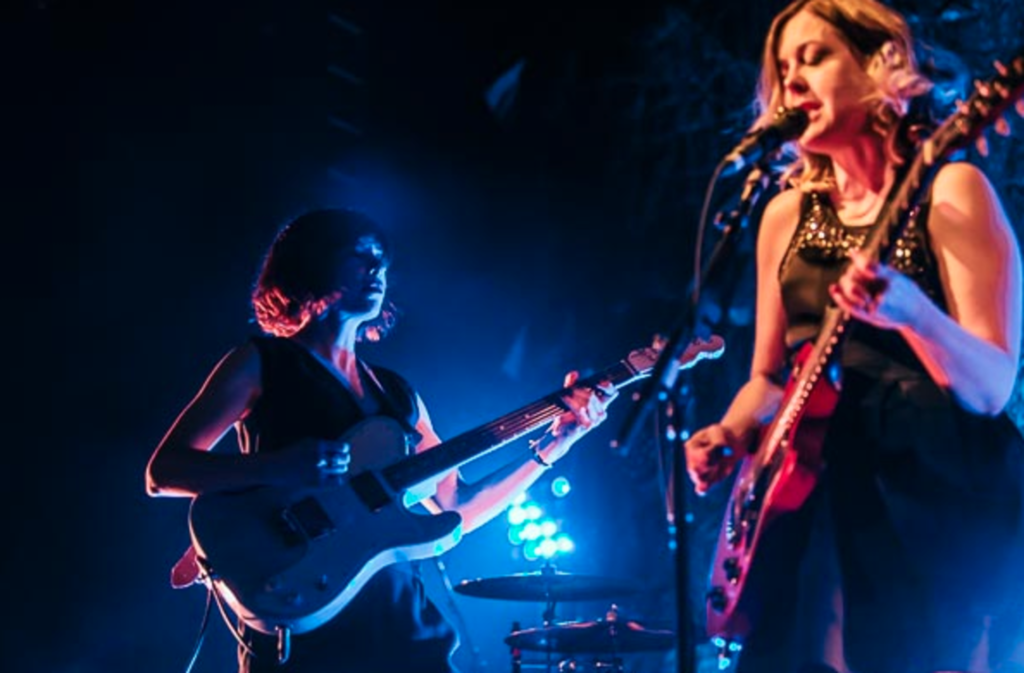 The band ended with “Modern Girl,” its only slow and delicate song of the evening. Brownstein took the lead on vocals, her low pitch a perfect match for Weiss’ harmonica (more of that next time, please). Though Sleater-Kinney had given the audience an hour and a half, the show still felt short – a brief, bright starburst. Still, no one felt cheated.

“That was beautiful,” someone in front of me exclaimed passionately as we were filing out into the Uptown’s crowded hall. Yes, it was. 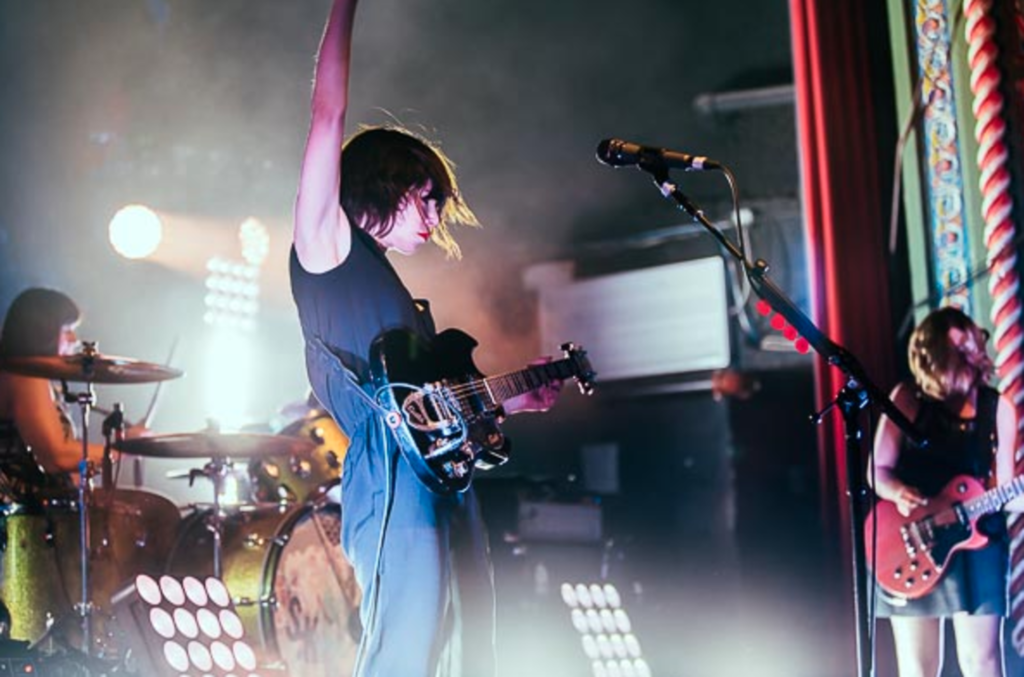 Leftovers: I saw Carrie Brownstein smile several times in the middle of one song. I can’t remember which, but it happened and it was glorious.

Also: Seattle-based Theesatisfaction opened the night with its own brand of upbeat hip-hop and R&B. They’re an interesting duo; singer Catherine Harris-White has a sultry tone, and she plays off rapper Stasia Irons nicely. Listen here.

Setlist:
Price Tag
Fangless
Oh!
Start Together
What’s Mine Is Yours
One More Hour
A New Wave
No Anthems
Turn It On
I Wanna Be Your Joey Ramone
One Beat
No Cities to Love
Bury Our Friends
Get Up
All Hands on the Bad One
Hey Darling
Jumpers
Entertain
—
The Fox
Words and Guitar
Modern Girl