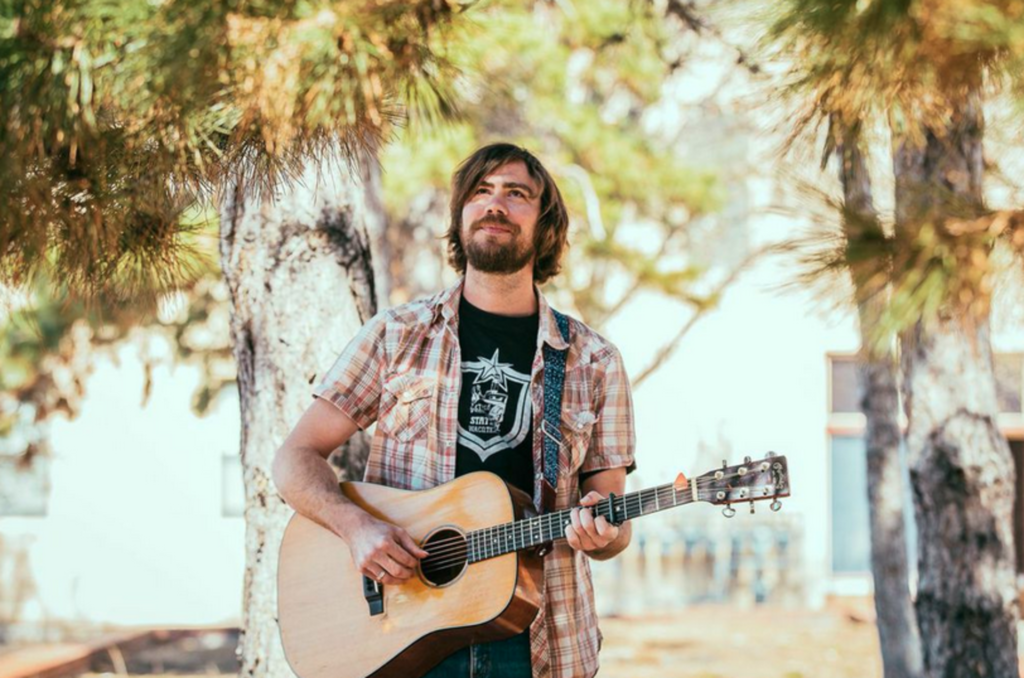 Sky Smeed is a welcoming man. Almost every minute he’s on stage, he’s like the neighbor waving from across the way, hollering “Hey, I gotta you show you my new sofa!” or “Check out the new picture I finally got hung up!” or “Let’s have a beer!” No matter how busy you are, you just want to go see what he’s got.

And Saturday’s show – the CD release party for his new album, Drive All Night – was something he’d clearly been looking forward to sharing for months. 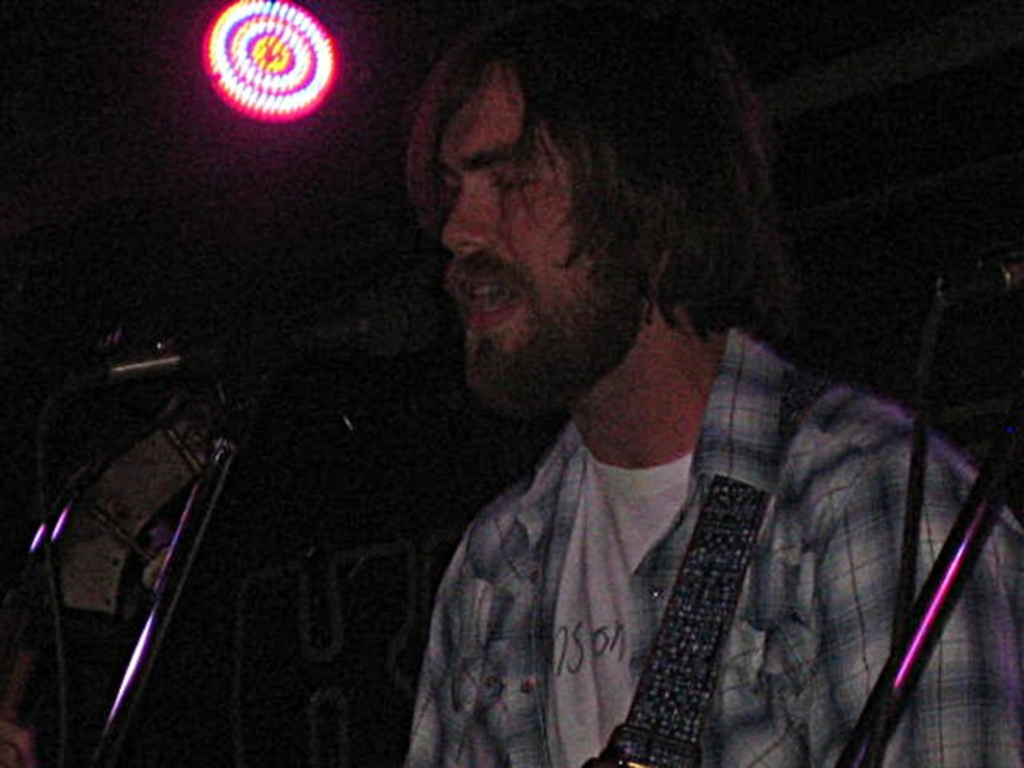 Truckstop Honeymoon’s Mike and Katie West – whose Lawrence recording studio, 9th Ward Pickin’ Parlor, was the setting for Drive All Night – were on deck last night to back up Smeed. The trio’s filled-out sound added a new depth to Smeed’s music, as Katie West’s hearty upright bass and Mike West’s rich guitar tok up all the extra space in the room (of which there was not much).

Smeed’s set was filled with no fewer than three road songs (or maybe three and a half, depending on how you count) out of the eleven he played. But he was clearly glad to be home, playing in front of friends, family, fans and even, he said, laughing, “enemies.” (Technically, Smeed wasn’t quite home, which is Chanute, Kansas.)

Enemies are hard to imagine. Opening with “Blue Highways” and pausing for the heartbreak of “I Don’t Know What To Do,” Smeed suddenly seemed to shift into a Saturday night gear and walloped the crowd with the singalong song “Smoke ‘n’ Spice.” (The crowd’s line: “Barbecue!”)

After a grin, a giant thumbs up, and an interlude for birthday wishes for his dad and a few friends (it was that kind of show), Smeed kicked into “Our Love’s Still Hanging On,” a melancholy but hopeful love song. Before launching into “This Land,” his most political song, he asked, semi-rhetorically, “Does anyone here catch fish and keep them in their swimming pool? No?”

“Well,” he admitted, “I’m disappointed. In Chanute, people do that all the time.”

It was an apt introduction to a song that’s the bitter, disappointed side of Woody Guthrie’s best-known song. It also gave the audience a chance to see a gentled Truckstop Honeymoon, with West’s whispery, dark banjo lines driving home the song’s regrets. Truckstop’s own opening set was raucous, filled with homespun songs like “Homemade Haircut” and “Johnny and June,” but it also was a touch arch (Exhibit A: “Your Mother Is a Sociopath”). It was nice to hear their quieter side. 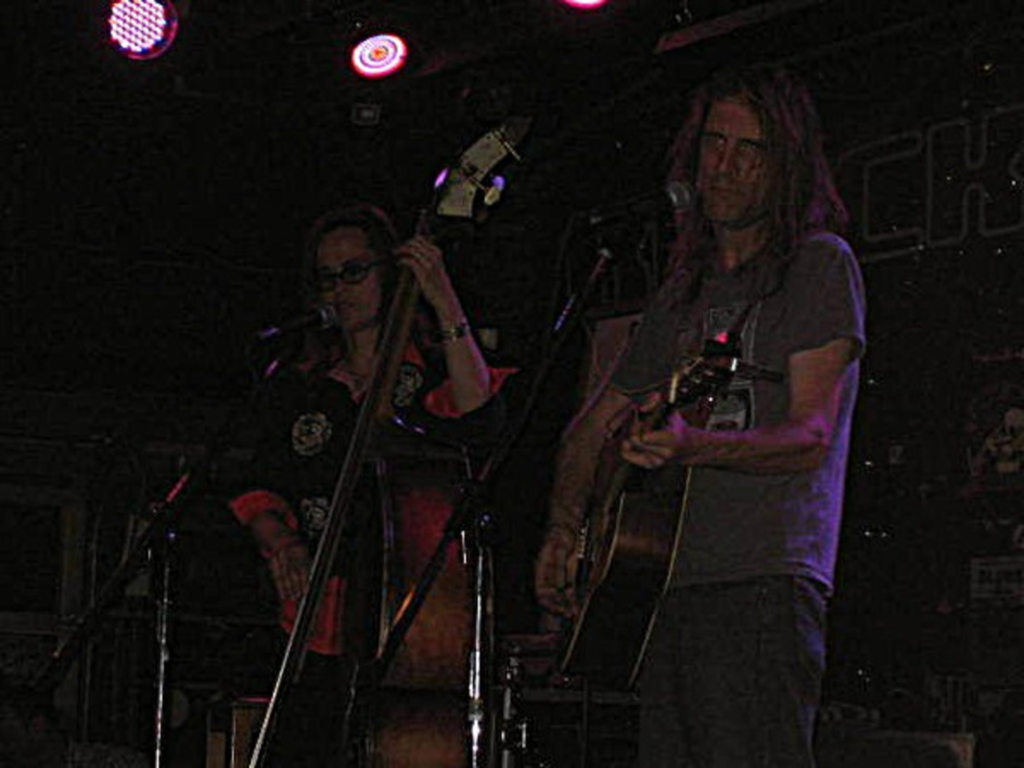 Even as that lone moment of lament died away, Smeed looked up, smiled and said,”Hey, this is fun, huh?” He followed with a pair of road songs: “Drive All Night,” featuring an imaginary harp solo (“Just pretend,” Smeed urged), and “Long Way Down the Road,” written in an obviously very lonesome moment in South Dakota.

As Smeed did an imaginary pantomimed “leave the stage,” for a well-earned encore of the comical “Talkin’ Medical Marijuana Blues,” which the crowd clearly wasn’t going to leave without, his sense of humor took center stage. It’s hard to imagine him ever having a bad day, let alone needing an incredible edible. (Even his most desperate tune, the heartfelt “Hard Man To Love,” winds up being a sincere apology.) His genuine warmth made this Smeed show comfortable – and, ultimately, comforting. 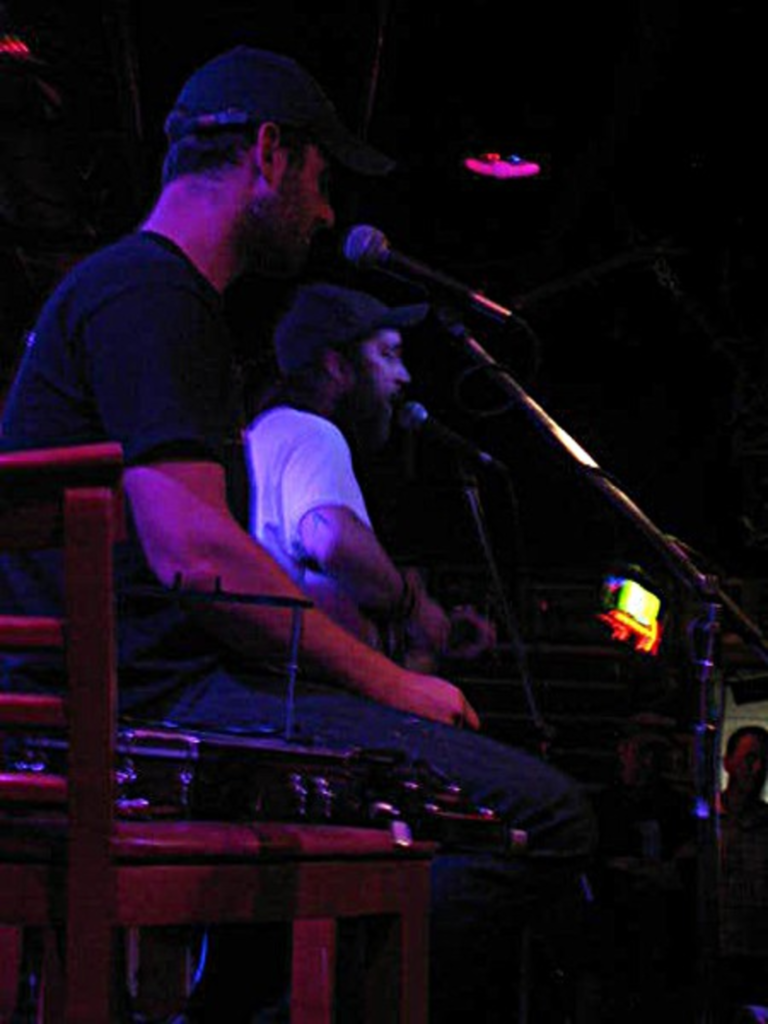 Leftovers: Sky Smeed isn’t exactly a mellow songwriter, but Saturday’s show was one of the rare evenings when the night got progressively quieter musically. Essex, England’s Beans on Toast, who’d met Truckstop at a festival in England, were at the very end of a six-week tour, but the duo’s enthusiasm had the impact of a full-on rock band.

Technically just one man, Beans on Toast, buoyed melodically by multi-instrumentalist “Banjo Bob” Groves, mines the anarchic songwriting vein of folks like Frank Turner and Billy Bragg, but with more than a little of the manic verbal slapstick and whimsy of (beware: massively obscure late ‘70s British reference ahead) John Otway and Wild Willy Barrett. For instance, when, admittedly “knackered” from the tour, Beans on Toast forgot the second verse of a song, he nodded and said “Yeah, that only deserves half a clap for half a song.” He ably shifted into a nice little love song for his wife, Lizzy B, whom he misses massively, but for things like her knee socks and love of tequila. That, in a nutshell, was Beans on Toast.