Skeezed out about the whole begging-for-Amazon thing? You’re not alone 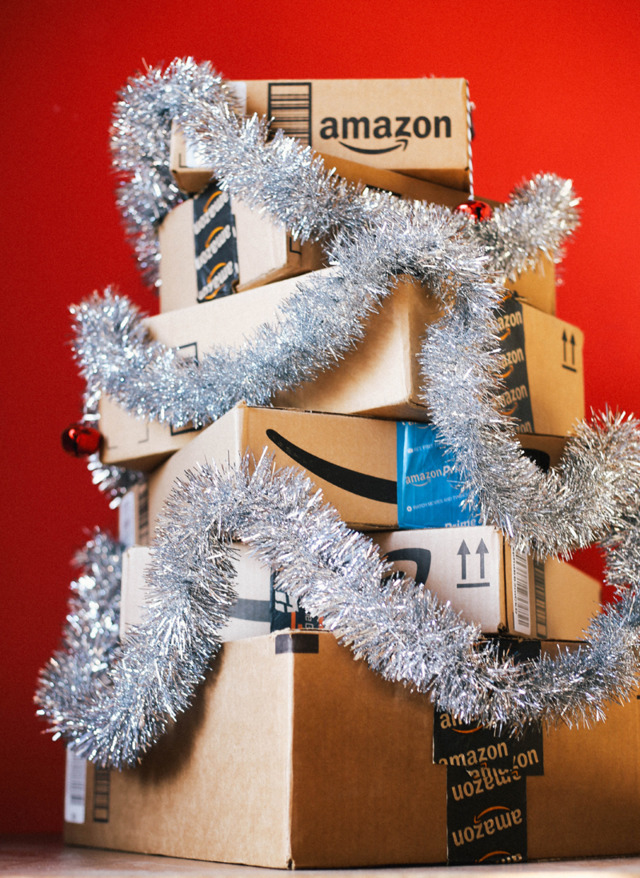 On a table in my office is my new hedge trimmer. It’s a safety-orange Black & Decker, lightweight and well-reviewed. The box is already in a recycling bin, and I’m charging the battery right now, as though I mean to attack my front yard’s lone bush at a dead run straight from my car in the day’s waning light. Today that plant is stout and green. So am I, unfamiliar as I am with the latest in electric gardening gear, and with my running shoes idle the past few weeks. Tomorrow, who can say whether hedge or man will be the more reduced?

I bought my new toy from Amazon this week. Because I have Amazon Prime, and because I treat the world’s third-largest retailer like a really big warehouse I’ve stumbled into after drinking a bottle of bourbon, the same box also included the first Crazy Horse album and more of the deodorant I’m almost out of. Amazon, you see, is my heroin and my Xanax. I can confess this because I know it is true for many of you as well. We are in this together.

Our shared shivering enthusiasm is so powerful and so widespread, in fact, that when Amazon recently made known its interest in building a second headquarters in some non-Seattle metro, mayors everywhere pulled on their Veruca Salt dresses and sang out to their constituents that they were going to have that golden ticket, oh yes.

Kansas City, Missouri, Mayor Sly James wears a size Charlie Bucket when it comes to these contests (never forget), but he and other boosters here insist (with an embarrassing lack of irony) that there’s no reason why Jeff Bezos shouldn’t build his company’s pied-à-terre in our metro. (They are wrong.)

My heroin, your Olympics — sure, I get it. But let’s think this through.

It’s hard to picture Amazon settling in a community riven by a border war and at odds with the more conservative, rural elements of its two parent states. We lack a vision for mass transit, and there’s about to be a weird and draining fight between people who’d like a new, single-terminal KCI and people who’d sign a petition against a Trailways depot if this City Hall wanted one.

Then again, you don’t have to be a foil hat–wearing skeptic to doubt that an Amazon build would be a great benefit to the place that gets the nod. As the workweek winds down, then, I offer you an article published a few days ago by DigBoston, beseeching the decision makers in that town to let Amazon be somebody else’s albatross. Treat it as a Mad Libs that happens to have been written by Massachusetts residents. The first paragraph doesn’t mean a lot to those of us in the heartland, but the links in the story serve to inform that queasy feeling you get when you wonder whether you’d be able to buy a house around here for less than half a million dollars if we took on an influx of developers earning six figures:

For both the city and the state, there’s another big red flag: Amazon proposes to spend $5 billion building a campus of around 8 million square feet. Leaving aside the lack of the necessary 100-acre plot in or near downtown Boston, that kind of build-out is going to place a huge burden on both our metro housing and transportation infrastructures. Yet Amazon is coming on to cities like Boston with hand outstretched. Looking for the tax breaks and direct aid (read: bribes) that all big companies expect when they move to a new location these days. And after starving even more social programs to pay for this latest boondoggle, what are working families going to get back from the huge multinational?

Probably not much. According to the New York Times, Amazon only paid an average local, state, federal, and foreign tax rate of 13 percent between 2007 and 2015—far less than the official federal corporate tax rate of 35 percent alone, and less than even the 15 percent corporate tax rate that the Trump administration is trying to pass. Given that Boston real estate developers have been allowed to build primarily “luxury” condo complexes in the last many years, vacant units will be quickly snatched up by Amazon employees, and then the remaining downmarket properties will be upgraded by landlords looking to cash in. The result will be even more Bostonians without decent housing, legions more homeless people, and little new tax revenue to pay for the mounting social crisis thus created—or for making the desperately needed repairs and upgrades to our crumbling and utterly underfunded public transportation infrastructure.

We don’t really have a 100-acre urban plot lying around, either. And if you’ve had to outmaneuver overbidding house hunters in the recent past, pay attention to that second paragraph.

The Mad Lib works the other way, too, I guess, if your fantasy involves bigger cities turning up their noses at Amazon, leaving the field open for less orthodox choices. Well, Boston’s out! Let’s go get it! Ditto if you’re Sprint and you dream of making your Overland Park campus the ultimate Airbnb. Or if you’re a real estate developer or anyone else with a hankering to see Cordish’s cranes go up for Three Light, Four Light, Red Light, Blue Light.

My relationship with Amazon works better long-distance. I hope the company feels the same about the 816 and the 913.

Also, this just in: Philadelphia should probably get it anyway.